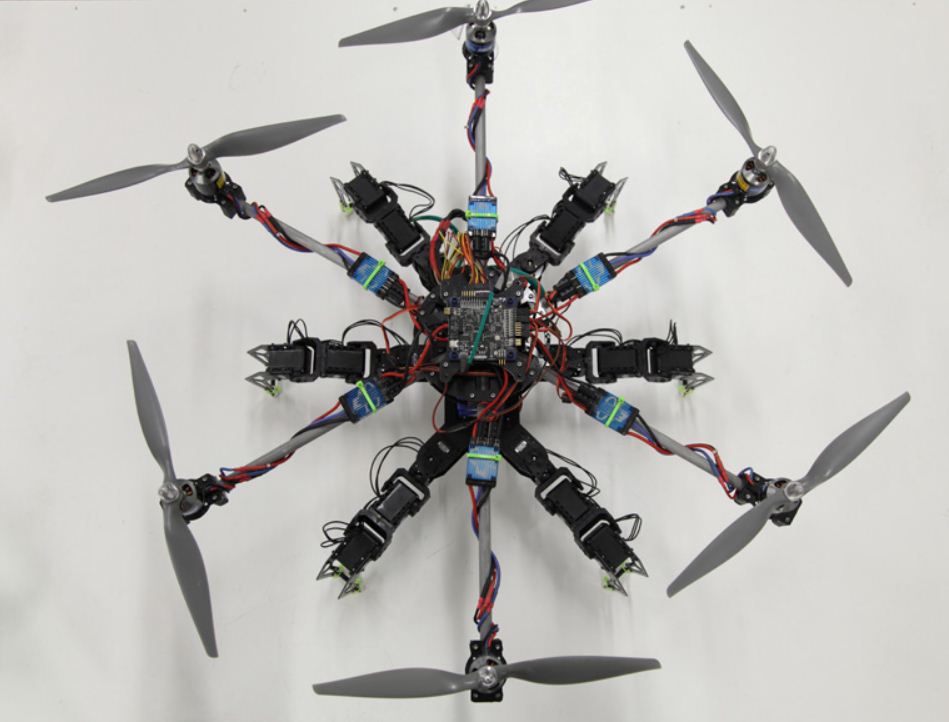 No surprise that this insanely cool creation comes from a company called “Mad Lab Industries!” A cross between a quadcopter and a hexapod, this awesome robot can walk, fly, pick up items and even show off some slick dance moves. Get the inside story from the Mad Lab guys below, and don’t miss the videos, which are guaranteed to make your day! (We just want to know when we can get one for ourselves!)

“So, we have been tossing around the idea for a while now of trying to get a Quadcopter to mate with a Hexapod and produce us a mechanical offspring that could walk and fly. So when we came across the opportunity to get a PhantomX Hexapod kit from our friends over at Trossen Robotics we jumped at the chance. Thanks again to the guys over at Trossen for the Kit, and your assistance.

Our first attempt at getting a Quadcopter that could walk involved locking the two machines in a closet for a few days in hopes nature would take its course. When it became apparent this approach wasn’t going to work we knew we had to intervene.

We knew right away that the Hexapod needed to be lighter, a lot lighter. So we opted to make a carbon fiber frame and legs for it. We designed up a frame, and used some spare G10 we had lying around to cut a test frame (Its WAY cheaper the Carbon fiber if you make a mistake). After the test frame was cut, and the Hexapod assembled (a long tedious process involving lots of tiny Dynamixel screws and nuts), programmed, tested (A very fun process), and disassembled again we cut ourselves a fancy and lightweight carbon fiber version.

Switching to Carbon Fiber turned out to be a very good decision, not only did it save us a ton of weight over the original ABS plates that come with the kit, but it also looks super cool. Even though we dropped a ton of weight we decided we needed to go with a 6 rotor setup instead of a 4 rotor simply for stability reasons. It was well worth it, not only for the weight loss, but simply for how cool the thing looks after.

After we had our awesome light-weight Hexapod finished it was on to working on the Quadcopter aspect. This was obviously the simple part for us since we already have several multi-rotors we make and sell, and was a simple process of cutting a new bottom plate for one of our kits. After careful consideration we decided to go with a Hexcopter kit instead of a Quadcopter. This was mainly due to the weight (and price) of the payload, we didn’t want to risk going small and wrecking our sexy new Hexapod. Since we are in the process of moving, and didn’t have our stock of carbon fiber tubes on hand we decided to use some spare 2024 aluminum tubes we had here.

Deciding what flight controller to use was a simple process for us, Hoverfly Pro to start with all the way. The Hoverfly Pro provides the simplest, quickest, and very stable setup to get you flying with very little hassle (certainly no PID tuning required!). E-Flite Power 15 motors, and E-Flite 40amp ESCs were used mainly as they were also spares we had sitting around from previous builds, plus they are very reliable.

Once all of that was figured out, and cut, then assembled, the whole build process (Hexapod, Hexcopter, and figuring out the mating process) took us about 16 hours spread out over two days. Below are some shots of the awesomeness we have created during the build process and assembly.” 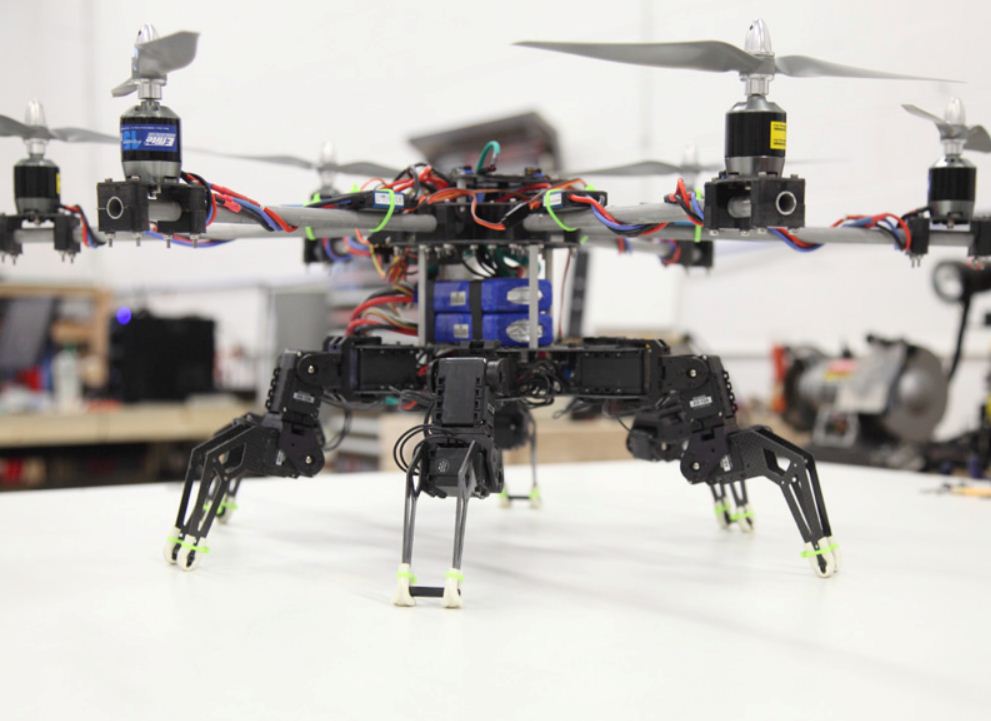 (This video is at 2x normal speed!)