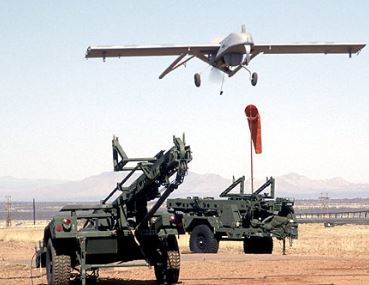 This weekend at the Long Beach Convention Center, you can get up close and personal with a Shadow UAV at the U.S. National Guard booth! The RQ-7 Shadow UAV is used by the United States Army, Marine Corps, Australian Army and Swedish Army for reconnaissance, surveillance, target acquisition and battle damage assessment. Launched from a trailer-mounted pneumatic catapult, it is recovered with the aid of arresting gear similar to jets on an aircraft carrier. Its gimbal-mounted, digitally-stabilized, liquid nitrogen-cooled electro-optical/infrared camera relays video in real time via a C-band line-of-sight data link to the ground control station.