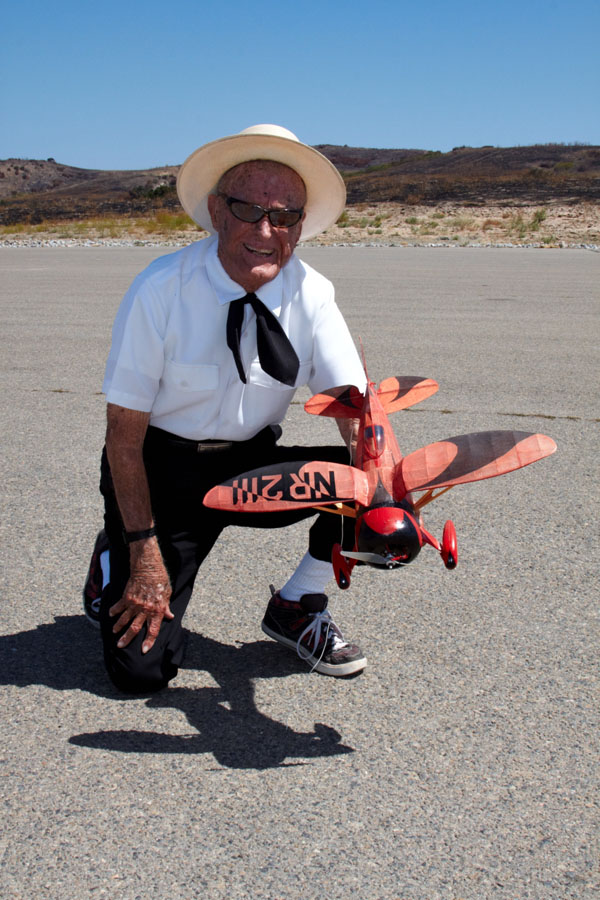 Talk about a thrill. It’s early 1930’s: you’re crazy about airplanes and the Cleveland Air Races are on! Your favorite racer is going strong—it’s the Springfield Bulldog… Yes, you are trying to build Cleveland’s one inch to the foot scale rubber powered wind-up model, but it was really too much. The difficulty was beyond me. I never really finished it but let’s fast forward! 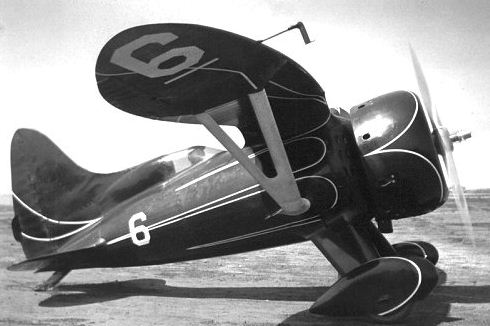 Down to the hobby shop I go for the works; motor, ESC, LiPo packs, servos, receiver and a charger. Well, and I thought turbine aircraft were expensive! First off, not in all that stuff was there a wiring diagram for me period. That was the start. 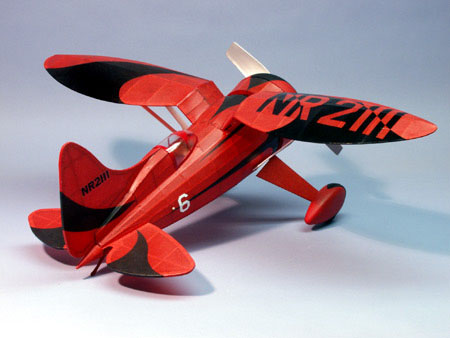 The balsa kit from Dumas Products was very well done with most aspects, however, I would liked rolled plans, not printed on both sides, so that I can alternate between components. Complete parts shown on the plans, now if you lose a laser-cut part, you are out of luck. Japanese tissue should not be folder. It would be wonderful to have thrust angles for normal flights included on the plans, but none of us are perfect. All in all, a very good kit. 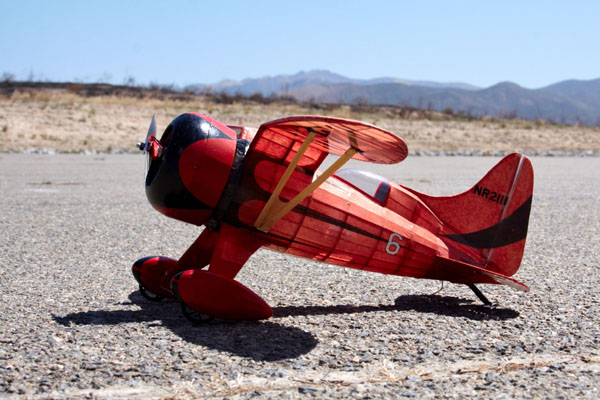 You and I both know that any modeler worth his salt builds according to plans. Are you kidding? Right, what do they know? Nothing really.

My changes—first reduce the dihedral to zero per the original prototype aircraft. Next, wing and struts were made removable. For the tail feathers, which were made from 3/32 inch square stock, I switched to 3/32 inch flat sheet balsa. I strengthened the inside of the cowl with glass cloth tape. Also, if you’re going to have any type of landing you must beef up the gear for the added weight. 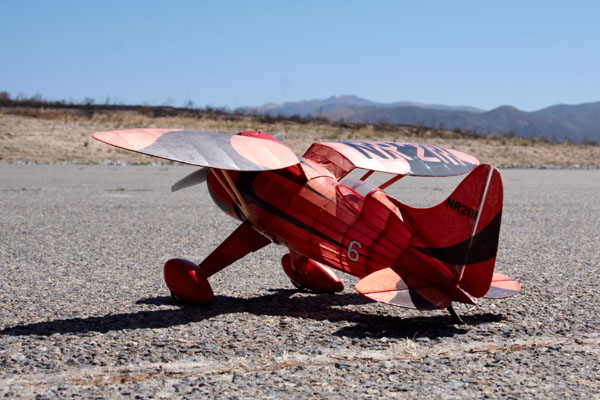 Now about flight stability we all know roll response is aileron, pitch is elevator and yaw is rudder. Well my wing is way too small for servos or any mechanical things of that nature. So, what do I do? Well, we go with “Tailerons” of course. That’s elevators that also operate as ailerons like as used on delta wing designs. Will it work? Never used it on a conventional airplane design before. We’ll see.

With the centerline of the fuselage as a reference, the stabilizer is set at zero degrees, and the wing is set at +2 degrees. The motor thrust line is 3 degrees down. The model still climbs under power, which it should. For guidance, I used three Airtronics 940911 ¼-ounce servos. You can get smaller, but not better! Also I used the Airtronics 92515 receiver which is super quality throughout. For a transmitter, I used the Airtronics VG6000. It is all you could ask for and I love mine.

This setup spins a 7×7 propeller at 9,100 rpm and draws about 100mAh for every three minutes of flight.

The flight controls are set as follows: 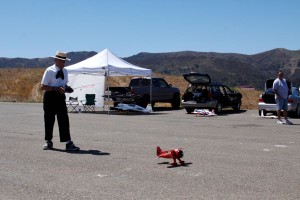 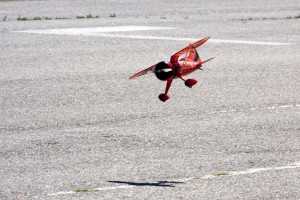 On takeoff, I stepped on the antenna wire, gave full power and released the antenna, and the model veered to the left which I corrected and then the model swerved right. It goes left again and does a snap and goes straight into the ramp nose first! Damn!

Well, what did you expect? It took two days to repair and while I was at it I removed the left wing warp and set the aileron response on the tailerons to 10 degrees. The next flight was beautiful with no problems. I was thrilled to death. Now after 73 years, I am most pleased to have my very own Bulldog! What a thrill for an old guy!

A well known RC Scale competitor and talented  modeler, Colonel Robert E. Thacker, USAF (Ret.) was born in 1918 and is a retired test pilot, a lifelong model aircraft enthusiast, and designer. A graduate of the Air Force Test Pilot Academy at California’s Edwards Air Force Base, Thacker was responsible for test flying a wide variety of aircraft from 1939 until 1970, including the first accelerated tests of the P-80 combat-ready jet fighter, assisted by Cpt. Chuck Yeager. 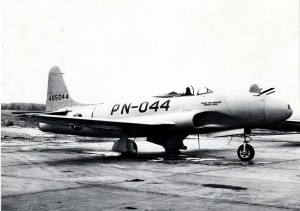 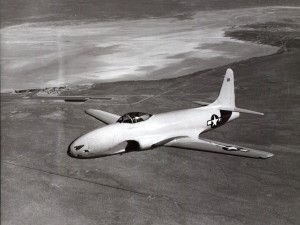 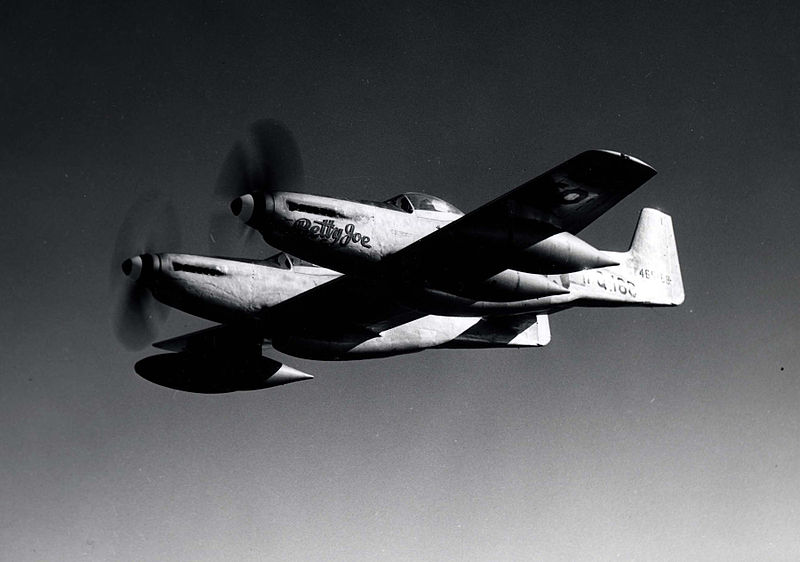 His most notable achievement came in 1947 with his test of the “Betty Jo”, a P-82 (twin Mustang)  named after his wife. This was to be the first non-stop test flight of a fully laden fighter between Honolulu, Hawaii and New York City, NY. The 14 hour 32 minute test flight started at Hickam Air Force Base on February 27 and ended at LaGuardia Airport. He even set the speed record at an average 350mph. Both the aircraft and the flight jacket he wore on the flight are on display at the National Museum of the USAF, at Wright-Patterson AFB. 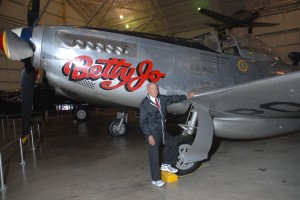 The Colonel also test flew a solar powered aircraft built by Lockheed in 1972.

In wartime, he flew two tours of duty in a B-17 during WW2 a single tour in a B-29 Super Fortress, and classified high-altitude reconnaissance missions during the Vietnam war.

He currently resides in San Clemente, CA with his wife and he remains active in the RC hobby and is an active AMA member frequently flying at Scale meets in Southern CAlifornia with his giant scale turbine powered F-15 Eagle.