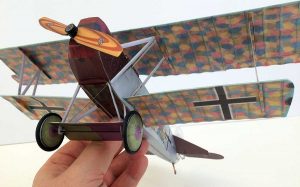 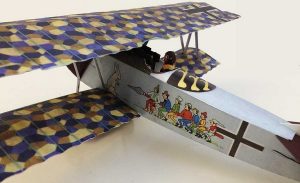 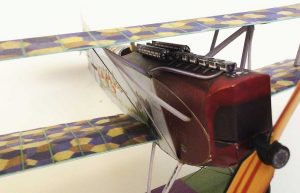 Available to order until 10th December 2016

Only available for a short period of time, and limited to a small production run (250 units) a Microaces Limited Edition kit provides a very exclusive aircraft with an incredibly unique livery. An opportunity to own, build and fly something just a little different from everything else out there.

Each kit is sequentially numbered during manufacture, and the number allocated is based purely on when the order is received via the website.

History in the Making

There is no other aircraft, from my recollection, that possesses a livery depicting an ancient German fable. But the Fokker D.VII in this exclusive kit has the ‘Sieben Schwaben’ (Seven Men from Swabia) depicted in battle with a hare, using their one shared spear. According to the tale, the men had mistaken the animal for a Dragon. The story is really an olden day ‘blonde joke’ about the people of Swabia and is thought to have been told by those in neighbouring areas of Germany as a tongue-in-cheek insult to the region.

Why Wilhelm Scheutzel had this scene depicted on his aircraft is not entirely clear. Was the art an ironic comment on the folly of war, an insult to the Allies that they would flee like rabbits or perhaps Scheutzel liked the war cry given by the leader of the Seven Schwaben in his attack on the rabbit: “then let us boldly advance to the fight, and thus we shall show our valour and might”?

Whatever the true reason, the artwork is certainly worth replicating and with the Microaces method of digitally printing directly onto the kit material, you get a superbly detailed facsimile of the original in miniature. 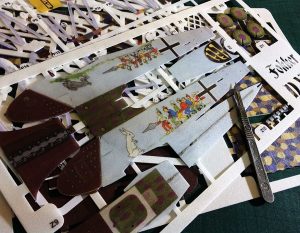 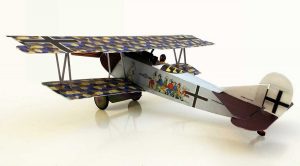 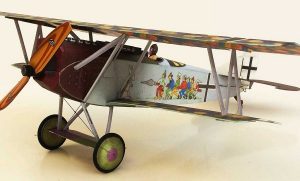