Sometimes a model RC aircraft comes along and just stands out from the crowd. Steve’s Rickett’s Miles M39B is one such model! Powered by two Saito 36FG 4-stroke gas engine turning Zinger 20×8 props, the M39B weighs in at 50 lbs., and took nine months to build up to the test flight stage. Many more hours went in to finishing the model after the test flight went well.

The impressive Miles M39b Libellula project is a canard design built to a 29% scale, (between 1/4 and 1/3rd scale). The full-size aircraft was first time on July, 22 1943, and proving to be aerodynamically stable.The Libellula, (pronounced ‘Lee-Bell-Loo-Lah’), was designed as carrier-based, high-altitude bomber to be powered by three turbojets. To test the theory a 5/8s scale version of the bomber was built and designated the M.39B. Flight trials were initially on a private basis, but in 1944 the M.39B went to the Royal Aircraft Establishment at Farnborough, where it suffered two accidents. After extensive repairs the work ended and the aircraft was scrapped in 1947. 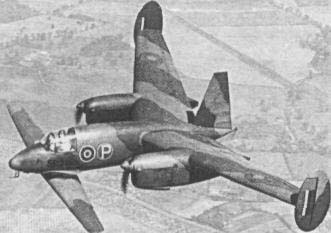