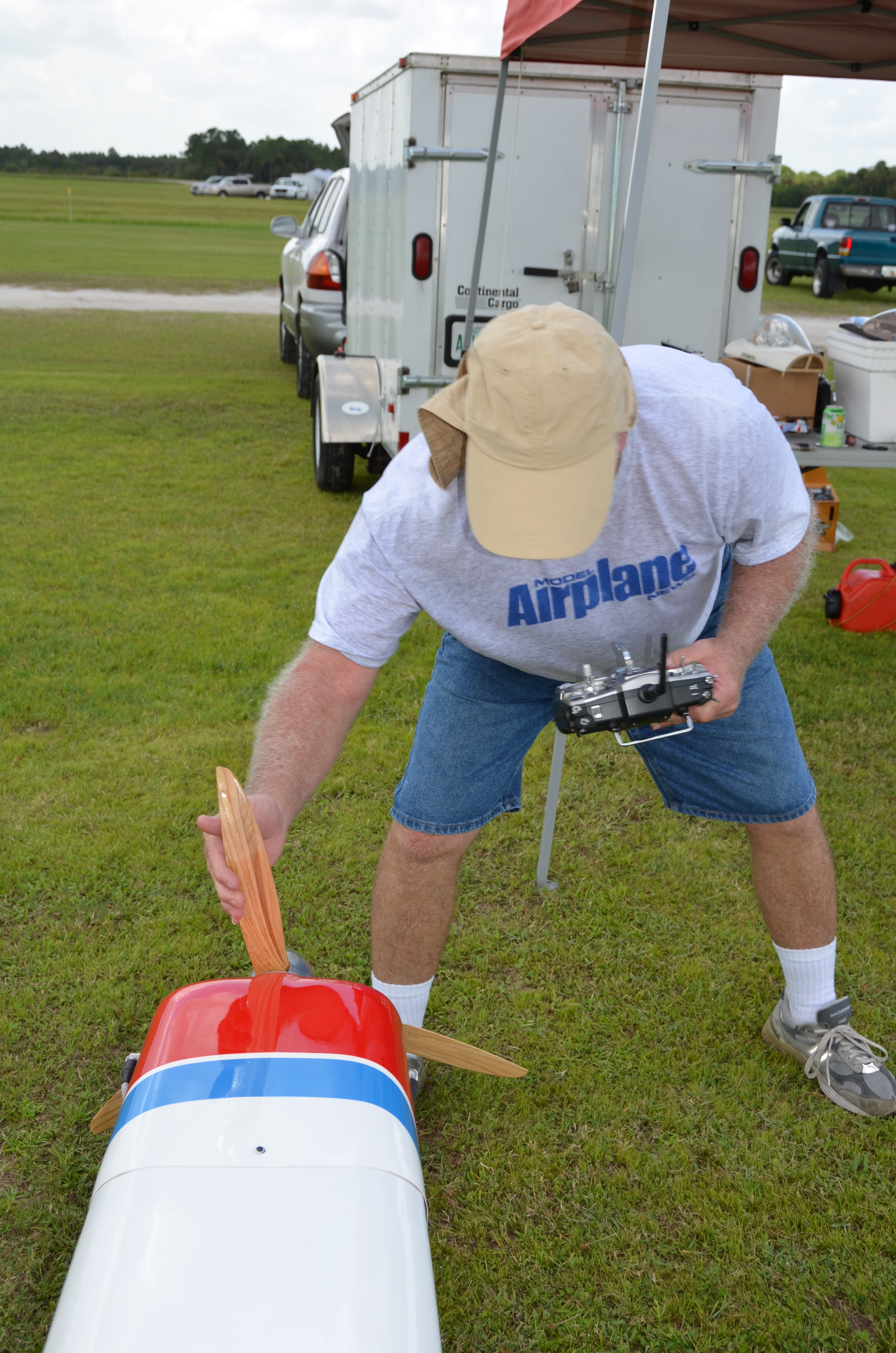 Model Aviation Day was August 17, 2013. The Academy of Model Aeronautics (AMA) proclaimed the inaugural date for all AMA Sanctioned modeling clubs throughout the United States to avail themselves the opportunity and celebrate “Model Aviation”. It was a day of relaxed and enjoyable flying among club members. No contest rules applied.

The Indian River Kontrol Society (IRKS) of Melbourne, Florida (http://www.irks.org) has an established venue with the County of Brevard and the vast area provided by the Waste Management Facility, located just west of Rockledge. The IRKS Club viewed this as an excellent opportunity to implement the “Wounded Warriors Project” where all proceeds would go to this worthy cause.

The IRKS field is sectioned off to allow for different sizes, categories; Control-Line, Park Flyers, Helicopters, gliders, and larger sized airplanes to fly without interfering with each other. Each pilot could bring anything that flew – SAFELY; Electrics, Glow, Gas, Quad-copters and yes “Foamies”!  What would a day of flying be without some of those indestructible foam-jobs?? Four pilot stations are provided on the main flight-line, limiting the number of regular sized and giant scale airplanes at any given time. The remaining areas of the field flew aircraft at the pilot’s discretion. 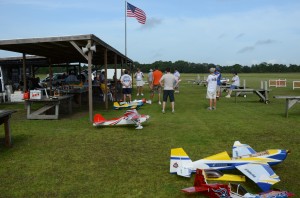 As the Announcer Dale Kai stated in his introduction to the day’s festivities: “This will be an enjoyable day of flying, without any bureaucratic interference”. All they asked was that each pilot have a spotter with them, at the pilot’s station. The added “set of eyes” would assist to warn other pilots and bystanders should an aircraft get into trouble. 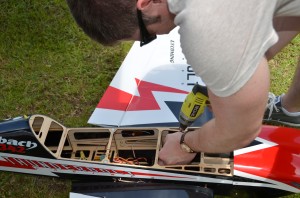 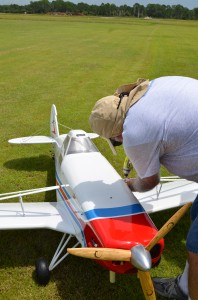 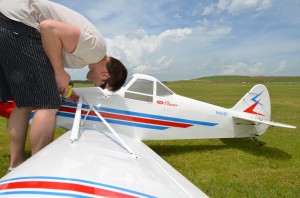 Aircraft are getting ready for flight… Here, an Sbach and a 33% Piper Pawnee are assembled. 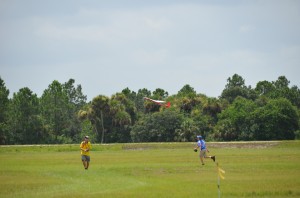 In an area reserved for glider traffic, the weather was ideal for glider flying; so much so, no other means than “hand-toss” was necessary!… With the glider action above, Dillon Graves, son of John Graves from Graves R/C in Orlando, Florida, just finished hand-tossing his XplorerX2 glider… 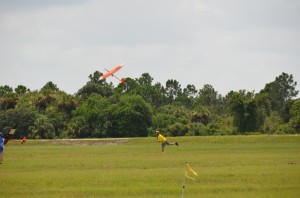 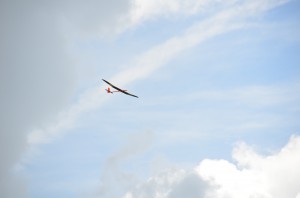 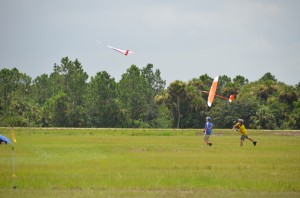 John provided the following information about his son:

Dillon participated in the Nationals in July, this year, where he won three titles: 1st Place Junior in Thermal Duration. 1st Place Junior in F3J and overall 1st Place F3J beating everyone including seniors in the F3J event! He was a member of the F3J USA Team 2012 and went to South Africa last summer for the World competition.

Dillon will compete again this Labor Day weekend in Chicago, to be on the F3J USA Team 2014. If he is selected, he will travel to Slovakia next summer for the World competition. He is sponsored by Airtronics and Soaring USA. Dillon Graves turned 15 years old on 10 August…

In these photos, Dillon is hand launching an XplorerX2 with a 3.8m wing span, alongside Jeff Duvall and Jody Miller. Both will also attend the team trials at the end of the month.

All of the sailplanes on the field were Xplorer X2’s with wing spans of 3.5,3.8 and 4 meters, respectively. 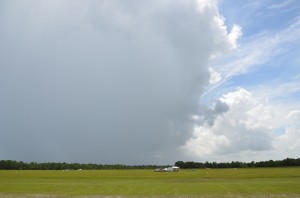 Except for an afternoon shower, the day proceeded without incident, not even a (God forbid) Crash! 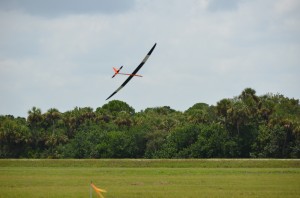 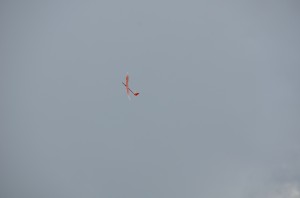 Some of the sights from around the field… 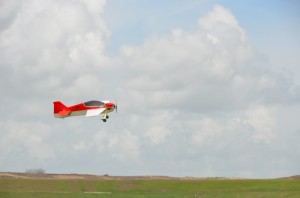 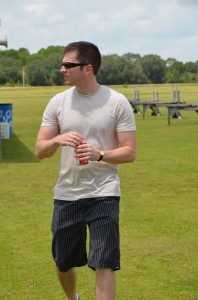 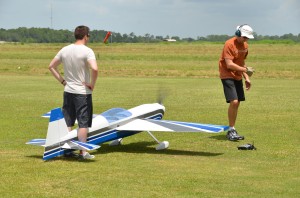 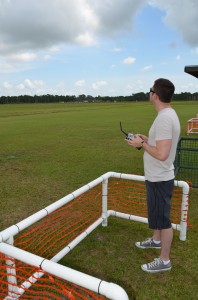 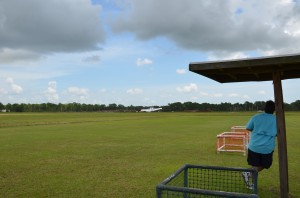 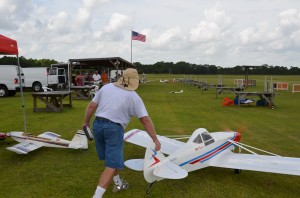 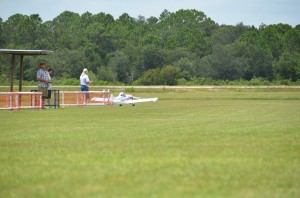 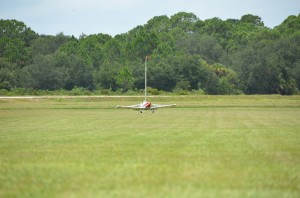 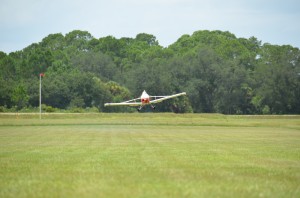 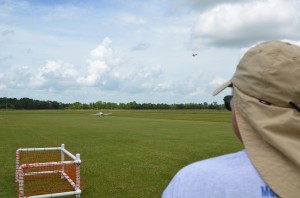 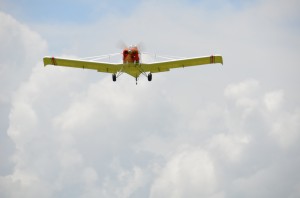 Above, The Piper Pawnee Takes on its Maiden Flight! 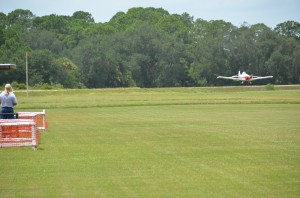 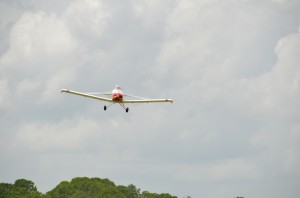 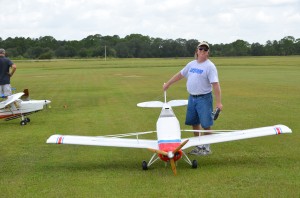 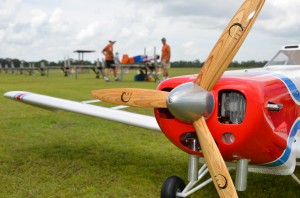 Big Planes Are a Real Treat To Fly!!

The day was especially FUN for this author. My No. 2 Son, Todd, joined me and his new bride, Michelle, arrived shortly thereafter. They were with me as a “Birthday Gift”! Since photography is one of Michelle’s passions, I gave her my camera and said “Take some good pictures; as many as you want of people and airplanes!” Later on, I had her position herself (carefully) at the end of the runway to capture some of my Pawnee climbing out. The results were just super! Oh yea, the first flight of my Piper Pawnee went without a hitch! During one flight, Todd telephoned his brother and sent him a “clip” of the Pawnee doing a low fly-by.

The collection for the Wounded Warrior Project totaled $1,231, stemming from registration fees, concessions and some generous contributions from the attendees.  Considering all we took in for a wonderful time today,  Special was this day in so many ways for so many people, indeed!

Special Thanks to the following individuals for their selfless efforts, are in order:

Gerry Armstrong – Cook (President, IRKS), Jerry O’Keefe – Contest Director, Dale Kai – Announcer , Phil Veatch – Flight-line Boss, Bob Decoteau, and Gary Fisher – Raffle Tickets. Most importantly, the Gate Keepers, for signing in all the entrants and visitors, directing them to the right place; Kris Van Nostran, Steve Formanek, and Al. To all those wives who support their “hobby-addicted” husbands, much gratitude is owed!!

Until the next time – Keep’m Flying!