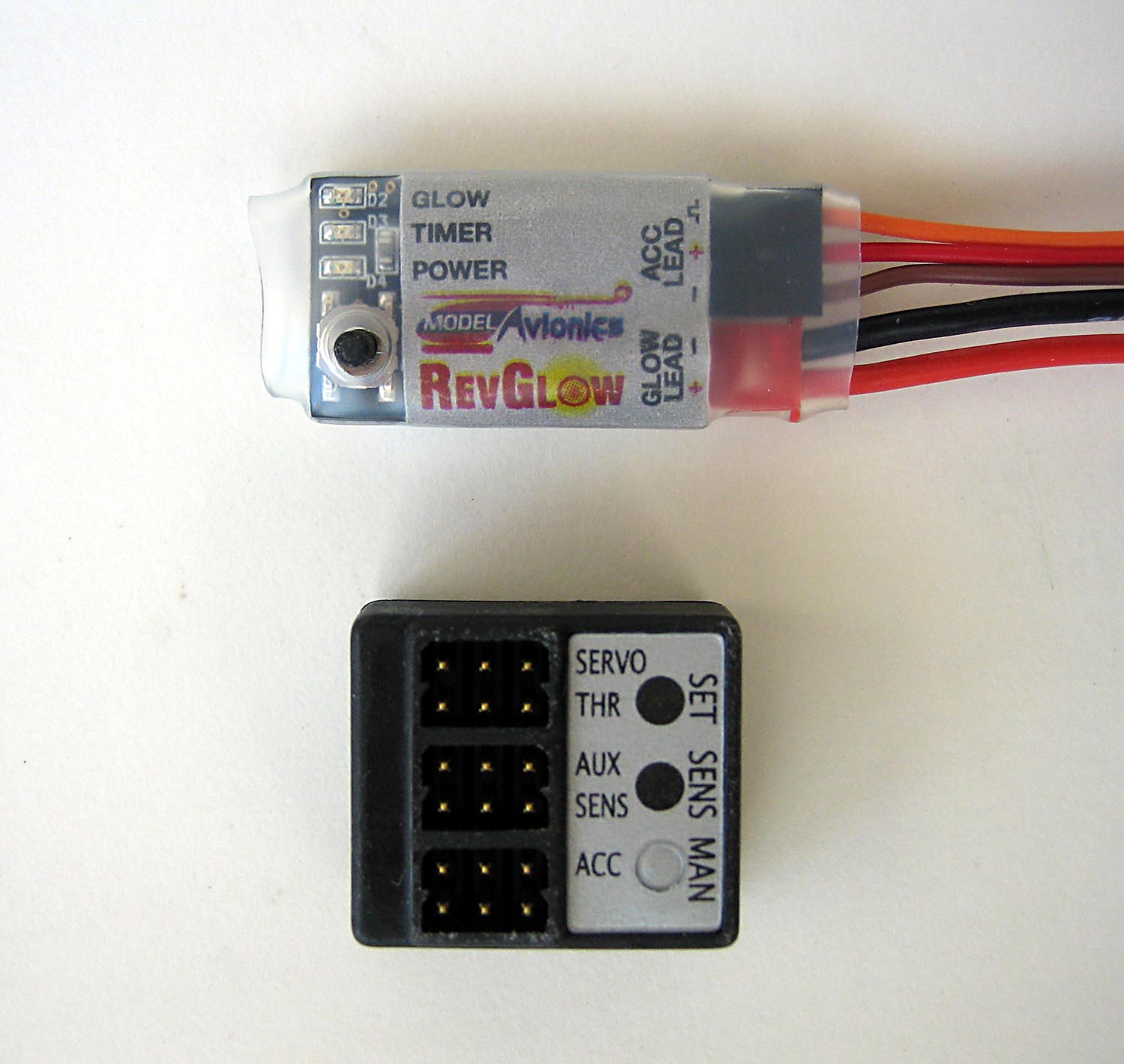 The RevGlow is finally a lightweight switchless way of igniting your glow plug. The RevGlow powers the plug for 12 seconds as soon as rotation is detected by the ThrottleMax sensor, but will not power the plug if the throttle is above 25%.  Now you can have an added measure of safety to keep your engine running while practicing autos because the RevGlow will power the plug for 12 seconds when you flit into throttle hold, and also means no more running to get your battery if your engine should quit prior to liftoff.

The TJ RevMax is the latest evolution of the Throttle Jockey for the intermediate, advanced or extreme flyer, acting as either a digital rotor speed governor or limiter, depending on the selected mode. It monitors and governs the engine speed while continuously adapting the response of the engine to the demands of the pilot.  When used as a limiter, and the rotor system is at or below the target rpm, normal throttle control is as per your personal throttle curves. However, it obviously protects the rotor system from an overspeed during extreme maneuvers.  When used as a governor, it’s designed to govern the engine speed between 9500 and 20500 rpm, which is also set by the pilot.

For more information on both of these products, visit  www.modelavionics.com