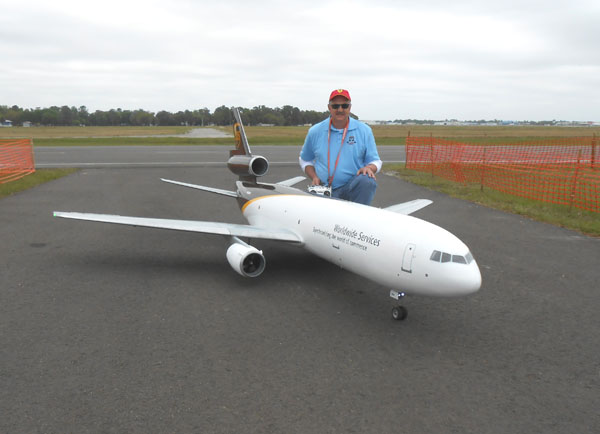 Florida Jets is an annual event in Lakeland, FL that has grown dramatically over the past few years—mostly due to site improvements and the huge, growing interest in jet RC flying. 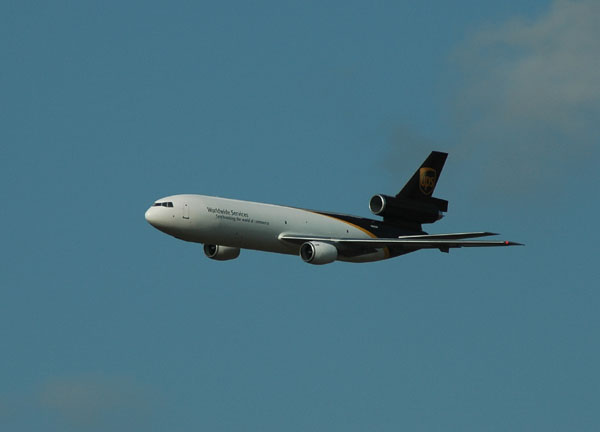 Adding impetus is the availability and accessibility of a wide variety of jet models and accessories. In general, the models are large, highly pre-fabricated and of amazing quality, usually consisting of composite structures. Most are also turbine powered; so why are we discussing them in an “electric” magazine? I think we can conclude the electric-ducted fan propulsion, to most enthusiasts anyhow, generally means a foam-structured model driven by a 70mm or smaller fan unit using a 3S or 4S battery. It may also include 90mm fan models with either foam or partially fiberglass components. Beyond this size, most electric jet models are either scratch-built or converted from other ducted-fan jet models.

Beyond the offerings of Bob Violett Models, there wasn’t much at Florida Jets to satisfy the interests of electric “fans”; I don’t know whether it’s a cultural thing or just the fact that electric jet fliers feel intimidated by the bigger, more powerful and cooler sounding “big guys.” There was, however, one absolutely eye-watering machine on hand that was “right” in all regards AND was electric-powered: the amazing DC-10 cargo carrier designed, built and flown by Robert Pannell.

Bob started with a 3-view drawing, lots of motivation (which he reports was challenged from time to time), and a desire to duplicate one of the fleet operated by his employer, UPS. 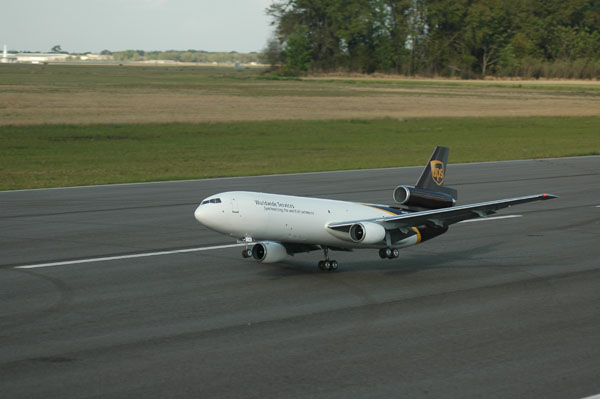 Balsa and foam are the primary building materials employed along with fiberglass lay-up where necessary. Dimensionally, the wide body is 124 inches long and has a 112-inch span. For power, Bob chose a pair of Schuebeler DS94 carbon-fiber four-blade units turned by Steve Neu’s 1527/1.5Y motors controlled by a pair of Castle Phoenix 110-amp, high-voltage speed controllers. Juice is provided by a pair of 12S LiPos.

In flight, there appeared to be no shortage of power, as the sound told you it was cruising around at way less than full throttle—really amazing scale performance for a 42-pound model!

Illustrating how this wasn’t just a thrown together “proof of concept” model, it featured full functioning flaps, leading-edge slats, spoilers and speed brake in addition to an impressive lighting package! And all of the components fit together and worked perfectly! PPG Concept auto paint system was used for the finish to replicate the UPS livery, a far cry from the more often seen “painted in the mold” finishes! Bob received the “Best Electric Jet Performance” award” for his efforts and clearly showed that there are still builders out there and some very good ones at that. Kind of gives some of us lesser electric jet enthusiasts something to shoot for.

Photos and Text by Rich Uravitch