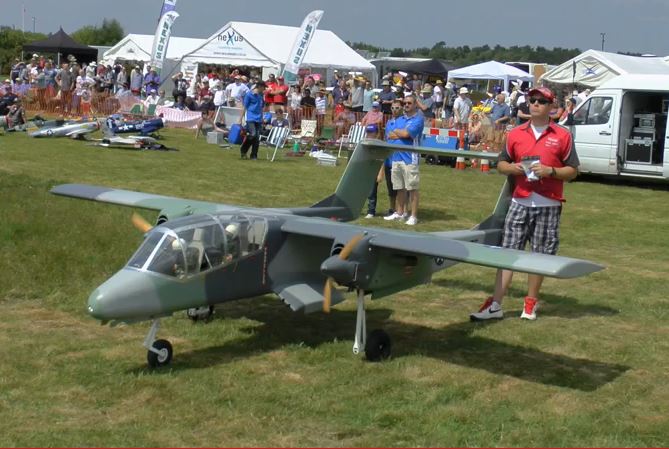 Without a doubt, our friends across the pond take giant-scale modeling seriously … just take a look at this behemoth Bronco! With a 14-foot wingspan, this OV-10 was designed to use two Zenoah 62 gas engines and weighs in at around pounds. The giant was originally built by Tony Nijuis, and new owner Steve Holland is flying it at the recent UK Blackbushe Air Show. It only takes Steve about 20 minutes to assemble the aircraft, and if you watch the video it’s clear that he has it down to a science. This giant twin is impressive on the flightline and magnificent in the air; check it out!