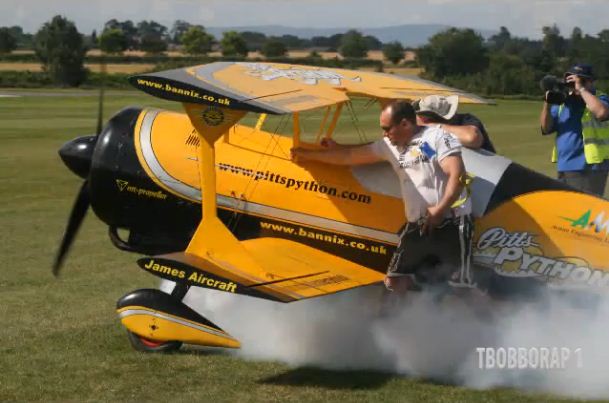 Get out of the way, ’cause that plane wants to FLY! The handiwork of father-and-son team Dave and Greg Hayfield, this monster 300+ (!) pound aircraft is powered by a 650cc Hirth engine spinning a 68-inch, 3-blade carbon-fiber prop. Hitec 805BB, 25kg servos are used throughout: 8 on the ailerons, 4 on the elevators, 2 on rudder, 1 on throttle and 1 for ignition cutoff, and a Futaba radio provides guidance. YouTube’s Tbobborap1 captured this video footage at the 20th annual Large Model Association fly-in Cosford, the United Kingdom last month. Dave notes that it’s the largest and heaviest RC model to be flown in front of spectators yet in the UK! 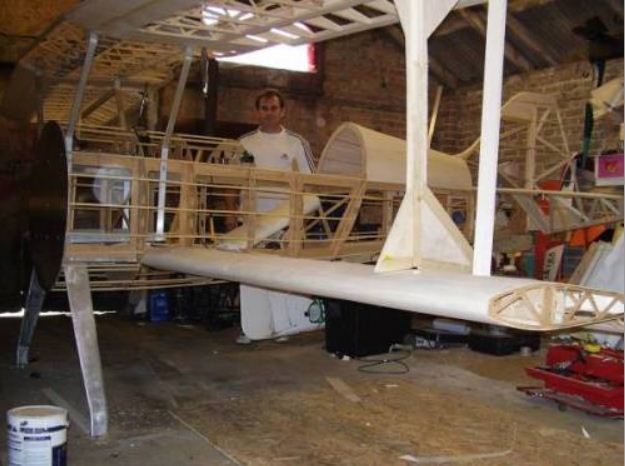 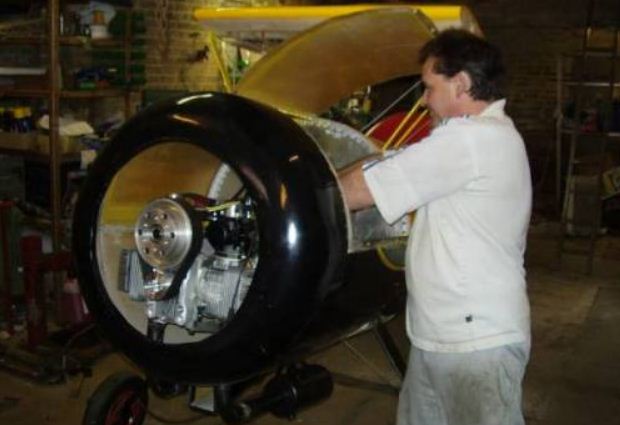