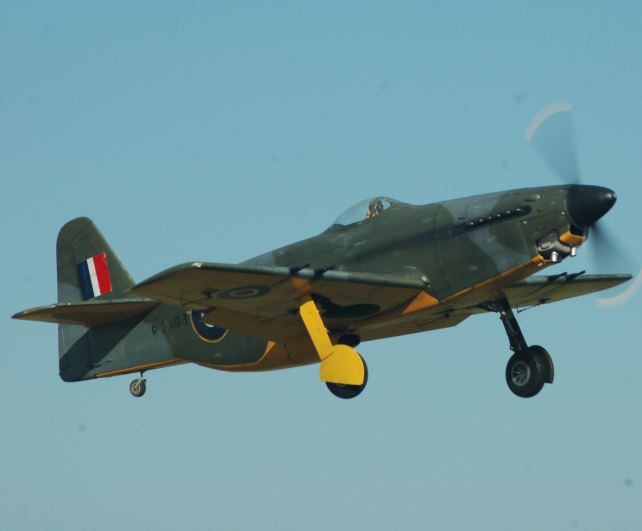 One of the most unique RAF aircraft to come out after WW2 and just before the dawn of the jet age was the MB-5 from the Martin Baker company. Only one was built and it was never developed past the prototype stage. Used for flight design testing, it was eventually used as a target drone and was destroyed. 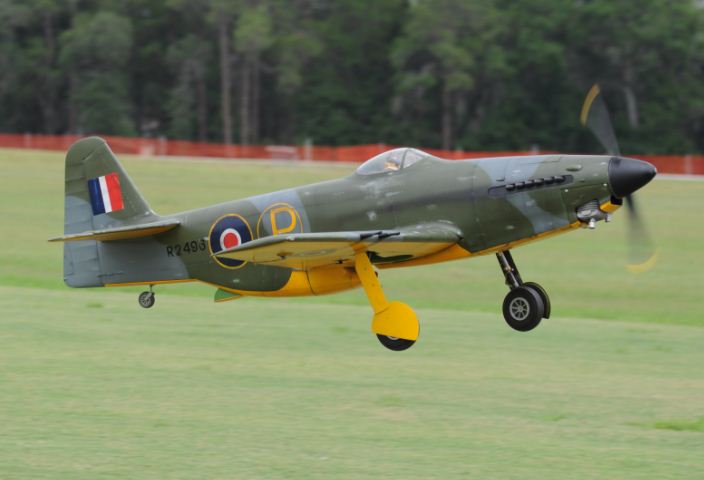 From Lexington, KY, PJ Ash, the likeable force behind “Warbird Alley” has produced an amazing RC scale copy of the MB.5 and MAN’s flightline reported and contributor Rich Uravitch caught up with him to get the inside story. Check out this video interview from the recent Monster Planes event in Lakeland, FL.

P.J. Ash has entered several scale competition with his rather different plane that he developed from scale 3-views.  It spans 97 inches and the fuselage length is 102 inches. It has a ZDZ 80 gas engine for power and is guided by JR Radio.  It’s a traditional all-wood construction with fiberglass cloth and resin covering. 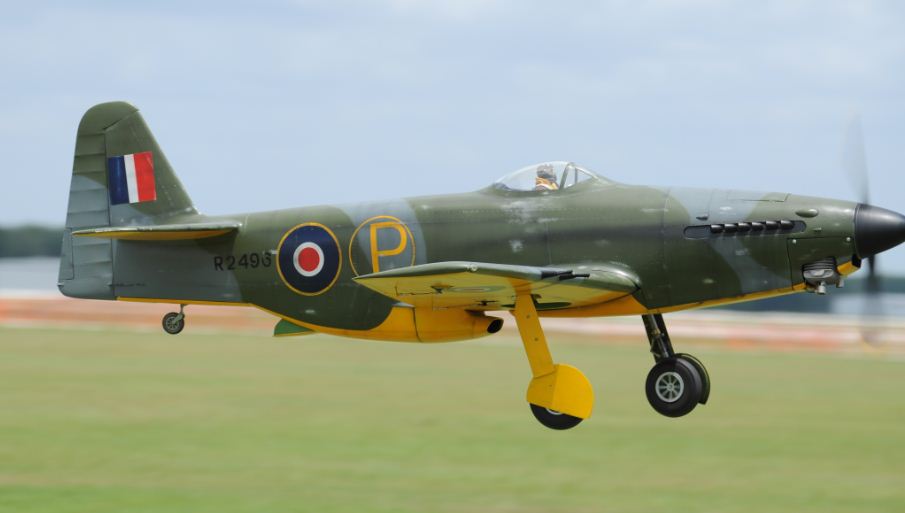