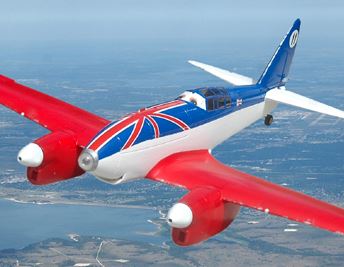 By Rich Uravitch.
You’ve probably either seen, or plan on seeing, the new Disney/Pixar movie “Planes.” I stumbled across information on this production over a year ago when the studio was discussing release plans which had the movie heading directly for DVD, bypassing the theater circuit entirely. This plan has thankfully, and probably profitably, changed to an early August theater launch of the movie. “Planes” follows in the footsteps of “Cars,” a hugely successful animation that follows the adventures of Lightning McQueen on his way to the big race. The plot line in “Planes” is similar and the treatment of converting recognizable full-scale airplanes into international characters is amazing and extremely well done. The star is a Cessna Ag-Wagon/Ayers Thrush cropduster-type airplane named “Dusty” who is convinced to enter an around-the-world air race, in spite of the fact that he has a fear of heights! Along the way, he encounters a variety of unique acquaintances with names like Skipper, El Chupacabra and Bravo and Echo,  which look remarkably like a talking Corsair, Gee Bee, and F-18 Hornets! All in all, based on the trailers, it should be an entertaining flick appealing to a broad range of viewers from airplane fans to animation aficionados. 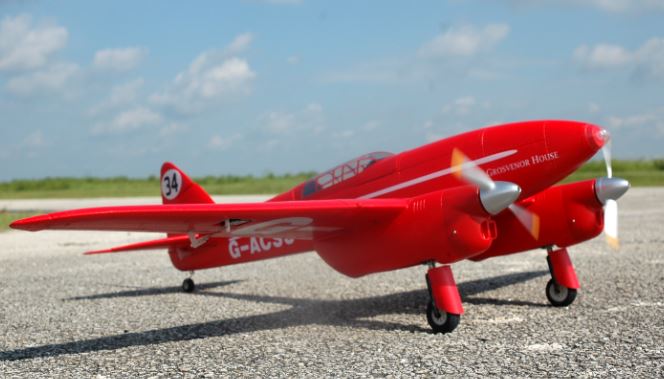 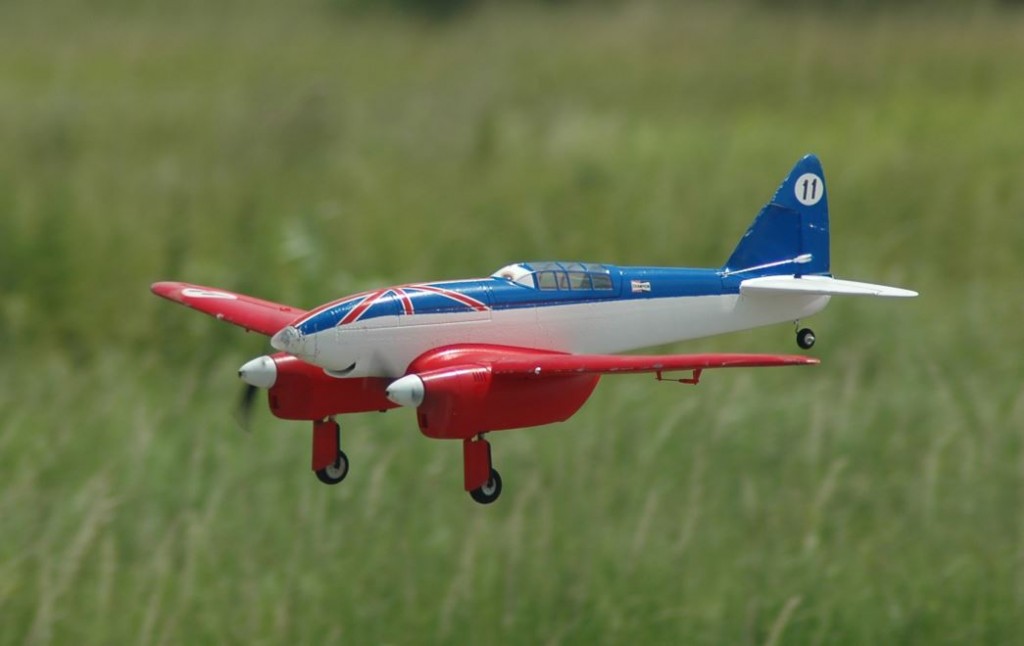 Although my first thought on making an available ARF into a character from the movie led me to both the Gee Bee R-1 and Corsair, I ran across the Durafly DeHavilland DH-88 Comet available from HobbyKing. I’ve always liked the airplane as it exemplified that Golden Age of aviation characterized by smooth, flowing lines and purposeful streamlining. The fact that the model was an electric twin ARF, equipped with retracts, and had the servos pre-installed, made it perfect for the intended purpose. I could concentrate on the actual conversion without having to spend a huge amount of time building and finishing. 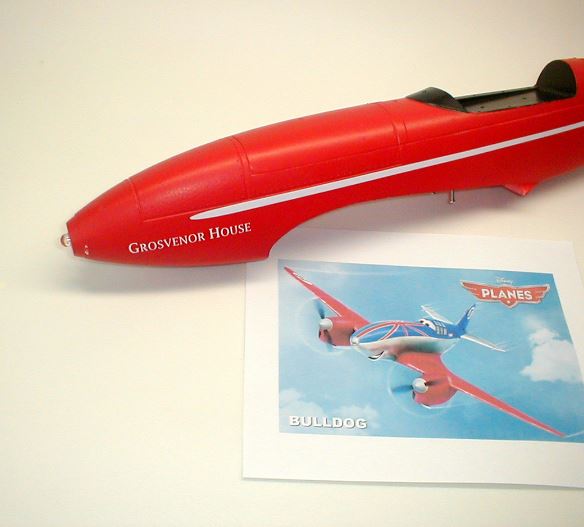 The Comet bears a striking resemblance to the movie character!

Gathering enough information (documentation) to accomplish the mission was a bit of a challenge and the Web offered a variety of sites from which I accumulated enough views through images and movie trailers to get the job done. I also tried contacting Disney/Pixar but they were, surprisingly, unresponsive. I would have thought, in the marketing world, every bit of exposure helps! 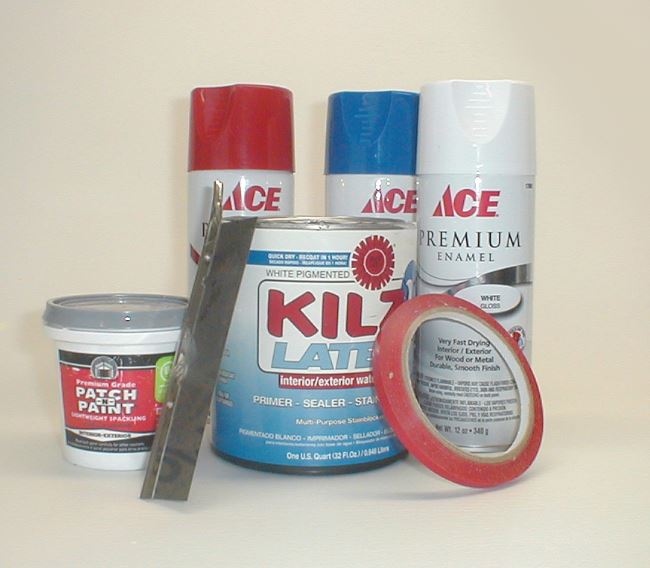 You don’t need much equipment for this makeover project.

The material/supply list to perform this conversion is minimal and inexpensive. Spray cans of paint, primer, a supply of masking tape, some scrap balsa and a little lightweight sandable filler pretty much does it. As you can see, it’s pretty much a repaint project the nice of which is that the model can be already assembled and flying in its stock form. Since there are no major structural issues to be addressed you can take your Comet out of action for a short time and show up at your field with what appears to be a new airplane!

MINOR SURGERY
To create the mouth, study your photos, and mark the location and shape directly on the fuselage. Using a razor saw or very sharp hobby knife, cut into the fuselage and remove the foam piece. Glue the removed foam piece back in place leaving the front end extending beyond the fuselage line to create the “open mouth” appearance. Use small wedges of balsa or foam glued in place to complete the side closures and blend the area with water-based lightweight filler at the three edges. After the filler dries, lightly sand the area to complete the blending. I applied a coat of white latex primer with a small brush to the reworked area. The canopy, landing gear and the nose light were then masked and a coat of flat white spray primer applied over the red to provide a stable base for the colors to be applied. 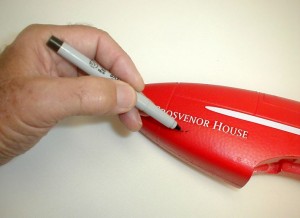 I started by drawing the mouth on the fuselage. 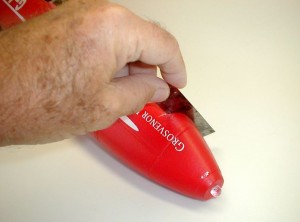 Use a razor saw to cut out the mouth. 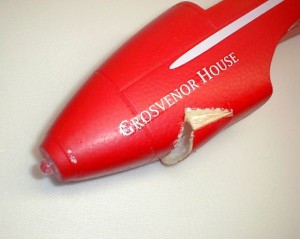 Small wedges of balsa or foam build up the mouth. 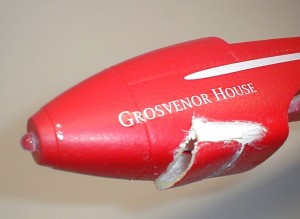 Lightweight filler sets everything in place.

PREPARATION/PAINTING
Although the wing doesn’t require any rework and it is already red, it WILL  require painting also. The large, white registration letters (G-ACSS) are thin film decals rather than the more common thick vinyl which makes them nearly impossible to remove cleanly. Because they are thin, I chose to apply a coat of flat white spray primer overall. You should now have a monochromatic, all-white Comet looking to become Bulldog! You can actually skip the primer and use an extra coat of red over the registration letters, just make sure to wipe the surface down with alcohol first to remove any material that could affect the bond of the paint. 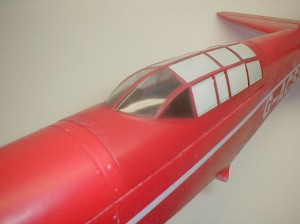 Mask the windows before painting.

Once you are happy with the coverage on the wing and it looks uniform, place it aside and concentrate on the fuselage and tail group. Apply a coat of gloss white over the primer and allow it to dry THOROUGHLY, preferably overnight.  Mask the color separation lines, including those of the “Union Jack” motif on the upper forward fuselage, with vinyl “FineLine” tape and protect all the remaining portions of the fuselage, that will remain white, with paper. I use newsprint for this purpose, but only that which has not been printed on. You run the risk of print ink transfer to your newly painted surface if you use old newspaper. Spray the upper fuselage and canopy frame blue and wait a while before removing the masking. When removing the “FineLine” tape, carefully pull it back on itself. This will minimize the tendency for the paint to pull away from the surface. If it does, and it probably will in some spots, simply touch up the spots with a small brush and paint of the appropriate color. Cut some strips of red MonoKote Trim (self-adhesive) to the appropriate width and apply to the white stripes forming the Union Jack, leaving some white showing along the edge. Unmask the canopy and apply Bulldog’s eyes to the windshield portion. These can be painted directly on the windshield or drawn on a piece of self-adhesive white label paper and then applied. I created mine in a graphics program and had a lot of fun doing variations before I decided on the pair I finally used. The last step in the transformation process is the creation and application of the “racing numbers”. Again, paper. I did apply a layer of clear tape to the marking and scuffed it down with a Scotchbrite pad to kill the gloss before I cut them from the sheet. The satin sheen imparted by the scuffed tape is a near match for the surrounding painted surfaces. 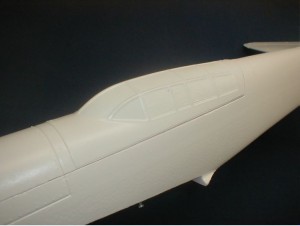 After a coat of flat white spray primer, the Comet is ready to become “Bulldog!”

Guess what? You’re done! Re-assemble the model and get it out to the field, your fans are waiting! Go see the movie, enjoy it, and leave the theater amazed, entertained, and inspired to undertake the next “makeover” project … ”Lead Bottom” or “Ishani” maybe?? 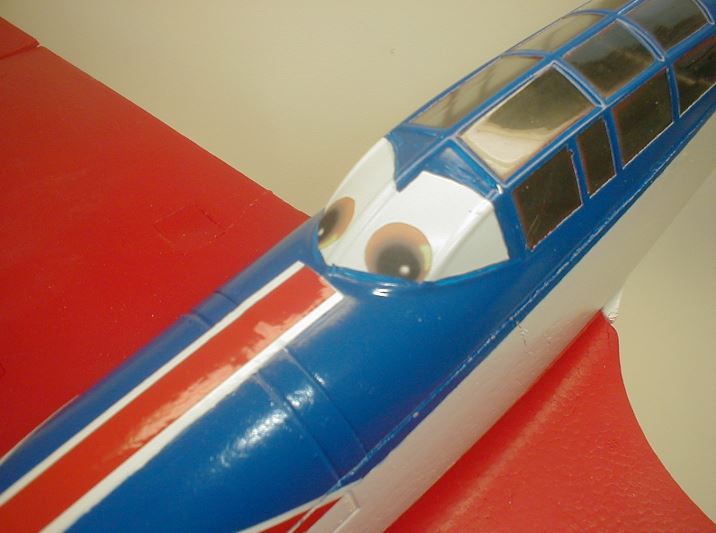 Adding some eyes completes the transformation.