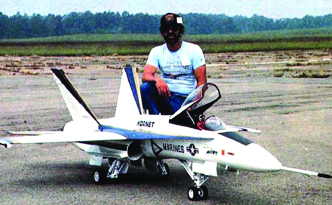 Some will say that the longevity and popularity of any event lies in its ability to adapt to a dynamic environment, expand to accommodate change and welcome participation from new sources. Event originator and promoter, Frank Tiano, seems to have accomplished these objectives with his event that passed it 30th continuous year in 2018. The Top Gun Scale Invitational remains unique and enjoys a worldwide reputation for bringing the best scale RC competitors together for an intense competition with the victor being crowned “Mr. Top Gun.”

(Opening photo) In 1989 Mr. Top Gun #1 was Bob Fiorenze, who competed with a F/A-18 Hornet built from a Yellow Aircraft kit. 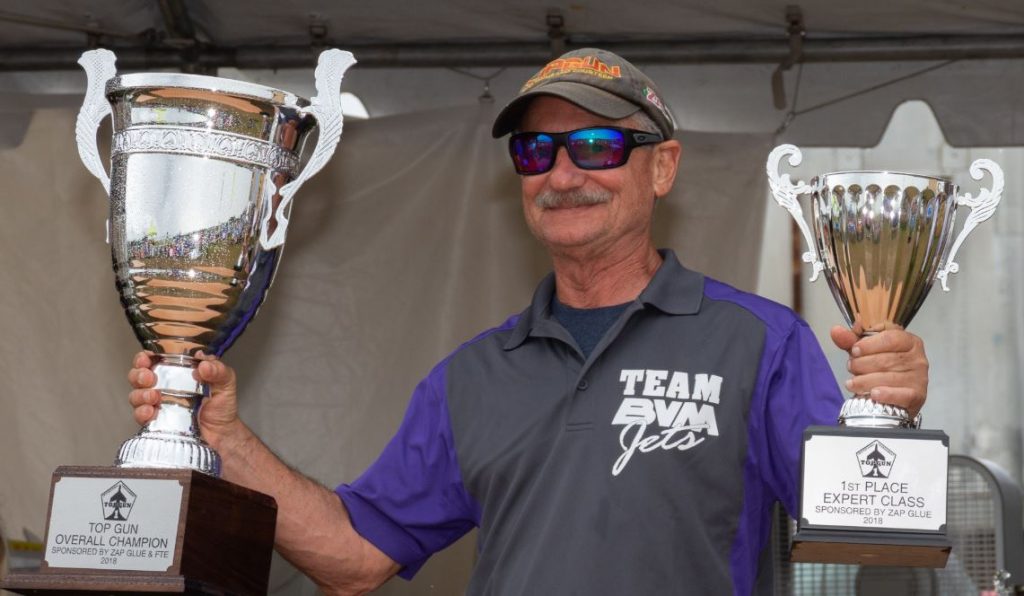 This title has been bestowed upon a small number of outstanding modelers/fliers who clearly have what it takes to earn the honor. Some of them are so motivated, talented, and persevering that they’ve earned it multiple times. Guys like Terry Nitsch, David Hayes, Charlie Chambers, Dave Wigley, Bob Violett , Jeff Foley and Jack Diaz have scored multiple wins and bested all challengers.

Where Does Top Gun Go From Here?

After an amazing 30 years, what will Top Gun look like in another 10 years? That’s really tough to say; it’s hard to imagine the models getting more sophisticated or the level of prefabrication improving enough to make a huge difference. Since the rules require that the model be of a man-carrying aircraft that pretty much rules out anything newer generation warbirds than the F-22 and F-35 as subjects. That pretty much ensures that the existing line of choices of model subjects will remain pretty much as it is. Of course, there are gains to be made in the area of electronics and accessories such as cockpits and markings, but we’ve pretty much covered those bases by now and whatever improvements to be realized are likely to be minimal. It’s conceivable that the entire event could be held on-line with the competitors participating from home via data links or other means. Programmed flight plans could be easily developed and employed, creating yet another component to be purchased rather than “built.”

Eventually, the actual model airframe may become a very secondary issue to the competition! Regardless of the path, Frank Tiano will undoubtedly make the necessary corrections to ensure that his “baby” will further mature and adapt the modeling climate to provide the competitive and entertainment value on which its reputation is based. Will this great event continue to grow, enjoy that reputation for bringing the best of the best together and field some of the most spectacular RC scale models to be seen anywhere? That’s a great question as certainly, it’s earned it! Will it remain as we see it today? Those questions can only be answered by Frank Tiano who, in fact, was asked at this year’s banquet. He looked around the packed room and solemnly responded, ”Right now, I don’t have an answer.”  There are valid arguments on both sides of the issue but Frank will make the decision on the event’s future after looking at everything; he’s that kind of guy, count on it. Regardless of which way it goes, a lot of RC scale modelers around the world owe a lot to this guy!