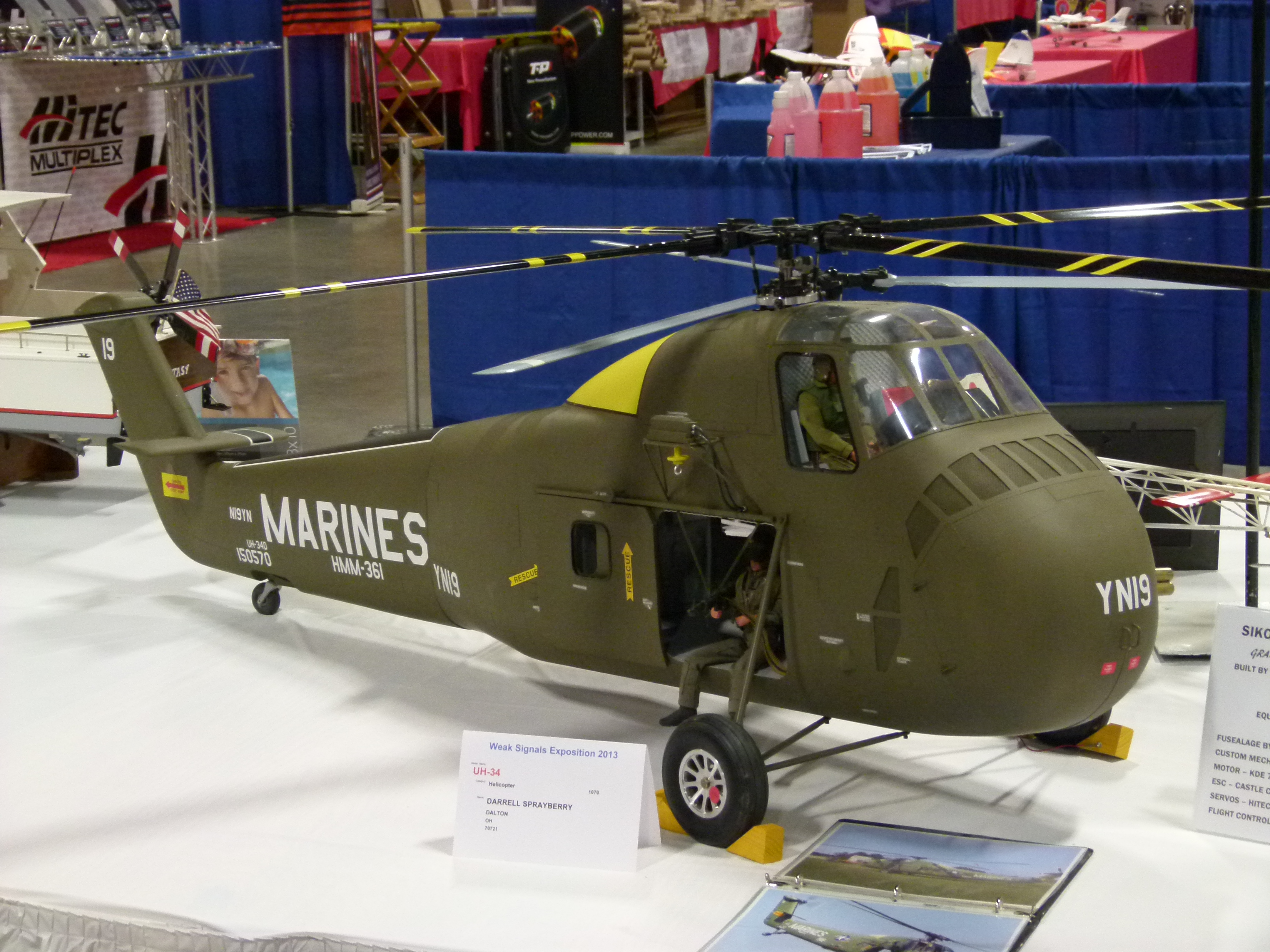 Darrell Sprayberry of Dalton, GA has earned a reputation as one of the finest scale helicopter modelers in the world, and at this year’s Toledo Weak Signals Expo he placed first in the Helicopter class with his fantastic scratch-built H-34 Choctaw.

Also known as the Sikorsky S-58, the H-34 is an iconic design–perhaps the best piston-engine utility helicopter in the world before the arrival of turbine helis like the UH-1 Huey. Sadly, models of this outstanding helicopter are very rare, largely owing to the near impossibility of getting it to balance with nitro or gasoline power. Fortunately, this is no problem with electric power, where the battery pack can be placed well forward.

Darrell’s -34 is a masterpiece, with outstanding design engineering capped off by awesome scale details. He started the build in 2011, and the huge fuselage plug attracted lots of attention at that year’s IRCHA Jamboree. Since retiring last year, he has focused more heavily on the project, and the result is really something to see. I spent some time talking about this entirely original design with Darrell, and our wide-ranging discussion provided an interesting glimpse into the active mind of a world-class modeler.

Asked what scale the -34 was built to, Darrell laughed and said, “Seven feet long.”  He went on to explain, “What I found with these big helis is that seven feet is the magic number.  Any bigger than that, and they get really hard to transport. For me the main requirement is that it has to fit in the back of my Jeep.”

Expanding on this common sense approach to determining size and layout, Darrell remarked, “I’m not big on modeling with a computer.  I have a 4×8 white bench, and I’ll lay the hardware out to get an idea of how things will fit together. It really helps to see things actual size.”

The epoxy fiberglass fuselage was laid up in custom molds pulled off Darrell’s hand-carved plug. The body includes functional details like sliding doors and windows, and clamshell doors in the nose provide access to the battery packs.

The mechanics are also scratch-built and designed to fit inside the “doghouse” on top of the fuselage so that the scale cabin is completely open. The four-blade head has 880mm blades, for a total rotor span of 2.25 meters (89 feet). Hitec HS-7940TH high-voltage servos and a JR 11X radio provide the flight control.

Darrell flies electric helis exclusively, and he’s a big believer in the outstanding KDE motors, so he chose a 700XF-495 for power. The controller is a Castle Creations Ice-120HV, and the 12S battery pack is made up of two 8000-6S packs inside the magnetic clamshell doors in the nose. Even with the 8000-12S battery, the big machine still requires four pounds of lead to balance, and all-up weight is “in the high 30s.”

Head speed will be in the 1,000rpm range, but Darrell noted, “I always let the helicopter choose the exact head speed. Any given heli has a particular speed where it’s happiest.”  Like many full-scale helicopters, the H-34 has a proportionally smaller tail rotor diameter than is the norm for model helis. Because of this and because he likes to run realistically low head speeds, Darrell uses a higher tail ratio than is typical for pod and boom helis.  The H-34’s torque tube-driven tail hash a gear ratio of 6:1, so even at a low 1,000rpm head speed, the 4-blade tail rotor is still turning 6,000rpm, providing plenty of holding power.

At press time Darrell is working out final details preparatory to the maiden flight. I for one can’t wait to see the H-34 flying at IRCHA this summer.

What’s next?  Darrell has acquired the molds and tooling for IndyRC’s outstanding 1/7-scale AH-64 Apache and his company, Unique Aircraft (UniqueAircraft.com), will offer the Apache, Choctaw and other high-quality products to scale heli enthusiasts.  Given Darrell’s fertile mind, you can count on some amazing things to come. 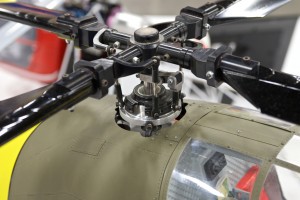 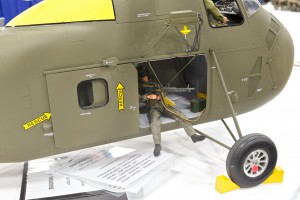 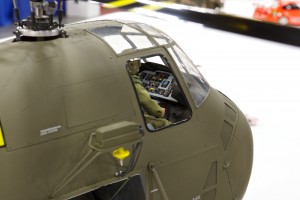 This is a model where the longer you look, the more things you see. From the scale rotor head to the detailed cockpit to the scale cabin with sliding door, the attention to detail is absolute. 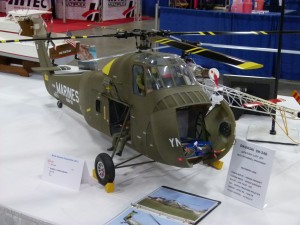 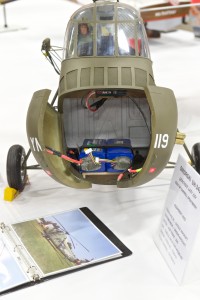 With a long tail and snub nose, the H-34 makes a challenging subject for nitro or gasoline power. For his electric design, Darrell included clamshell doors with magnetic latches so that the 8000-12S battery could be positioned as far forward as possible. All-up weight is “in the high 30s.”