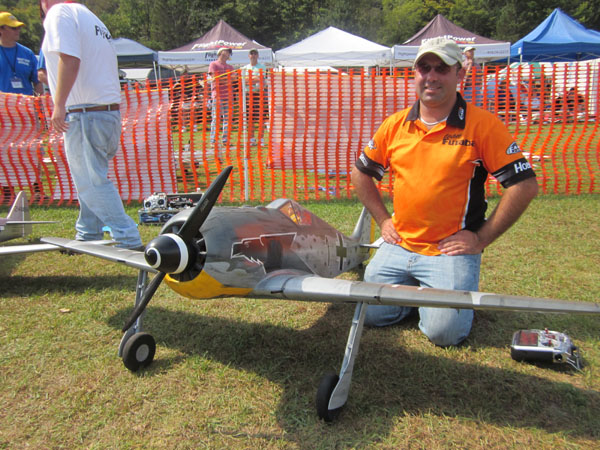 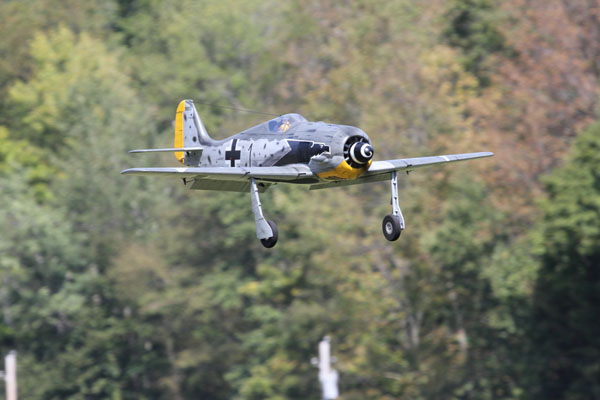 While attending the recent all electric NEAT Fair in Downsville, NY, I met up with good RC buddy Dan Landis who was showing off his piloting skills with a new warbird! The new Top Flite FW-190 “Butcher Bird” is a Gold Edition giant scale ARF and it is designed for 50cc size gas engines. Dan modified a stock plane and converted it to E-power for the NEAT Fair. His new Luftwaffe fighter is powered with a Rimfire 65cc Motor up front, 12s 5300 LiPo packs, and is controlled with the Futaba gear using the S.Bus system on the wing allowing for just one connector between the fuselage and wing for all the servos, and another  connector for the custom Robart retracts. The gear are designed specifically for the FW-190 and work great! Watch out Radio Control Show on Friday for my complete video interview with flight footage. 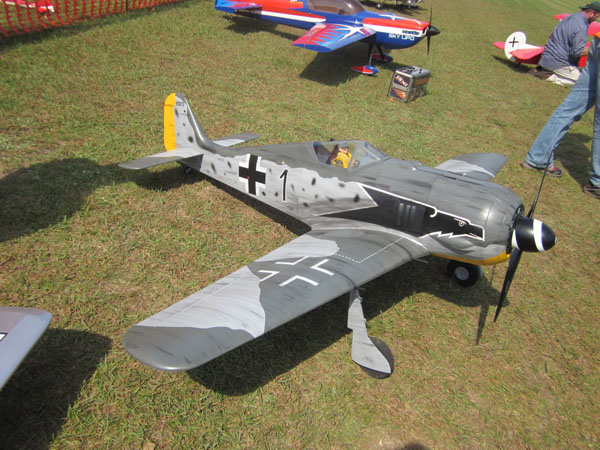 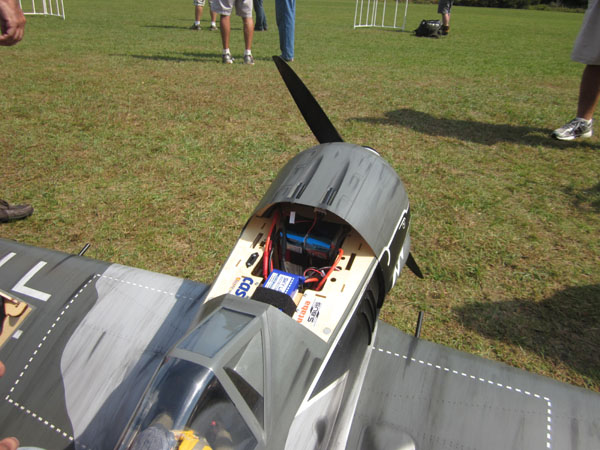