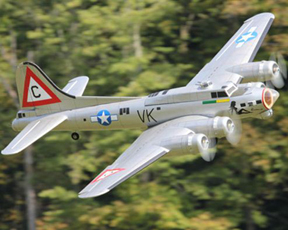 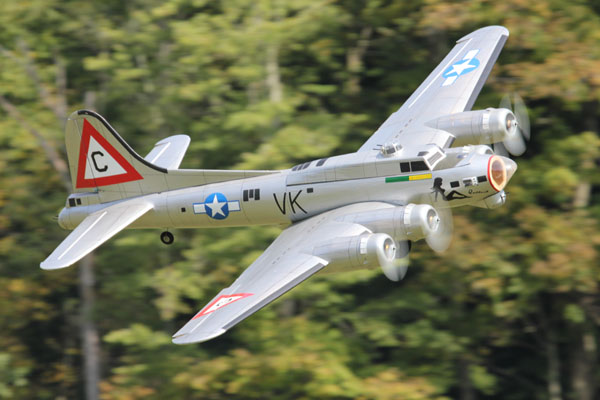 When ever you attend the all-electric NEAT Fair in Downsville, NY, there are many unique and exciting planes and pilots to be seen. One regular is at the event is my good RC buddy Dave Baron who flies a variety of electric planes there including his amazing B-17 Flying Fortress. This can be consider a generational model as it has a long and interesting history. 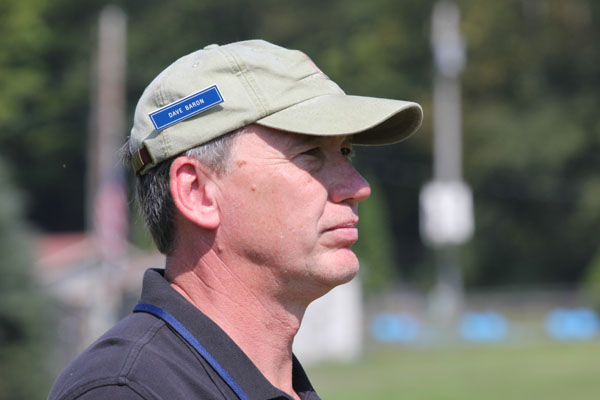 A well known modeler, Joe Beshar first built the B-17 in the 95-96 time frame and it is a copy of the bomber he flew during WW2. Dave first got to fly it at the original KRC electric meet around 1996 after which Dave purchased the model from Joe. 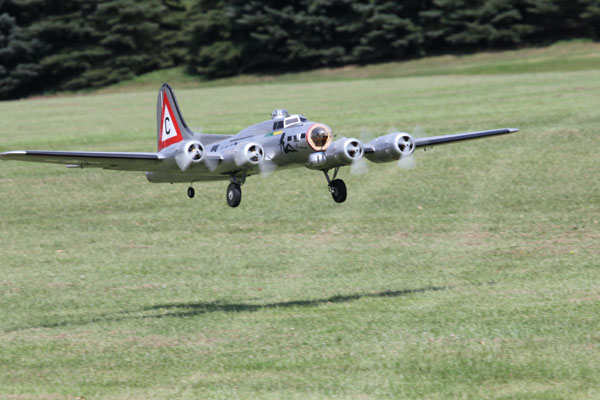 Today, the Flying Fortress is powered by Axi 2826-12 motors now running on 4S 3700 lipos, (one per motor) with Jeti Speed controllers on each motor. It previously had 4S/2P A123 packs in it. And back even further in its development it was originally powered with four AstroFlight 05 geared motors with 32 cells, (motors all in series), and it eventually ended up with 36 cells before the Axi upgrade around 10 years ago! It weighted as much as 22 pounds.

Another big upgrade to the original model was the addition of Robart Retracts. This was probably back some 15 years ago! Weight this year is probably down to about 20lbs, as the Lipos battery packs don’t weigh as much as the older A-123 packs! Dave really had to jam them all the way into the nose! 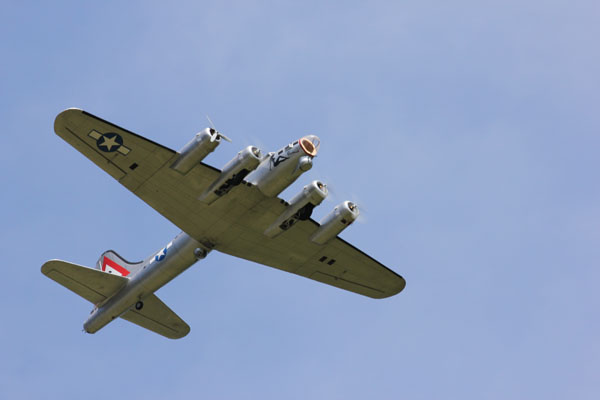 Dave commented that: “It still flies magnificently, and now that I have a proper workshop, I hopefully will get to work on restoring her finish!”