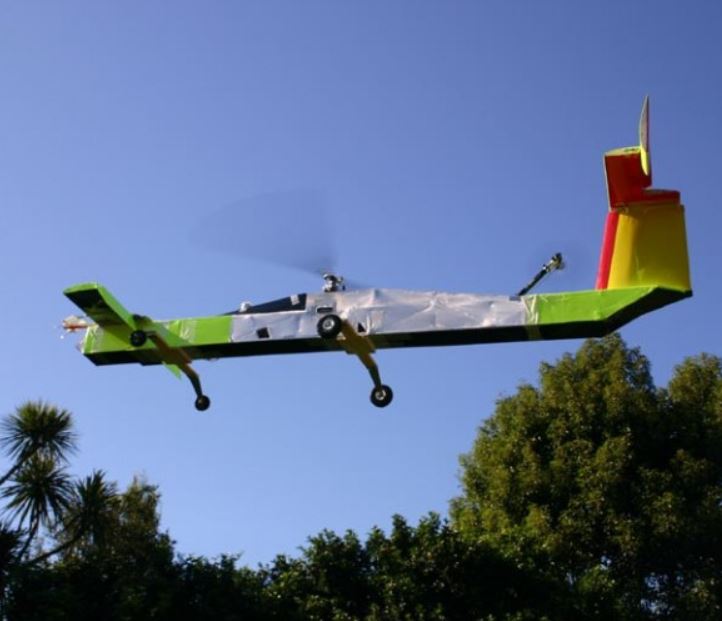 Combining the hovering capability of a helicopter with the high-speed, long-range flight capabilities of a fixed-wing aircraft has intrigued engineers for decades. The Australian company StopRotor Technology has a new approach: their Hybrid RotorWing design concept has a main rotor that switches from fixed rotor to fixed wing in mid air. According to Gizmag’s Jan Bellezina, “The Hybrid RotorWing can take off vertically and hover with the main rotor spinning like a helicopter’s, or take off and fly like a conventional fixed wing aircraft. To transition between rotary and fixed wing flight modes, the aircraft is plunged into a fall involving high angle of attack flight that aligns the airflow with the rotation axis of the rotor system. This symmetrical airflow over the main rotor provides a stable environment that allows the blades to be started or stopped.” Interesting concept, but inducing a stall to transition to forward flight seems like a risky proposition–especially for manned flights in a full-size machine.

The video below shows a collection of rotary wing prototypes and their evolution in the Hybrid RotorWing development program by StopRotor Technology.

For more information, click HERE to go to the complete Gizmag story.