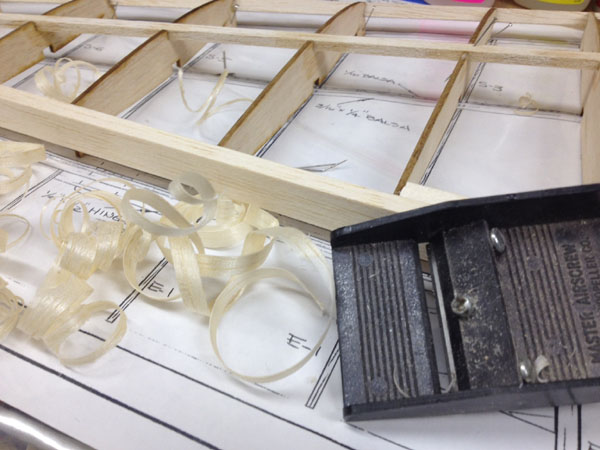 The shop was getting a bit too quiet so I have started on my new building project as mentioned earlier, a Douglas A-1J Skyraider. My 85 inch version is based completely on the design by Nick Ziroli. His 100-inch-span Skyraider is a very popular, great flying warbird, and so I reduced the plans by 15% to produce my plans. I had laser-cut parts produced by LaserCut USA and ordered all the sheet and stick balsa from Balsa USA. As with most of my builds, I like to start on the tail surfaces first to get into the swing of things and to see progress made quickly. So I started with the horizontal stabilizer. 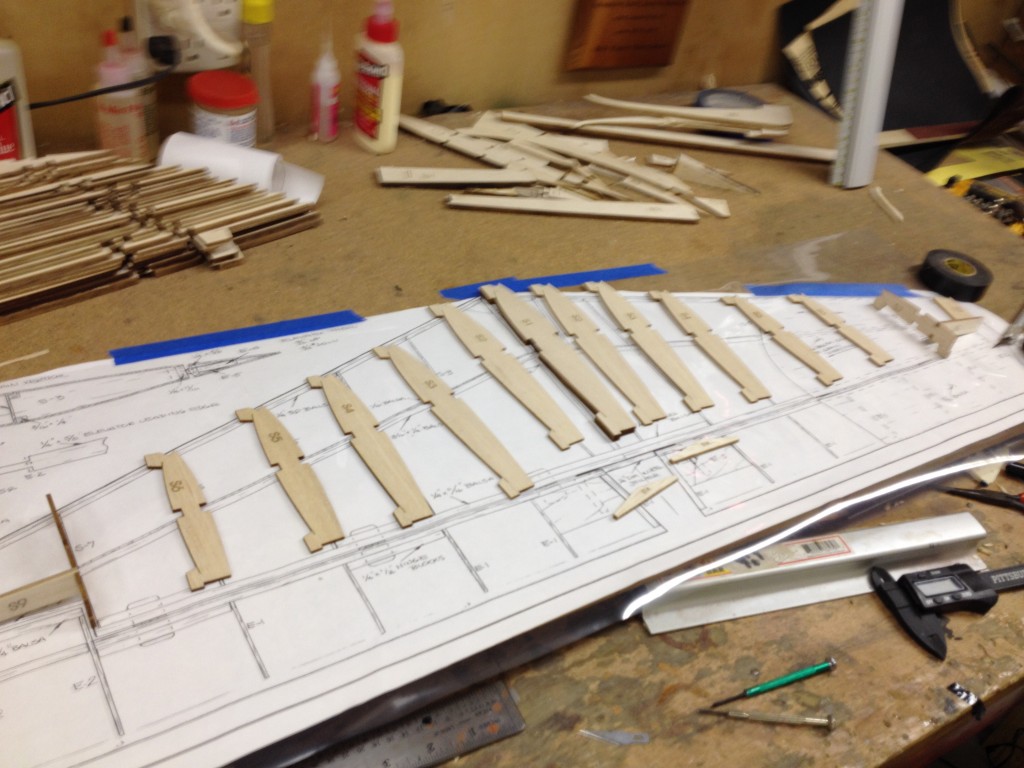 All the parts fit the plans precisely. The tail parts are straightforward and easy to understand. 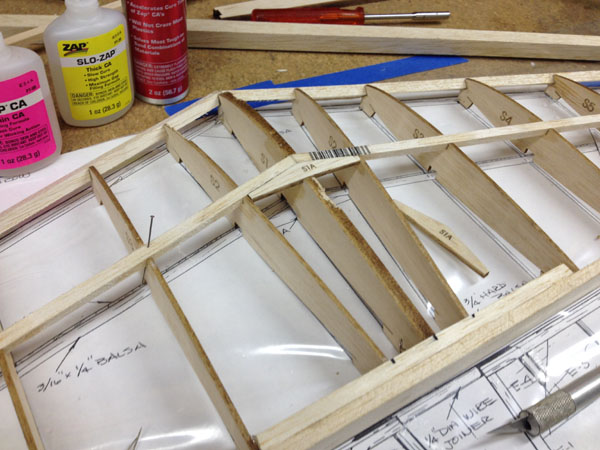 The stabilizer has a symmetrical airfoil shape so all the ribs have building tabs on them so they remain straight on the building board. 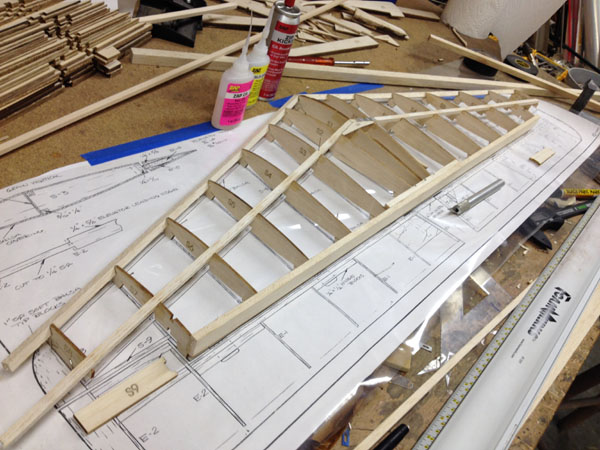 The stabilizer goes together very quickly, notice the doubler used at the center of the trailing edge. 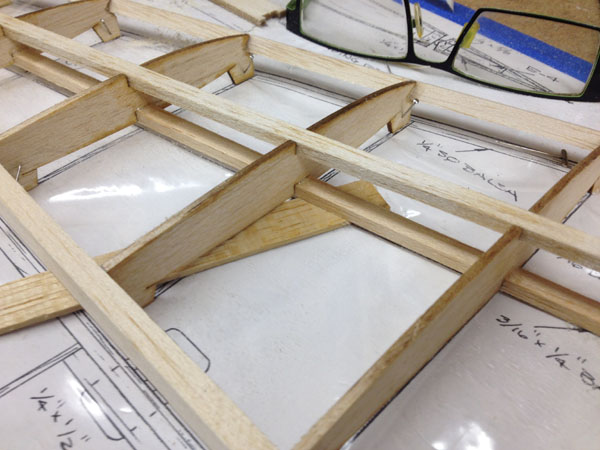 I built the assembly by first pinning the center rib in place and then the tip ribs. I then glued the 1/4-inch square leading edges in place followed by each of the ribs. I then added the trailing edge. Here one of the bottom spars has been slid into place and I used a shim to make sure the spar set flush in its bottom notches before gluing them in place. I am using ZAP CA throughout the project. 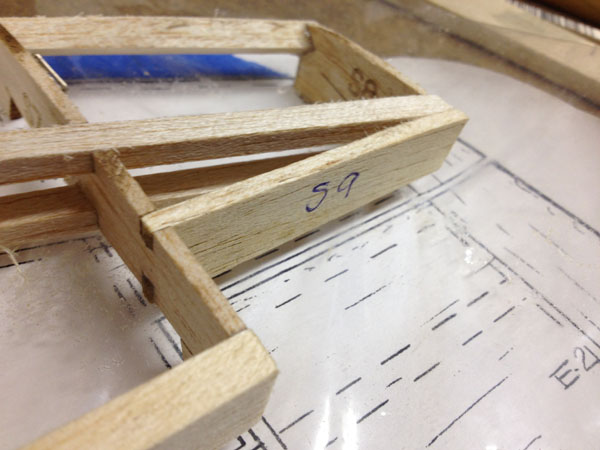 After the spars were glued in place, I sanded the tip rib and spars flush and glued in the S9 strip which produces the recess for the elevator counter weights.

My favorite tool for trimming away material quickly is the Master Airscrew Razor Plane. Works great and uses industrial grade blades that last a long time.

And talking about the tail, I recently received the scale tailwheel assembly and tail-hook from my good friend and scale RC buddy Earl Aune. Earl makes these retractable units for Ziroli’s giant Corsairs and Skyraiders, and he made me a special 15% reduced version for this project. Here the gear and hook are shown on the planes. 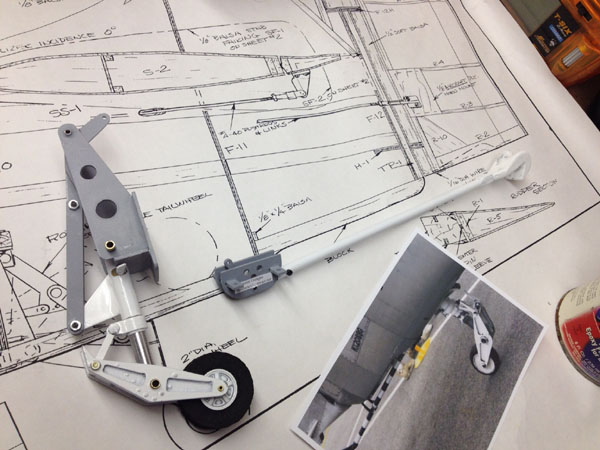 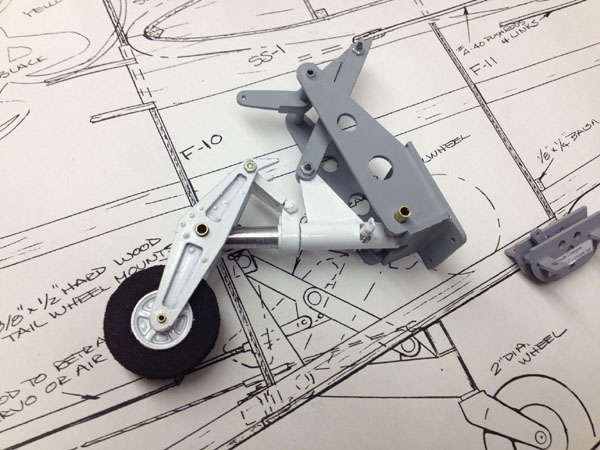 Earl’s tailwheel unit also retracts forward just like the real thing. The unit will require a new plywood former to be installed. It is shock absorbing. 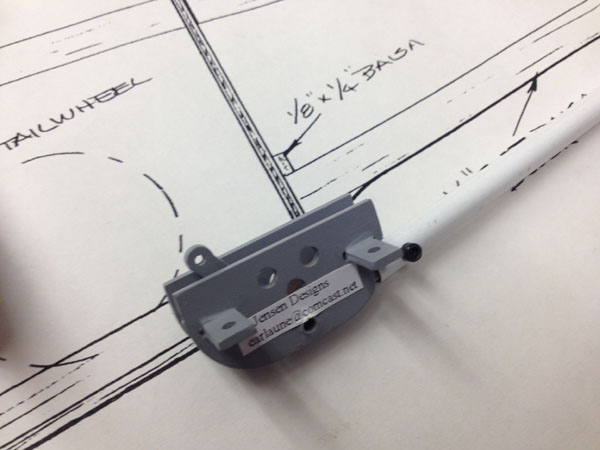 This is the tail-hook attachment bracket/mechanism. It will be operated with a servo and a wire pushrod.

you can get in touch with Earl at: earlaune@comcast.net . His mailing address is shown in the photo below. Made in the USA! 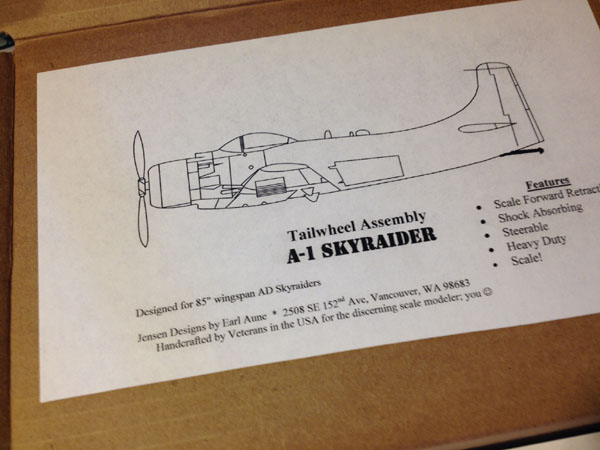