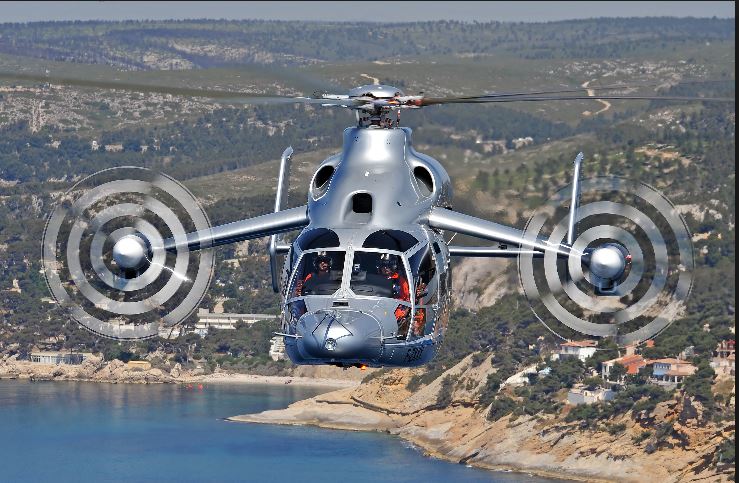 The Eurocopter X3 hybrid helicopter has opened the frontiers of aviation by attaining a speed milestone of 255 knots (472 km/h) in level flight on June 7 2013. Several days before this accomplishment, the X3 reached a speed of 263 knots (487 km/h) during a descent. With these two successes, the X3 surpasses the unofficial speed record for a helicopter.

Eurocopter achieved the historic 255-knot speed milestone with the X3 flying at an altitude of around 10,000 feet (3 km) during a 40 mins test flight over southern France near Istres. It marks the latest in a growing list of achievements for the X3, which is Eurocopter’s technology demonstrator for an advanced, cost-effective Vertical TakeOff and Landing (VTOL) transportation system that offers the speed of a turboprop-powered aircraft and the full-flight capabilities of a helicopter.

“It’s no exaggeration to say that the X3 is clearly in its element at high speeds.” said Eurocopter test pilot Hervé Jammayrac. “While flying at both 255 knots and 263 knots, the X3 performed exactly as it has throughout its flight envelope, exhibiting outstanding stability and providing a low vibration level without any anti-vibration system.”

The X3 configuration utilizes a pair of RTM 322 turboshaft engines to power a five-blade main rotor system with two propellers installed on short-span fixed wings. This state-of-the-art design & architecture engine family combines power and growth potential. The RTM 322 variant, powering the X3, is based on the RTM 322 powering the NH90. It incorporates a FADEC adapted to the requirements of this high-speed demonstrator.

“Based on the X3 technologies, Eurocopter will continue setting the standard on future helicopters — offering our customers new levels of performance in terms of speed, range and mission capabilities at competitive costs,” said CEO of Eurocopter, Guillaume Faury. “The outstanding X3 achievements result from the commitment and excellence of our teams. I want to recognize everyone involved in the demonstrator’s development.”

The X3 was developed in a rapid paced Eurocopter program that utilized one of the company’s Dauphin helicopters as the airframe. For the latest high-speed milestone, the demonstrator was equipped with a drag-reducing rotor head fairing, which directly benefitted from company testing of a high-speed Dauphin DGV testbed during the 1990s, along with the addition of landing gear fairings. The Dauphin DGV enabled Eurocopter’s predecessor company Aerospatiale to set another helicopter speed milestone — reaching a record velocity of 200 knots in 1991.

Eurocopter flight test engineer Dominique Fournier — who was aboard the X3 with test pilot Jammayrac for the latest history-making flights — said the current high-speed evaluations are providing real data, in addition to the more symbolic aspect of achieving rotorcraft speed milestones.

“These flights allow us to further explore the behavior of main rotors at high speeds, and enable us to make effectiveness assessments of the fairing we’ve added to the main rotor hub — which will be beneficial for drag optimization across Eurocopter’s overall product range,” Fournier explained.

With these latest flight milestones, the X3 demonstrator has accumulated a combined total of more than 140 hours aloft since making its maiden takeoff in September 2010. After easily surpassing Eurocopter’s initial target of 220 knots for the X3, its speed was steadily increased while confirming the hybrid configuration’s excellent flight qualities, maneuverability, outstanding acceleration and deceleration. In reaching the latest 255- and 263-knot speed achievements, Eurocopter has further confirmed the concept’s potential.