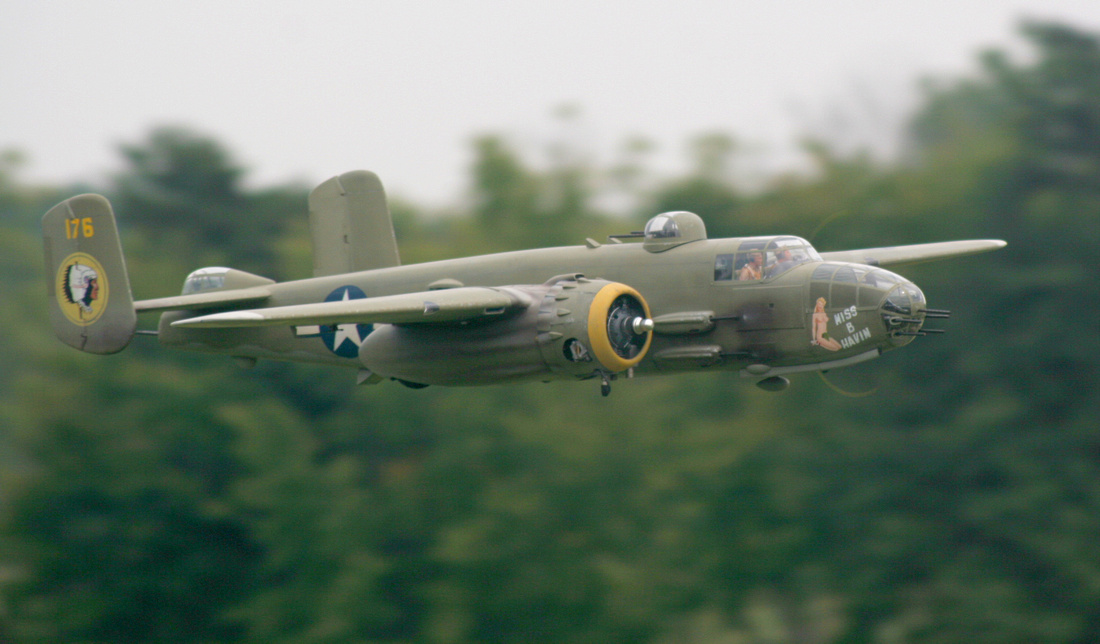 This is our Ziroli B-25 with 101″ wingspan. My father, Robert Vasser, built the model, and I painted and added the detail work. I also fly the plane. (He likes to say he is the “builder” and I”m the “crasher”). My dad declared that if we build this plane it had to have the Indian on the tail and a naked woman on the nose. (Sometimes I wonder about Dad). I found the perfect aircraft that satisfied dad’s criteria: “Miss B Havin”. This was a B-25 that was active in the South Pacific during WWII. 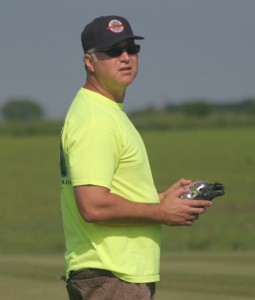 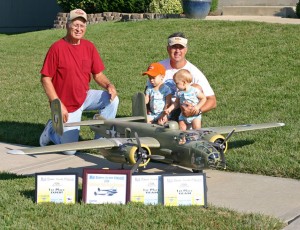 2 Zenoah G-26 engines (which are plenty of power, I usually fly at half to quarter throttle) 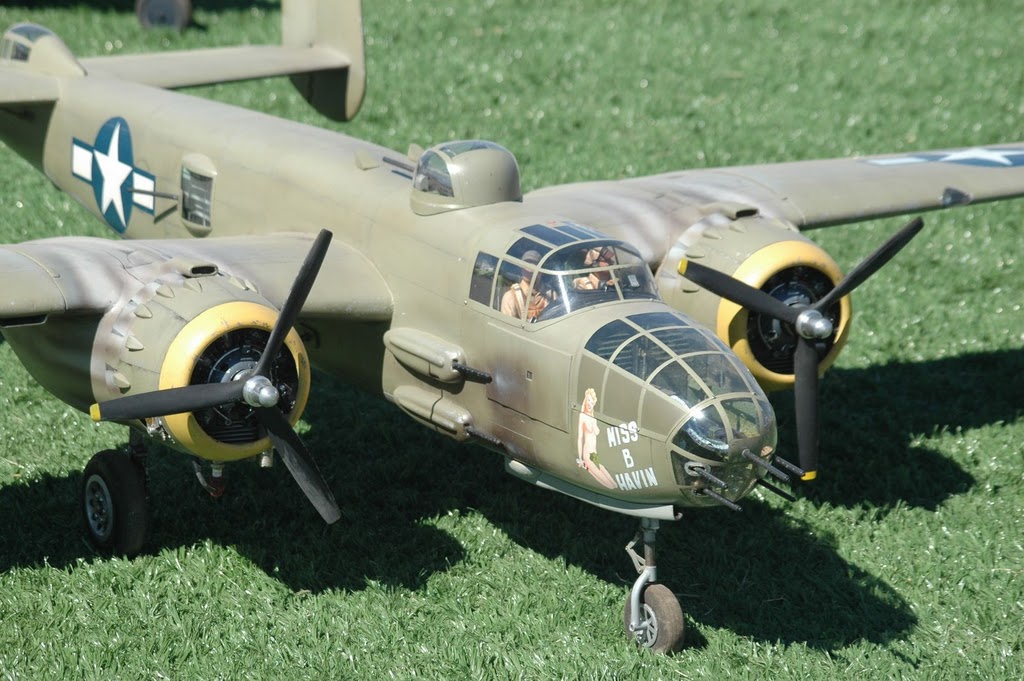 Painted with Latex paint, there are no decals on the aircraft. Everything is hand painted. 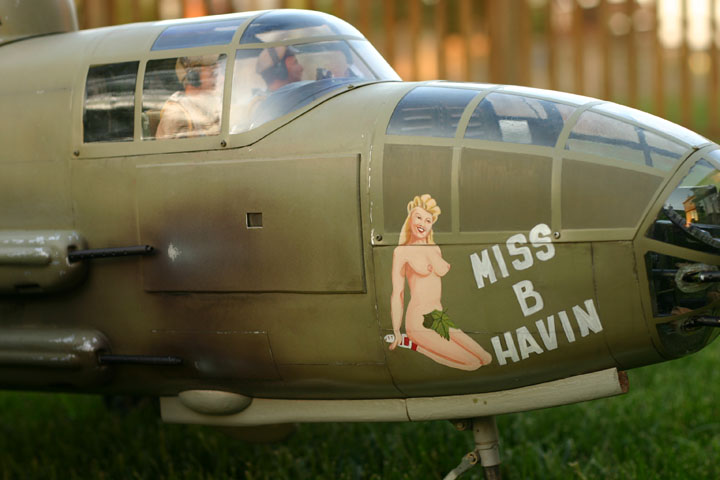 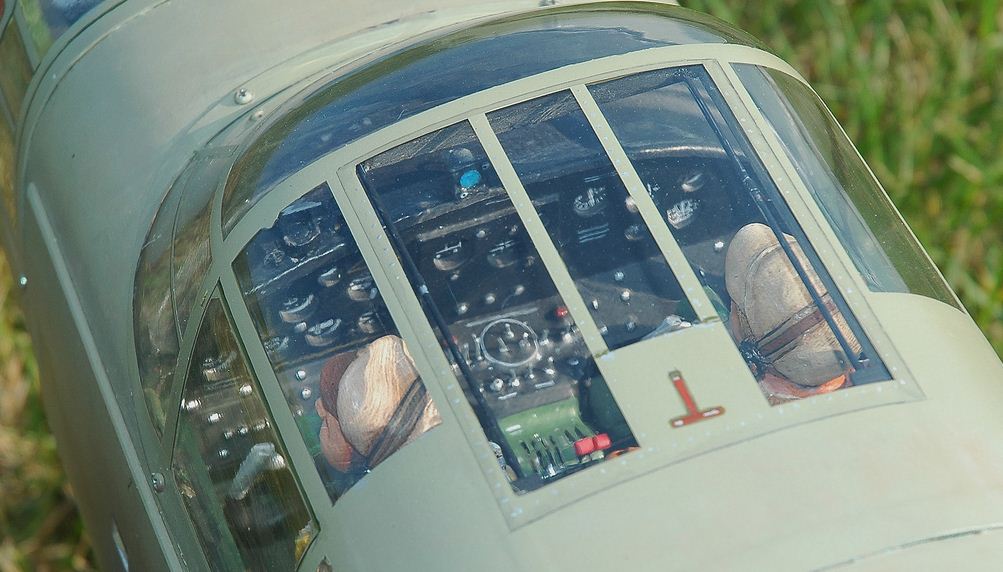 With a subject picked out, I really wanted this aircraft to look like it was on the front lines, with weathering, coral dust, flaking paint, and gun blasts on the side. I also saw several WWII photos of the B-25 that showed details I had never seen modeled before; mechanics footprints on the wings and exhaust residue extending back behind the engines that turned the olive drab almost white. I thought that would really help “tell the story” of what these aircraft with their brave crews went through during the war. 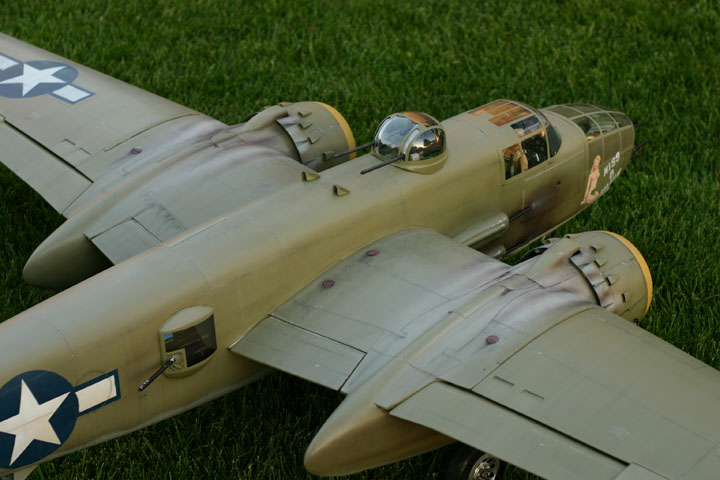 When I painted the exhaust and faded olive drab along the top of the wing, I just thought it looked cool. Later at an air show, I was told by an old B-25 pilot, that I really paid a complement to the pilots of that airplane by painting the wing that way. He said you could pick out the “hot shot” pilots in the squadron because they knew how to lean out the engines correctly, which made a hotter exhaust that “cooked” the olive drab to a light tan.

This aircraft actually started a great side business for me. When other RC pilots saw the plane, they wanted to know where I got the pilots. I said I made them myself. After several requests for pilots for their bombers. I started up Best Pilots. I now have 5 different pilot figures and sell them worldwide. 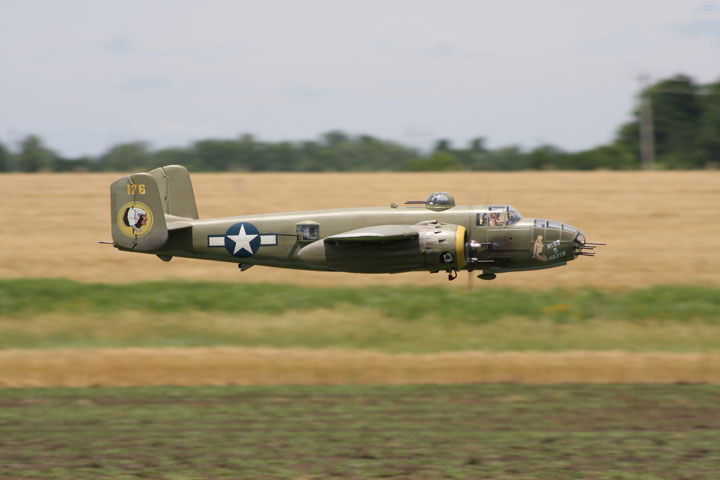 The plane flies absolutely great. It is one of those models that just does what you think it should. The first flight was the easiest test flight I have ever had. The tricycle gear makes ground handling a breeze. Of course the greatest fear of flying a multi-engine plane is losing an engine – “When  one engine fails on a twin-engine air  plane, you  always have enough power left to get you to the  scene of the crash”. With this aircraft that statement just isn’t true. It was during a fly-in at Hat Box field in Muskogee, OK 2010. I was flying formation with Steve Forrest flying a B-17 when I noticed something didn’t sound right. As we came around the corner for a show pass, I noticed the prop on inside of the turn, flipping over and stopping! Oh CRAP! The crowd gasps! I call an emergency. This is when all those when all those one engined B-25s on YouTube auger in!!! Well, I glanced down at the transmitter to visualize where I had the rudder and found I had instinctively compensated for the adverse yaw. Let’s hear it for being trained to coordinate my turns with rudder! Next I remembered the saying with one engine out ” You can turn, you can climb, just don’t do ’em at the same time.” Check. The B-17 is clear, I’ll just continue my turn and bring it around for a landing… when I heard a friend say, “Don’t turn into the dead engine”. Check. I continued flying the plane straight ahead to make a procedure turn, and made an almost perfect landing downwind. It was a “non-event”. The main key to success seemed to be not to overpower the rudders with the one engine. 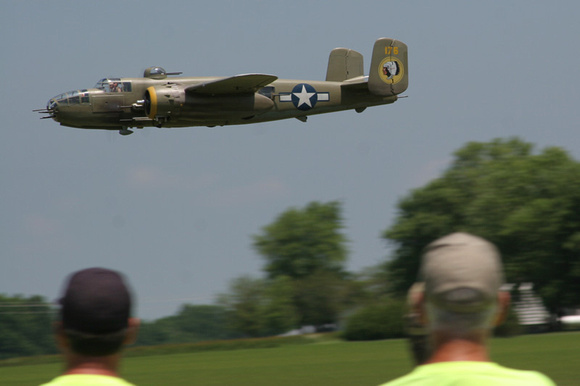 Even though this model has won many awards, the comment by Colonel Robert E. Thacker,(a famous WWII pilot, Test Pilot, speed record holder and lifelong model aircraft enthusiast), made during his talk at Warbirds Over the Rockies in 2008, was the ultimate award for me. He told the crowd, “This model of Mr. Vasser’s is the best looking model of a B-25 I’ve ever seen.” 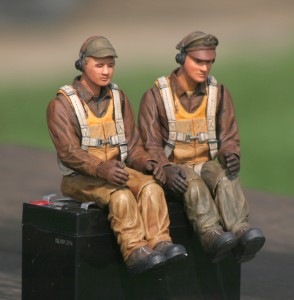 (Above) Lyle’s Pilot Figures created for his B-25 project.

Dry brushing brings out raised areas of detail and mimics highlighting and fading.  Washes brings out recessed areas of details and mimics shadows. Dry brush = light; Washes = shadow. To finish the helmet, you can lightly dry brush a bit of Light Tan on the seams and straps that hold on the goggles. This makes those details stand out realistically and adds to a more complex color variation.