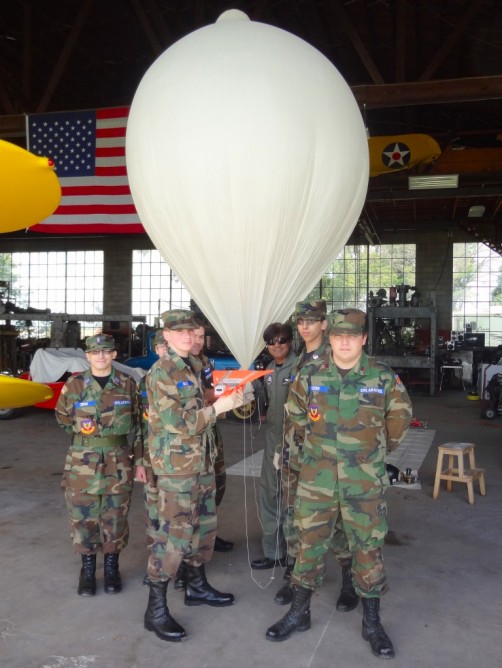 The U.S. Fox Valley Composite Squadron, Illinois Wing, Civil Air Patrol, has just made history with a paper airplane that reached the highest altitude ever! Launched via helium balloon from Kankakee, Illinois, the camera-equipped paper plane landed 82 miles away, southwest of Rochester, IN and was airborne for 2 hours and 7 minutes. The 14.5-inch-span paper airplane, designed by the cadets and made out of paper board, weighs 15 ounces and carried a GPS tracking system, temperature sensors, barometric pressure sensor, flight computer, batteries, solar panel and HD video camera for recording its flight. Congratulations to all who participated in this historic flight! 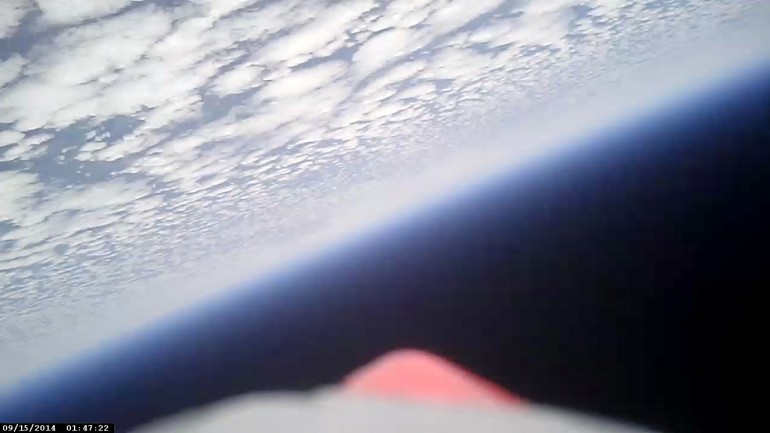 A photo taken by the paper airplane of the Earth at 96,563 feet. 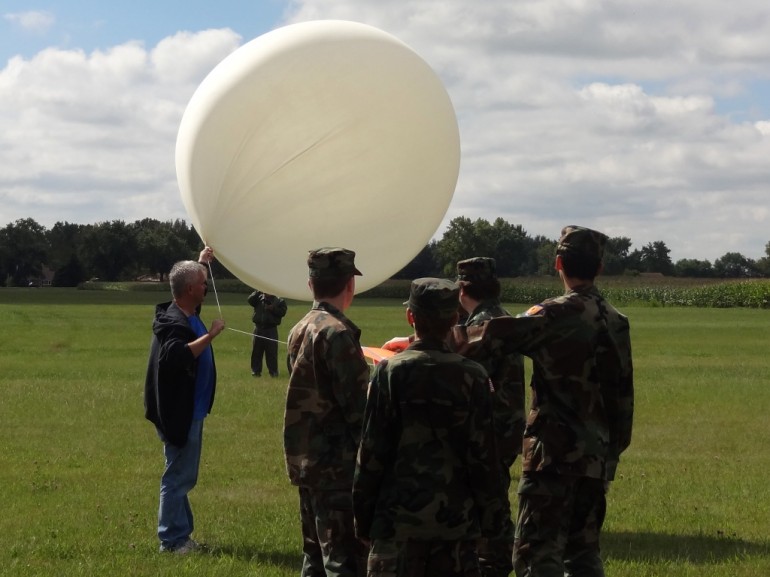 Launching the balloon and aircraft in Kankakee, IL. 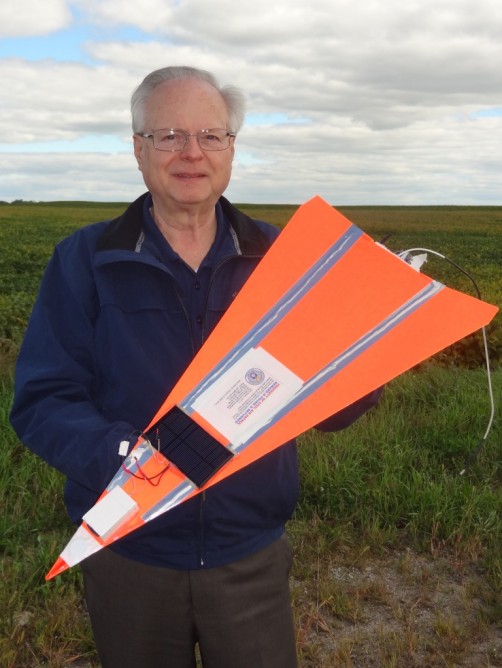 Commander Maj. John Fletcher with the aircraft after recovery.