Check out this sneak peek of Gerry Yarrish’s exclusive review of the new Stryker from the September issue of Electric Flight, on sale now! 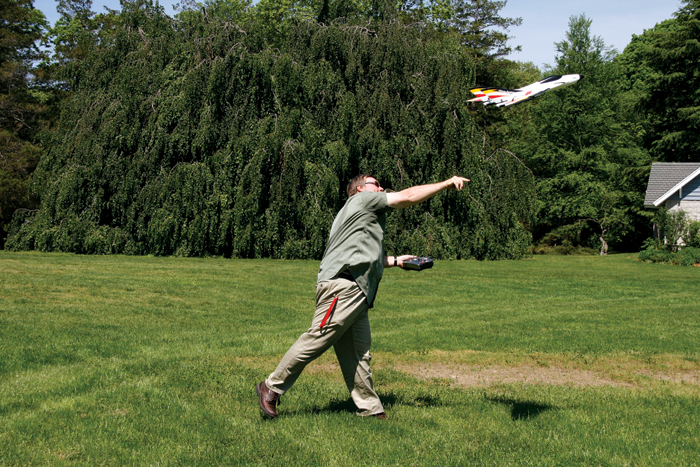 For years, one of the most successful elevon-equipped delta-wing designs has been the speedy Stryker F-27C from ParkZone. This twinfinned, swept-wing speedster introduced a whole generation of RC pilots to the excitement of jet-like speeds and fun without the expense of ducted fan impellers and hot motors. Its “pusher” design and sturdy construction made it the action machine for many a speed-hungry pilot. How can you do any better than that? Designed by world champion aerobatic pilot/designer Quique Somenzini, the new F-27Q Stryker kicks the popular design to new heights and delivers an amazing blend of speed and aerobatic precision the older Stryker could only dream about. And, it’s loaded with new features. Let’s take a closer look. 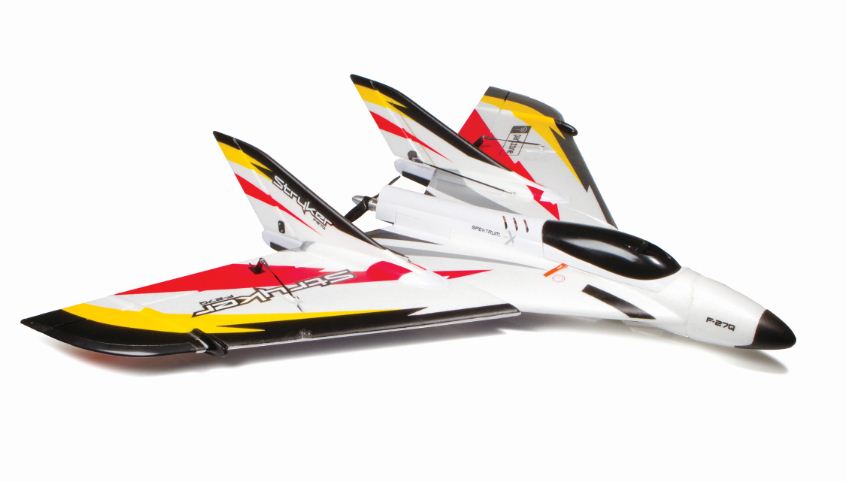 The F-27Q Stryker’s fiberglass-reinforced ZFoam airframe does two things. It produces an extremely ding-resistant and rugged airframe that will last a long time, and it is now capable of handling increased Gforces from abrupt wing loading changes at much higher airspeeds. The increase in power comes from a powerful 480 brushless outrunner motor and its twin functional rudders add much to its aerobatic capabilities. Improved yaw control makes launchings and landings easier, plus the flight envelope now includes great aerobatic maneuvers such as flat spins, snap rolls, and nice knife-edge flights. Its smooth and predictable handling will go a long way in making the new F-27Q Stryker the new default sport-flying favorite for RC pilots looking for high speed and performance.

Stability: As with all swept delta wing designs, the model has some inherent stability and with its dual vertical fins and functional rudders, the Stryker has great stability both at slow and at high speeds.

Tracking: Again, because of its functional rudders, the Stryker has great yaw control. Where the older model had a bit of nose wondering at slower speeds, this Q version remains solid and smooth even in slight crosswinds or gusty conditions.

Aerobatics: Flying wings are usually not known for their aerobatic prowess but this new Stryker changes all that. Snap rolls, high-alpha slow speed, spins and precise inverted flight are all well within its capabilities. Increase the throttle and you have a very exciting ride. The fiberglass wing reinforcement produces a very strong, twist-resistant wing and this adds to its control precision. 4-point rolls are easy, as are flat spins and multi-sided inside and outside loops. Inside/outside looping figure-8s are my favorite. You name it, and this flying wing can do it well. With a bit of a breeze you can even lean it into a decent hover or a harrier-type descent!

Glide and stall performance: Compared to a normal conventional tail-equipped aircraft, the Stryker has a lot of lifting surface and a relatively low wing loading. Power off, its clean lines produce a very attractive glide ratio with the nose lowered slightly. Stall characteristics are anticlimactic.