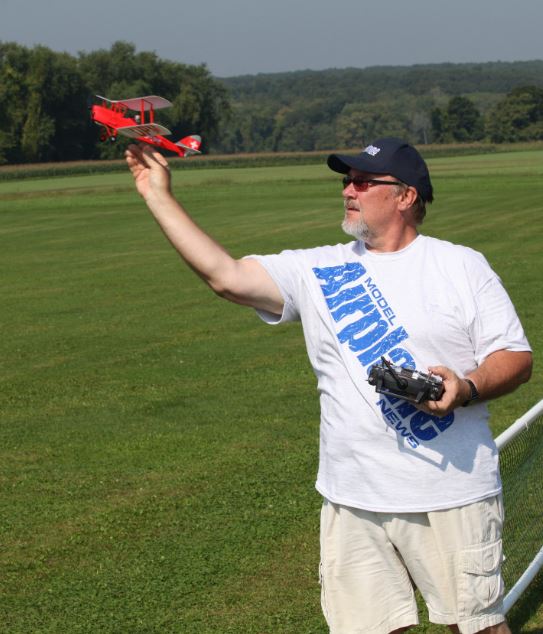 Here’s a sneak peek of the Flyzone de Havilland Tiger Moth review from the upcoming January 2014 issue of Electric Flight magazine which will be on the newsstands shortly. 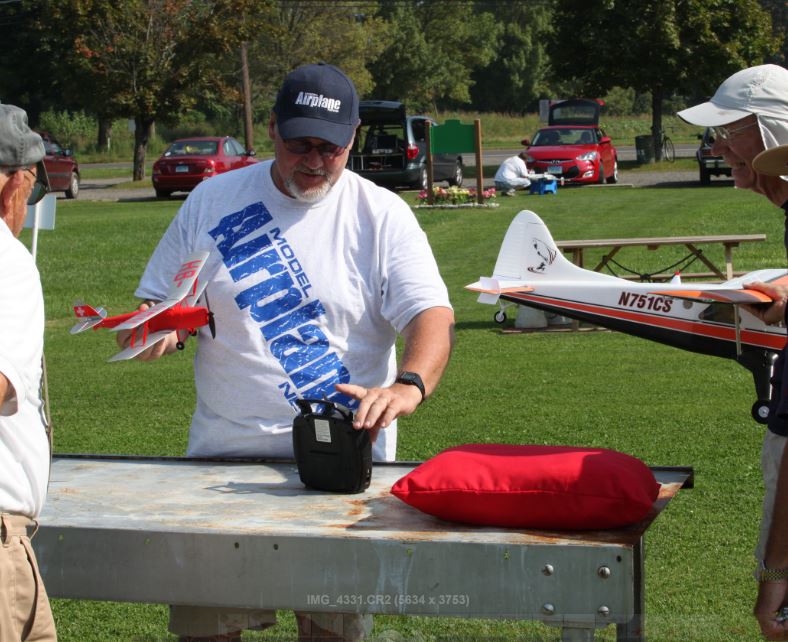 Some behind the scenes pix of our test flight. 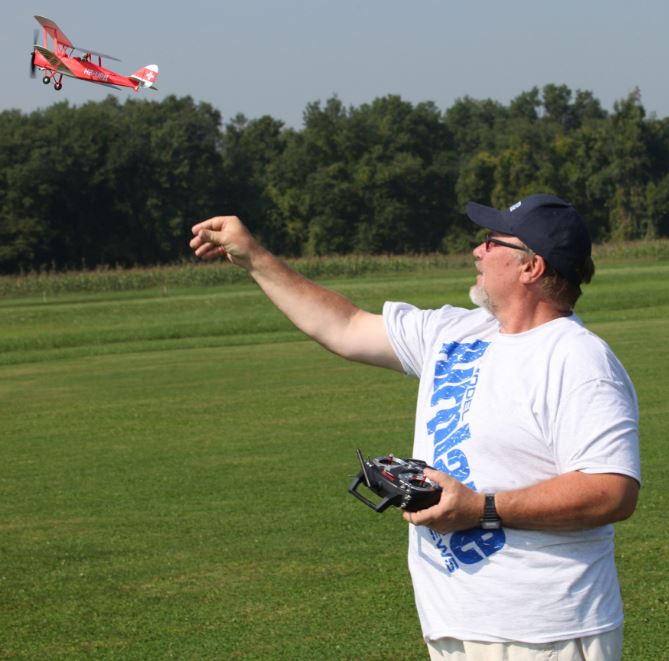 The Tiger Moth performs nicely at my RC club’s flying field with calm conditions, like many other micro biplanes from Flyzone, it was a joy to fly. It is stable and has enough rudder and elevator throw making it easy to control. Even with the occasional gust, this little vintage era biplane easily rights itself with little control input, (if you’re high enough.) Even if you manage to hit the ground on occasion, the model is so lightweight that there rarely any damage since. If the wind is blowing however, forget it. Flying off of grass is not possible with any truly micro RC plane because of the small wheels—you need to hand launch it. Indoors on a smooth level floor however, takeoffs are a piece of cake. The rudder is effective and it the Tiger Moth will become airborne almost all by itself. Indoors you can make tight figure-8s and tight loops if you are daring and the ceiling is high enough. 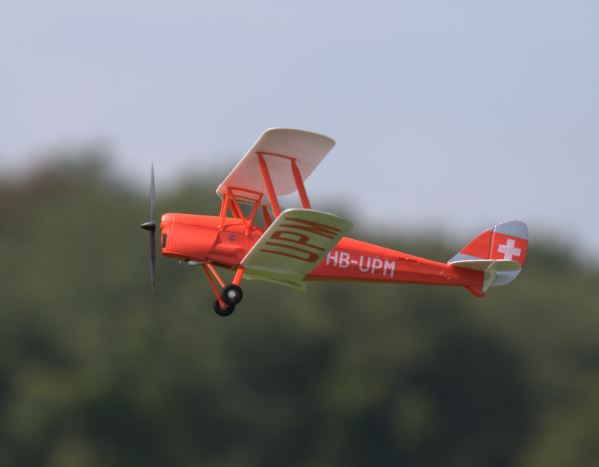 Stability: The Tiger Moth is pilot-friendly and stable enough to be a great second airplanefor anyone who’s soloed RC successfully.

Tracking: The plane tracks nicely without too much need for rudder.

Aerobatics: This is a 3-channel (no ailerons,) airplane and so it’s capable of loops, wingovers and other vertical maneuvers. For me, the Tiger Moth is designed for low level barnstorming in close to yourself.

Stalls and Glide Performance: Power off, the Tiger Moth does glides but being a biplane, its nose needs to be kept pointing downward to maintain airspeed. Stalls are easy to recover from simply by releasing some elevator back pressure and adding some power. 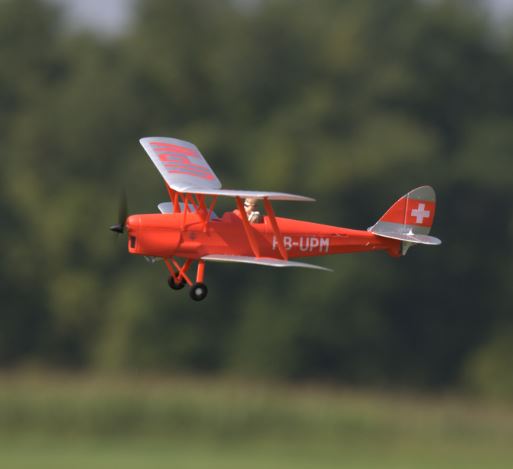 The Flyzone Tiger Moth is ready to fly straight out of the box. Charge the flight battery, and you’re good to go. Flight durations of about 8 minutes are normal and the included charger takes about 20 minutes to recharge a partially used battery. Be sure not to fully deplete the battery. 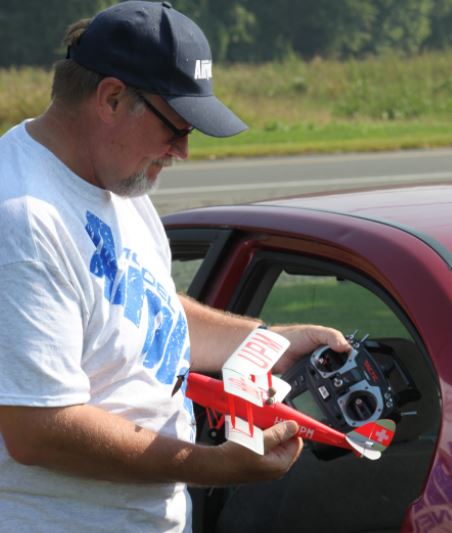