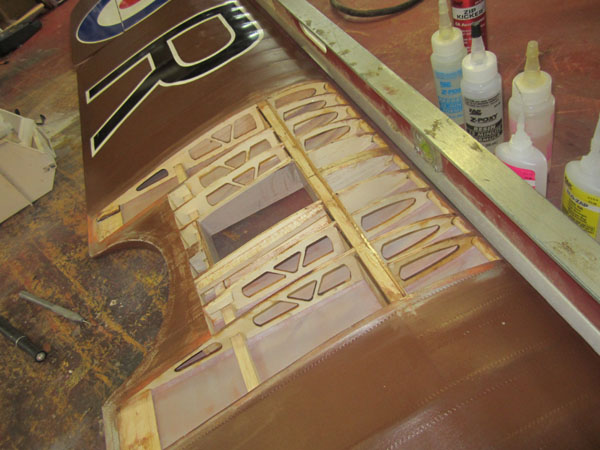 While flying the Sopwith Camel featured in our Build-Along series, I made a bad piloting decision. While at the Warbirds over Delaware event, I made a few successful flights in between taking photos and covering the event for MAN. Anyway, I came in for a landing and allowed the Camel to drift off the runway and touched down in the rough. I noticed what was happening and went to full power hoping to make an unscheduled touch and go. But what happened was I made full power nose-over landing flipping the plane onto it “back”. There was some damage to the top of the rudder, but I noticed that the wing was flexing and the covering showed a definite defect along the center spar. So, I ended the aviation part of my weekend and brought the Camel home. Here’s how I fixed the top wing. 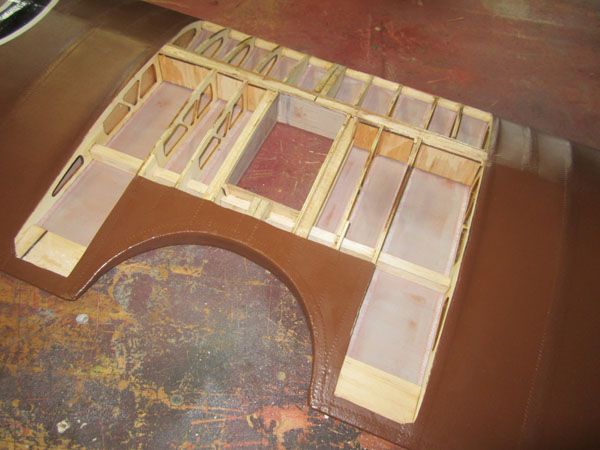 (Above) the first thing was to go over the entire airplane and check for any obvious damage. Other than the top of the rudder, nothing was wrong. But the wing was definitely showing signs of internal damage. I removed the covering as shown here and went over everything very closely.

(Above) the damage was confined to the main spare very close to the plywood center spar braces. 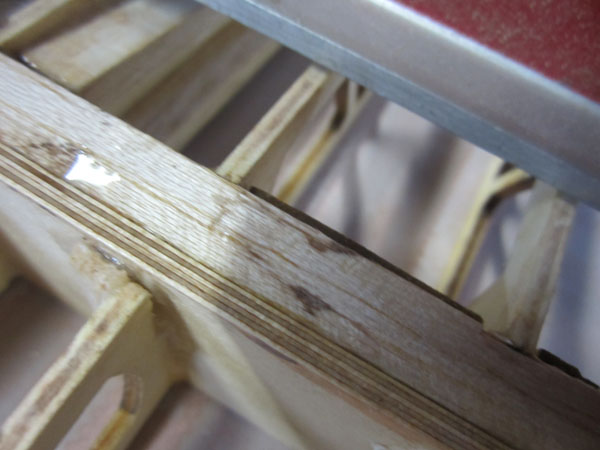 (Above) it doesn’t look like much but the discolored lines here are spanwise splits in the top spar. Not actually cracked or obviously damaged, but running between the two plywood braces allowing about a 1/2 inch deflection at the wingtips. (I suspect I may have used defective material when I made up the spars!) 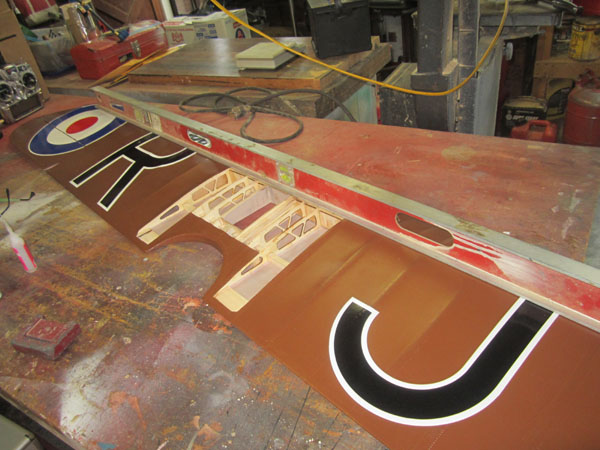 So, I added additional plywood supports to help bear the load and then placed the wing flat on my workbench. I used thin and medium ZAP glue and soaked the damage sections of the top spar. I did not use Kicker as I wanted the glue to saturate the wood. 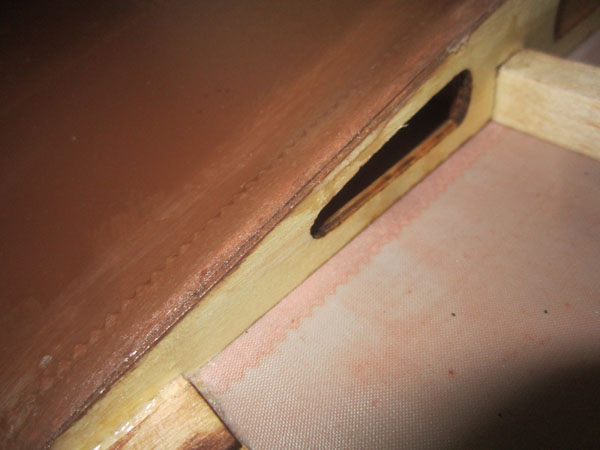 The next step was to wick thin Zap under the undamaged covering and fix it to the ribs. As you can see, I cut the fabric flush with the rib bay just outside of the damaged area. 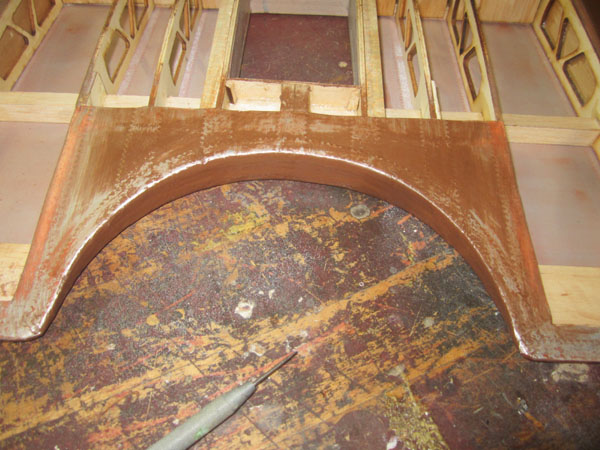 Using MEK solvent, I removed the top layers of paint above the wing center cutout bow. THis was not damaged so no need to remove the covering. But I wanted a good bond for the new covering material. 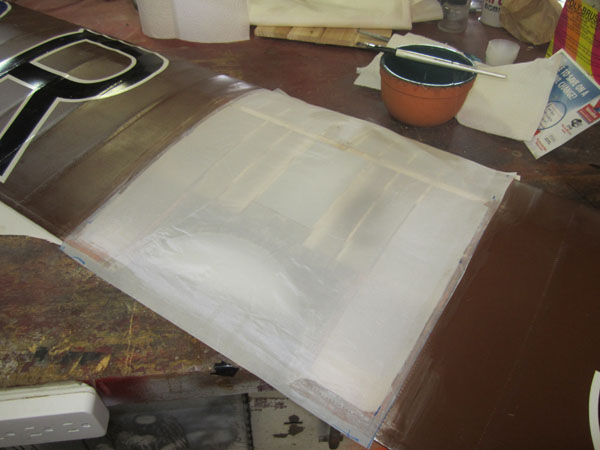 (Above) Since the Camel is covered and finished with Scale Stits and Poly Tone paint, it is rather easy to make these kind of repairs. I Brushed on a coat of the Poly Tak fabric adhesive over the ribs and the top of the covered wing sections and let it dry. I then cut the new fabric to size and glue it into place. I started at the corners and then along the edges, pulling the fabric tight as I went. 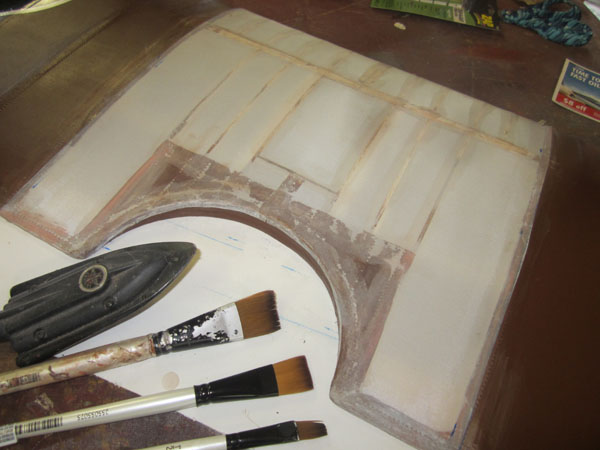 (Above) Here’s the completed patch job with all the wrinkles ironed out. This is just prior to adding rib tapes and sealing the cloth. 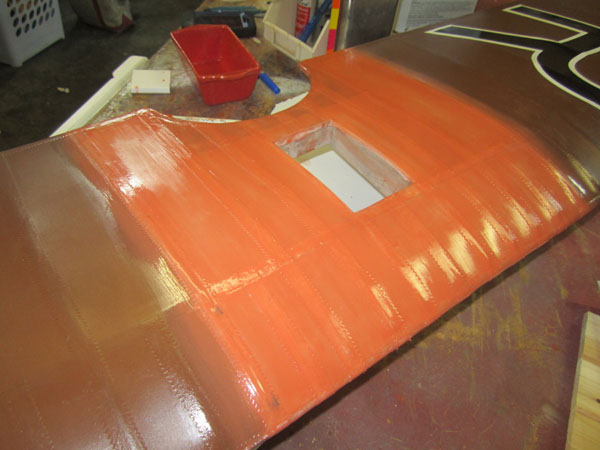 (Above) here is the repair with six coats of Poly Brush applied along with the pinked tapes added to the new fabric. I used pre-cut tapes made from the same poly-fiber material as the cloth. They are available from F&M Enterprises. No wrinkles or loose cloth seen anywhere. 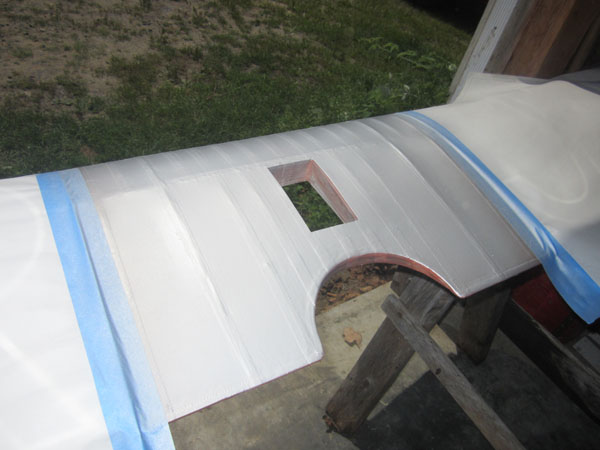 (Above) for the painting, I went out one rib bay from the patch and taped off the wing. I then apply two light coats of Poly Spray silver undercoat. When this dried completely, I used a green ScotchBrite pad and lightly went over the tapes to knock off any sharp edged. 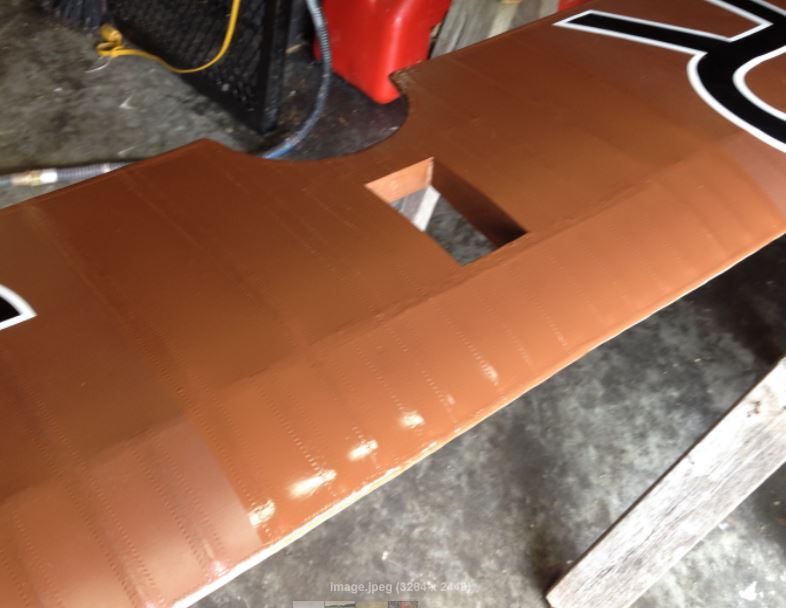 (Above) Three light coats of color and the repair is almost impossible to detect. The new paint here is still wet (tacky) and so is still glossy in appearance. As it fully dries it will become more muted and will better match the old finish. I will later on go over the area with a little weathering to help blend the old and new areas.

That’s it. Scale Stits fabric and Poly Tone paint is the greatest stuff to repair. I have been using it for close to 20 years and find it extremely easy to work with. 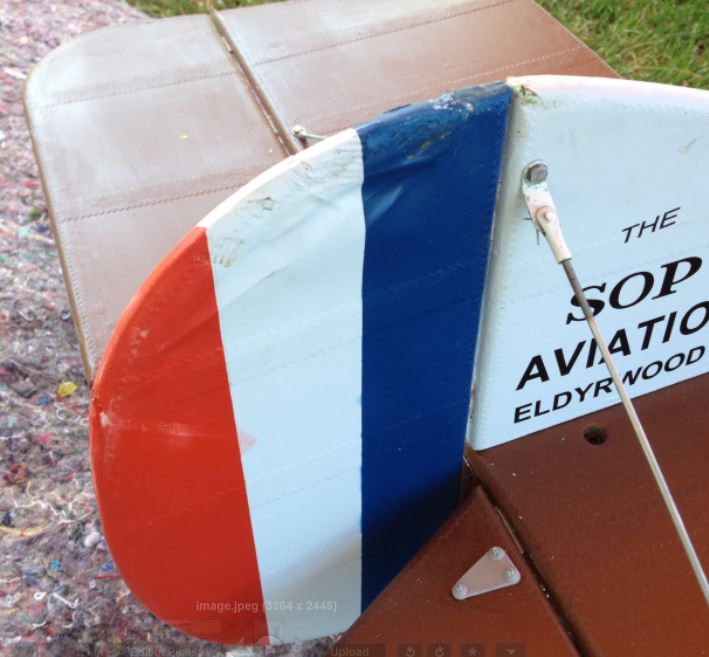 So here’s the rudder. I repaired it at the field, pulling the damaged top back into position and slitting the covering so I could inject thin Zap glue into the damaged parts. Looks pretty good and I will use a heat gun to retighten the covering. If it works out, all I will have to do is touch up the paint. If not, then I will post another repair showing how to replace the damaged rudder.

Until next time, Don’t land in the rough!