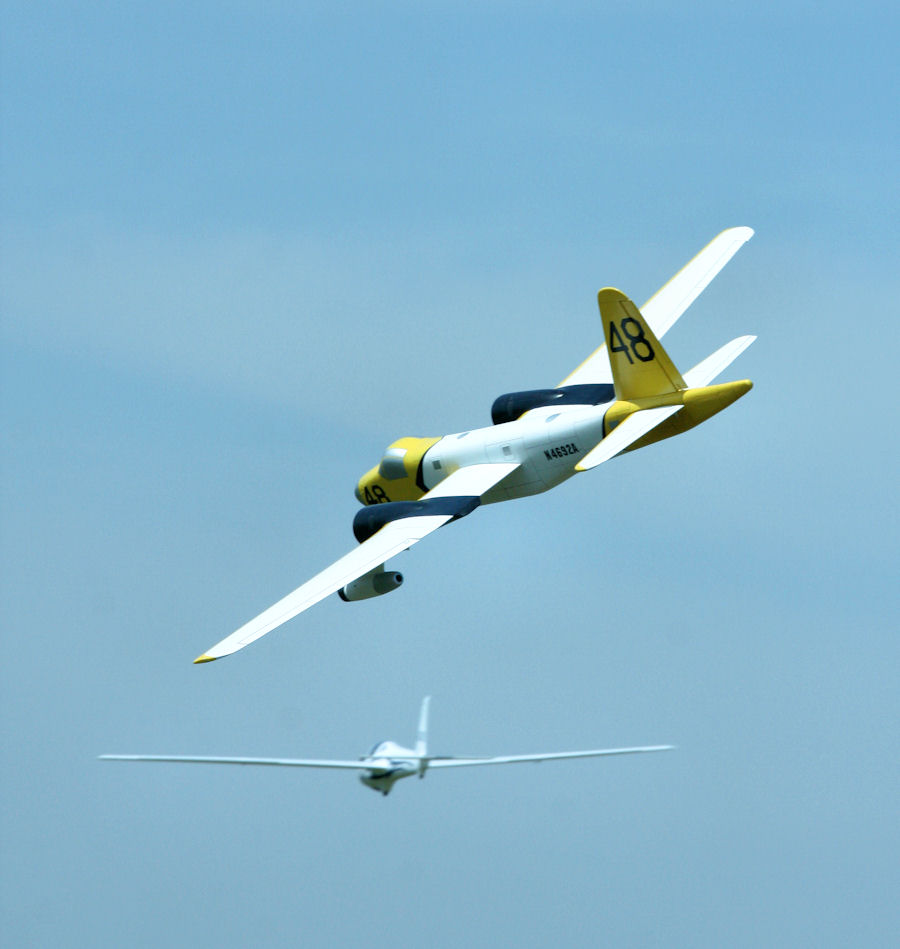 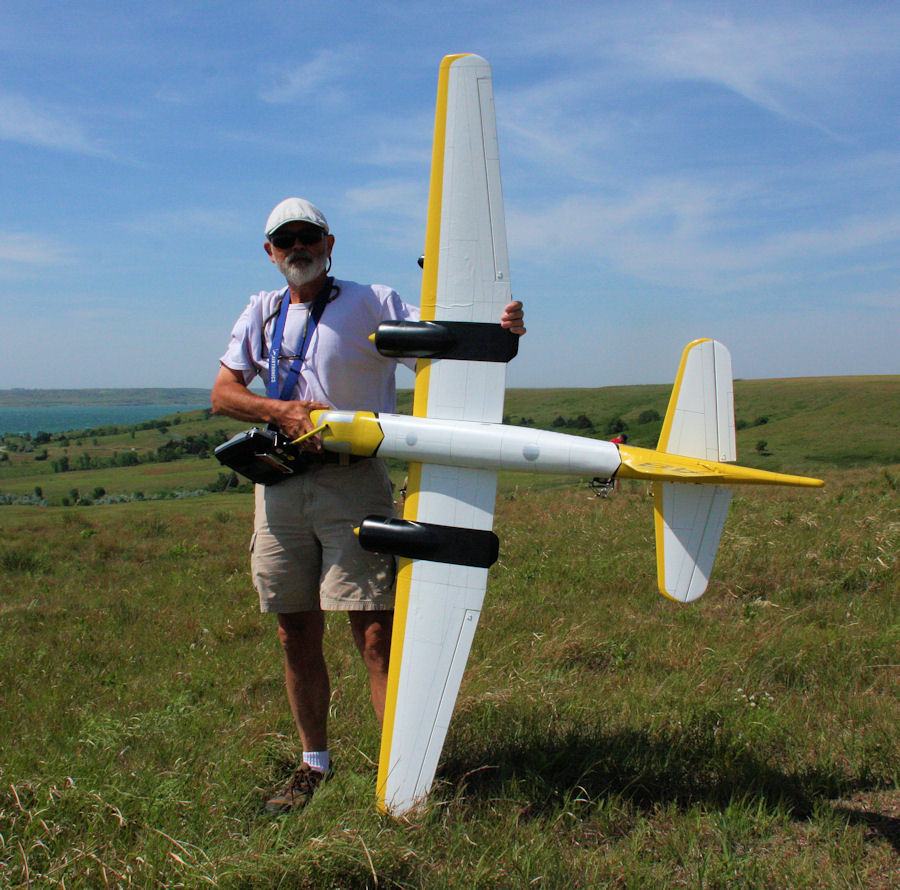 Due to its steady winds, strong lift, and generous grass landing areas, we see some impressive slope gliders on the the slopes over Wilson Lake in Lucas, Kansas.  Phil flew his Neptune a couple days before the 19th annual Midwest Slope Challenge in May 2012. Phil saw the prototype airplane in action near his home in Boulder, Colorado and  so he decided to build a “slurry bomber” as a tribute to those who fought the Four Mile Canyon Fire in 2010.

I had a chance to Chat with Phil about his Neptune and here’s the story. (photo and text by David Garwood) 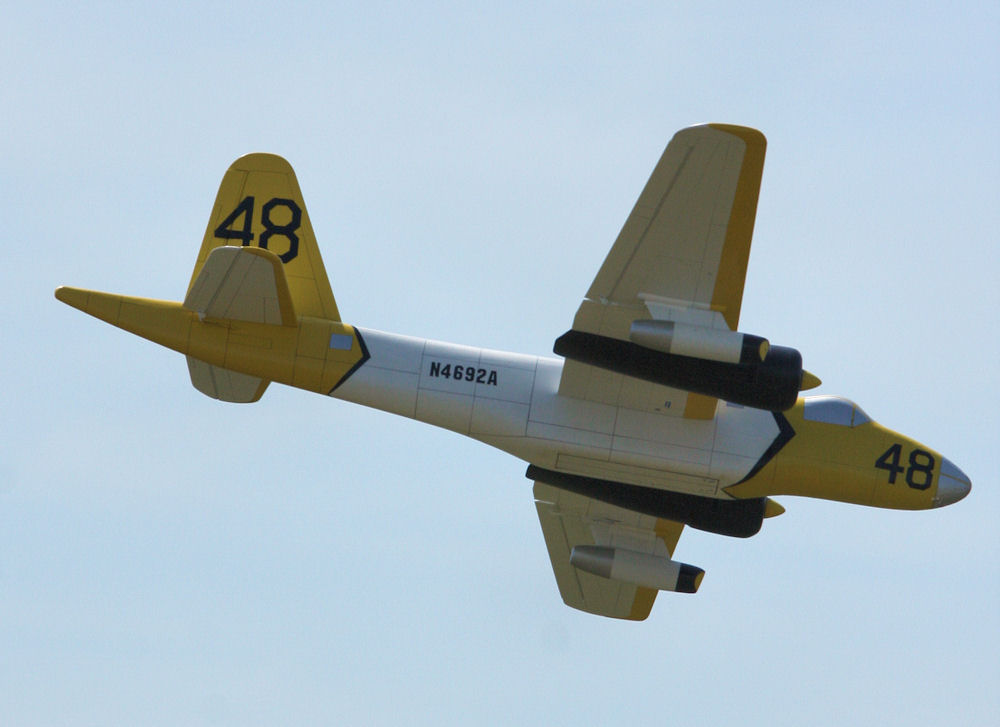 What led you to select the “Tanker 48” finishing scheme?

I liked the color scheme of the #48 and when I searched for photos of the plane, I found some showing the original long Neptune tail. The long tail was modified to a shorter version later. The long tail and the big vertical stabilizer are pretty unique features, not to mention the cockpit area of the fuselage. The online pictures of it doing a slurry drop sealed the deal, that was the plane to build.” 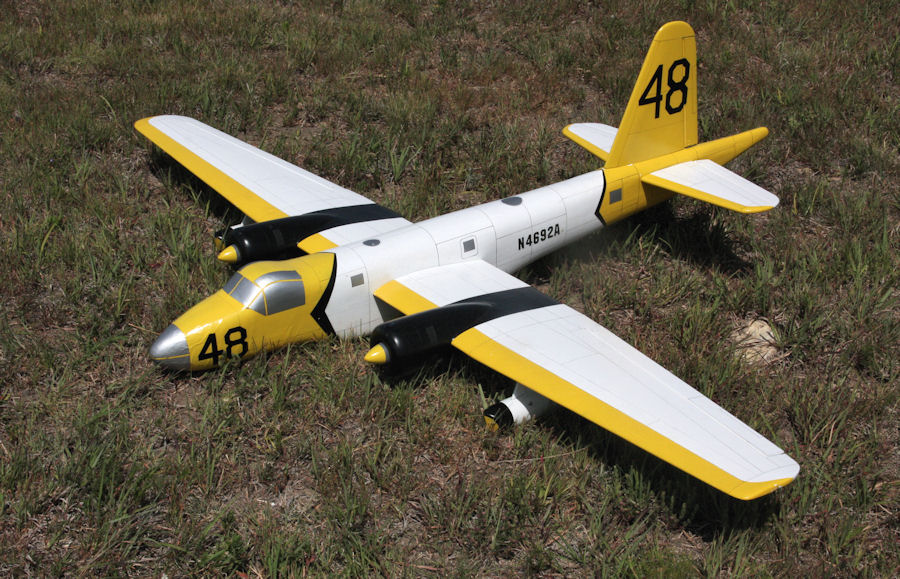 What problems in design and building did you face and how did you overcome them?  Making two engine nacelles from foam the same size and shape. Removable wings and tail surfaces for travel. Removable bomb bay module with dual bays for two slurry drops. 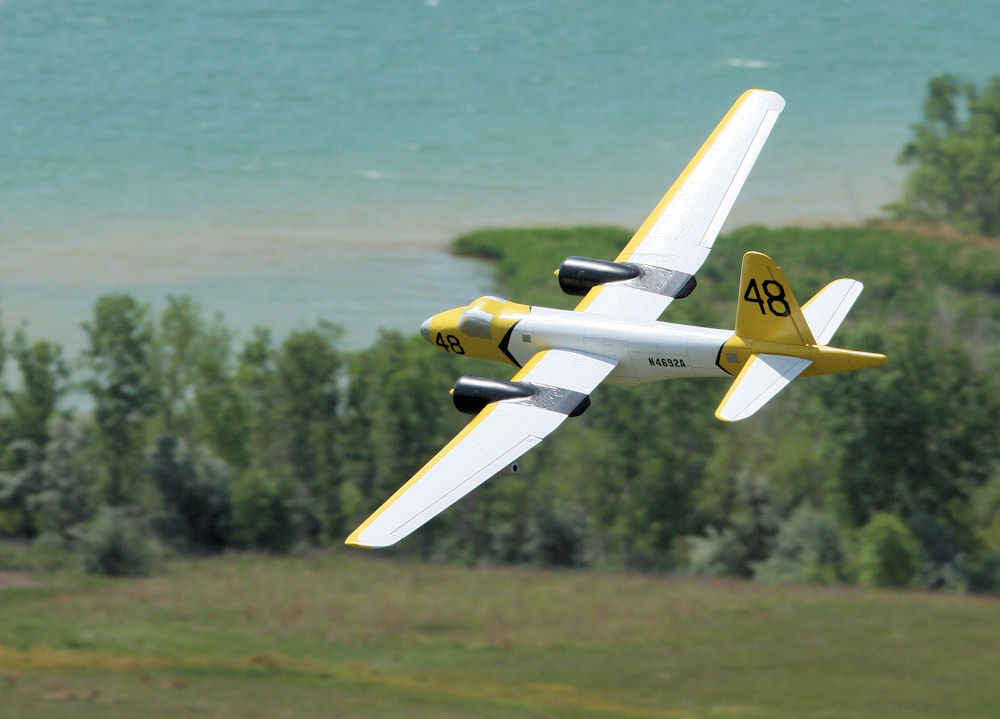 Are you pleased with the flight performance of the Neptune? Would you change anything? The plane flew well in both light and heavy wind. The plane really scoots in big wind. If I changed anything, I would use a thicker airfoil to slow the plane down to a more scale flight speed.

What slope soaring design projects might be in your future?

I start planning more than a year in advance for the Southern California PSS Festival. I have the preliminary plans drawn up for two (secret) scratch build PSS planes. One will be a 1/6-scale Military PSS and a 1/6-scale Civilian PSS.  To my knowledge neither of these planes have ever been built as a slope glider.  I’m building these for the 2013 Southern California PSS Festival. You will have to attend the PSS Festival to see what these planes are. 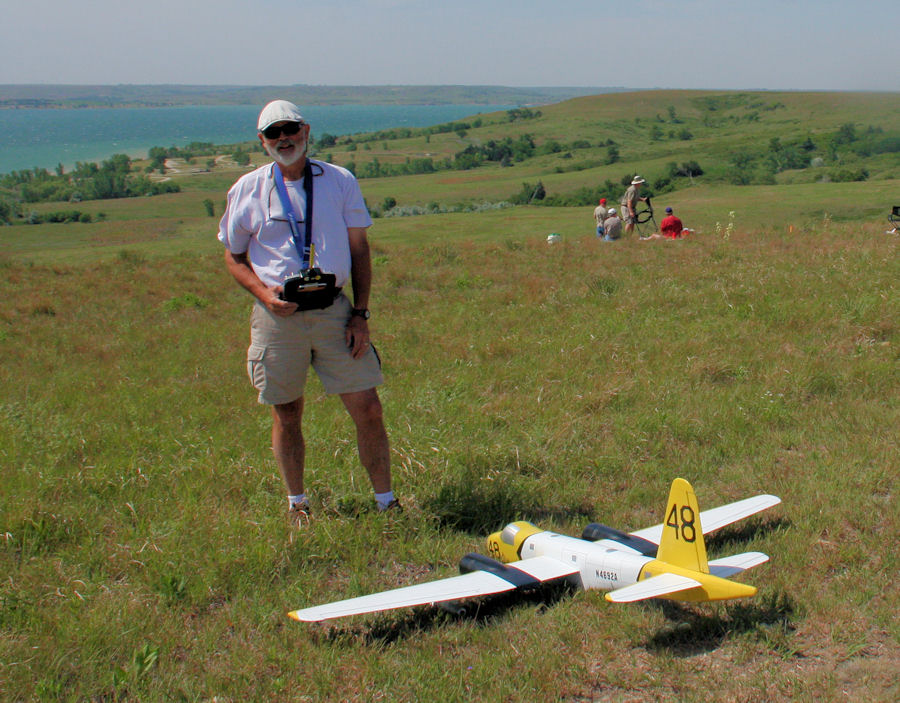 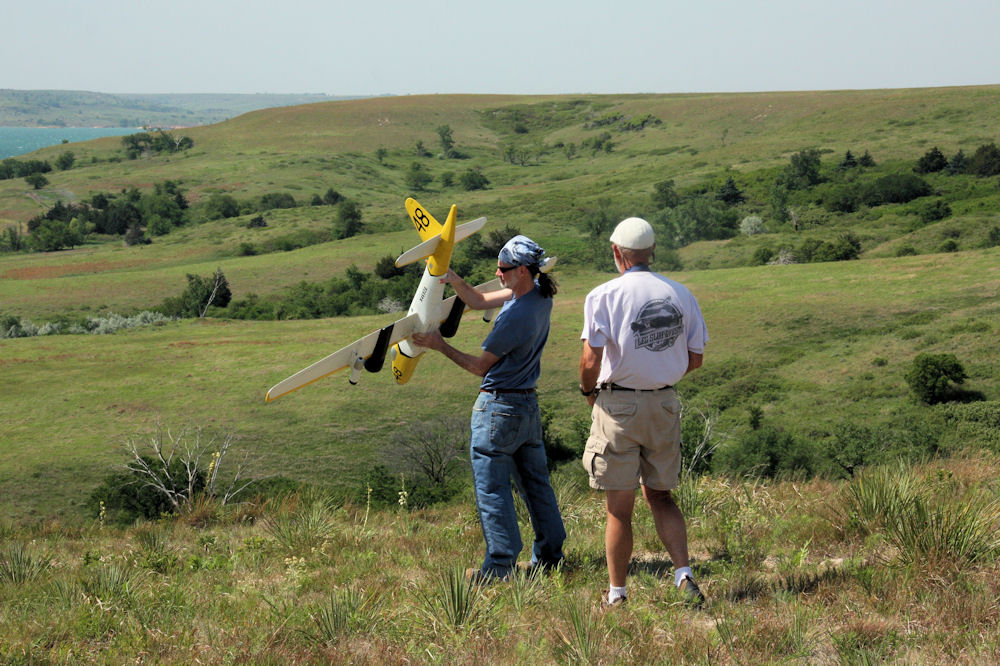 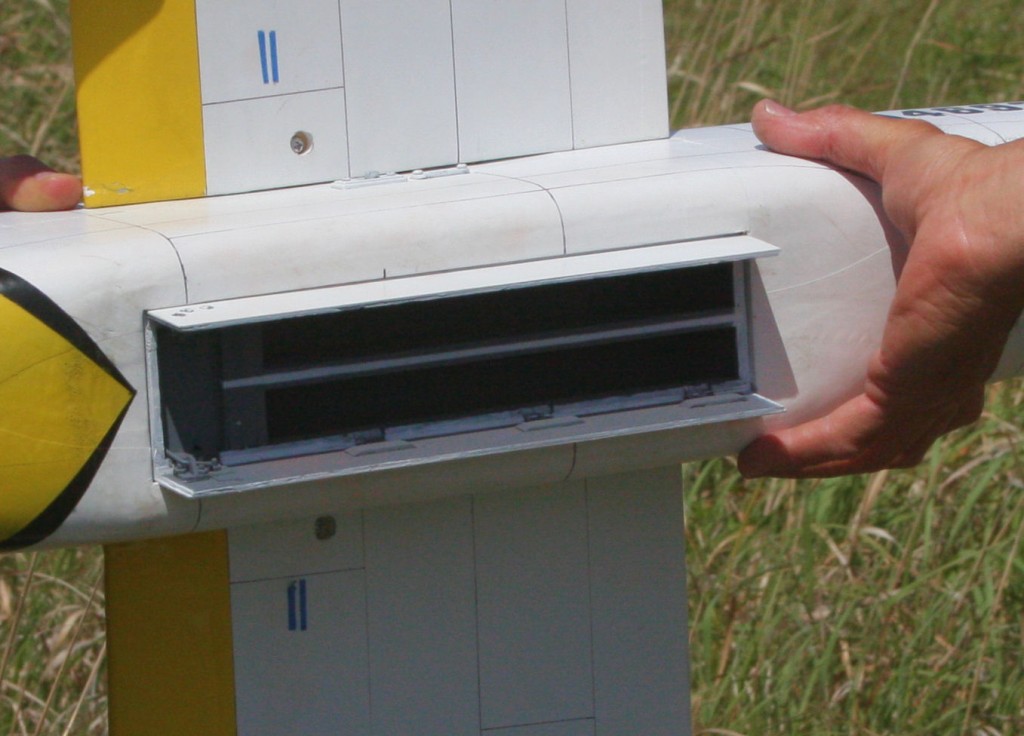 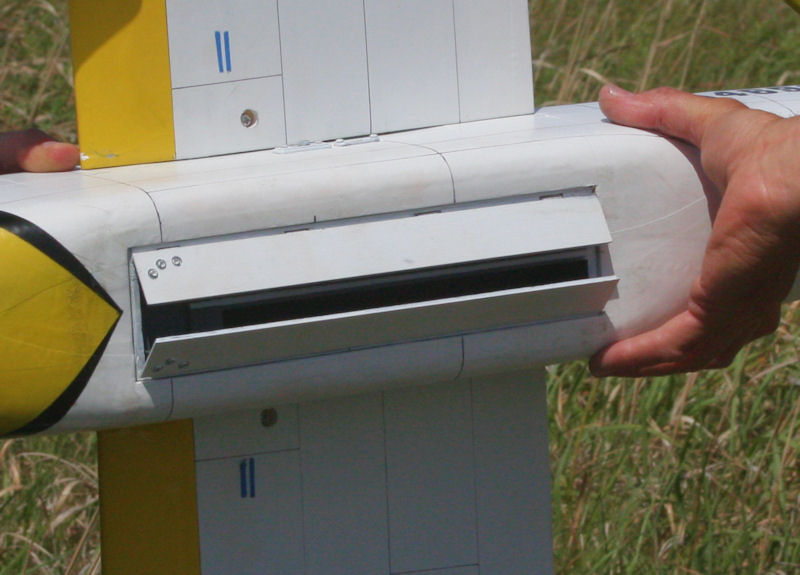 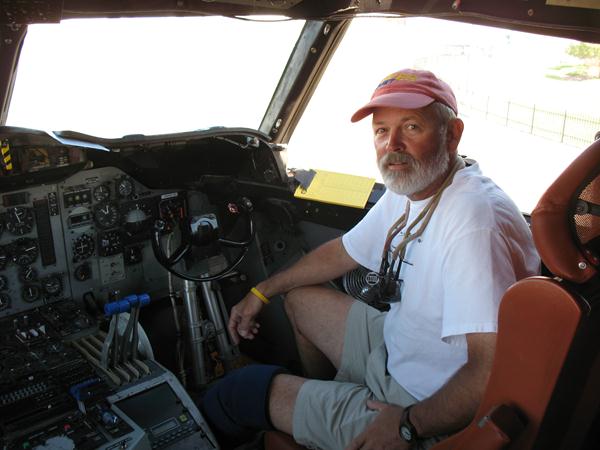 Phil in the cockpit of  Tanker 48 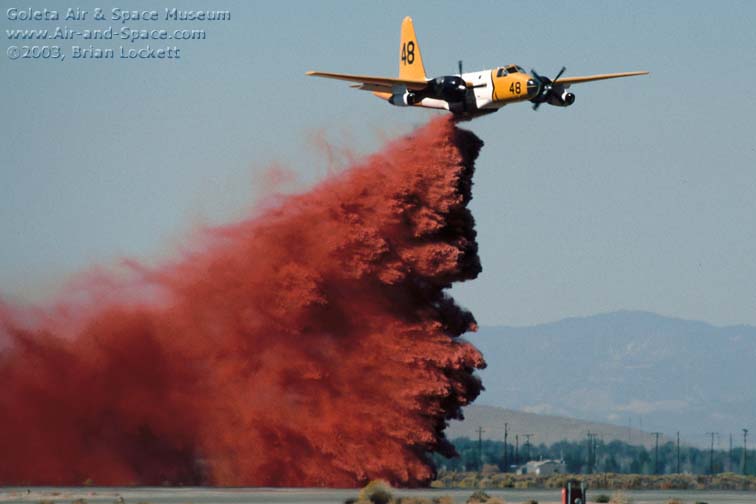 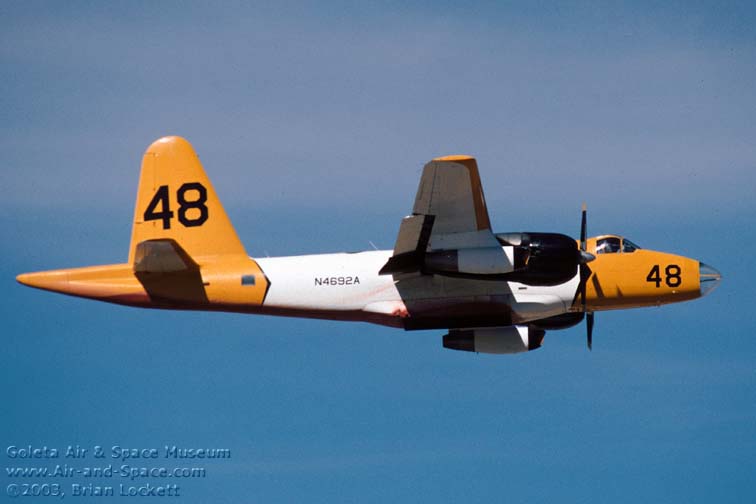