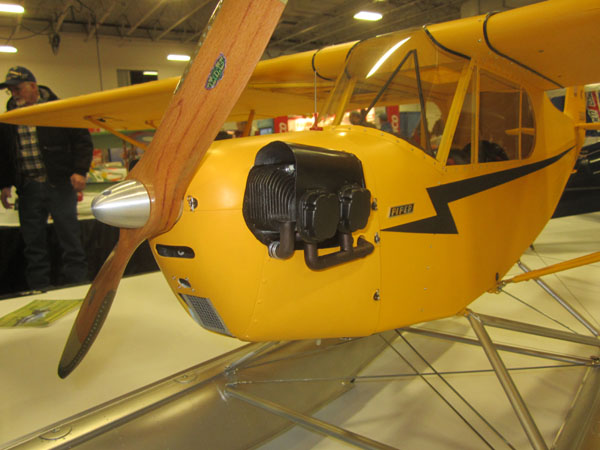 When it comes to scale, it’s all in the details that counts. You don’t have to have a big complicated multi-engine warbird to do well in scale competition. But rather, a properly detailed version of a simple airplane will often do extremely well when it comes time to earn static scoring points. Such was the case with Mike Plot’s beautifully executed J-3 floatplane he entered at the recent WRAM show at the Meadowlands Expo Center in NJ. 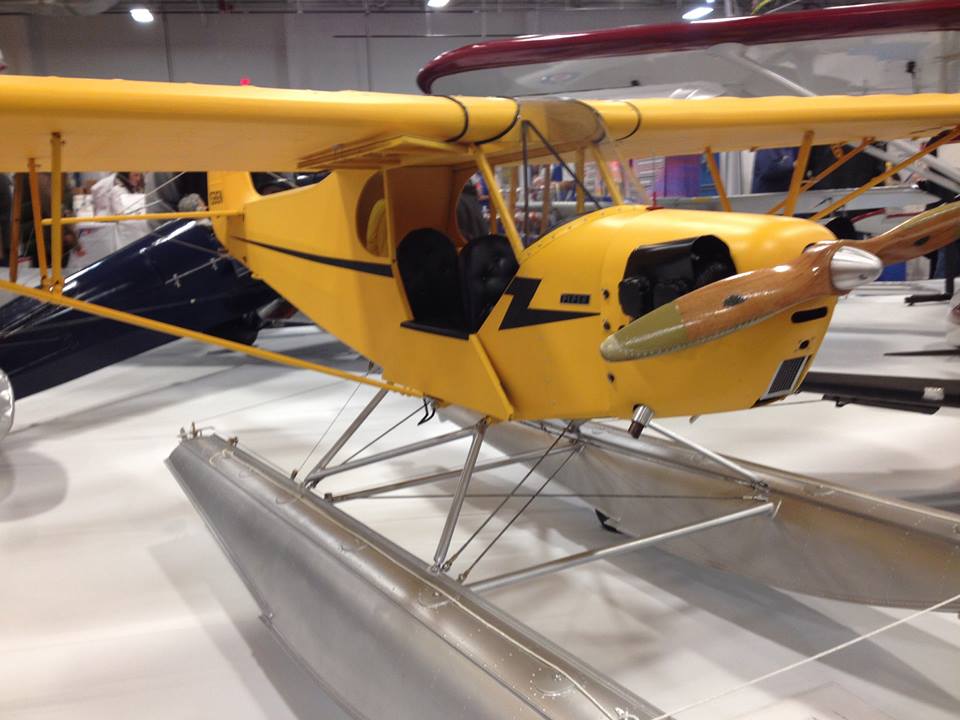 Mike’s Cub was so well done that is placed 3rd in the hotly contested Civilian Class in the Static scale competition. A note here, the guy who won the category was a Top Gun Scale Invitation veteran! So third place is nothing to sneeze at!

Over all, Mike did everything right with his Scratch built airplane. Instead of finding documentation to match his model, he got his documentation and 3-view drawings first and then built the model to match. The scale outline of the Cub is spot on and every detail is done just right. You don’t easily see any RC hardware, rather the rigging and control cables are scale in appearance. 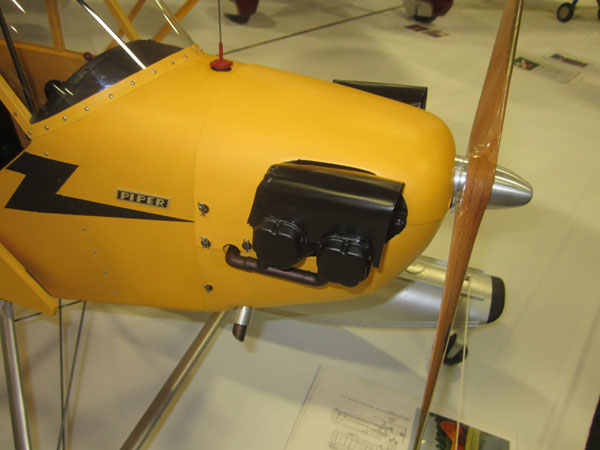 For the Cowling, Mike used a Saito 150 4-stroke engine so it was easier to hide and his treatment of the engine cowling and the dummy Continental engine is also very fine and accurate. Check out the cotter pin attachment points in the photo above. And another scale detail that makes a Cub a Cub is the red screw on gas cap in front of the windshield with its float gauge wire. Mike did it right! 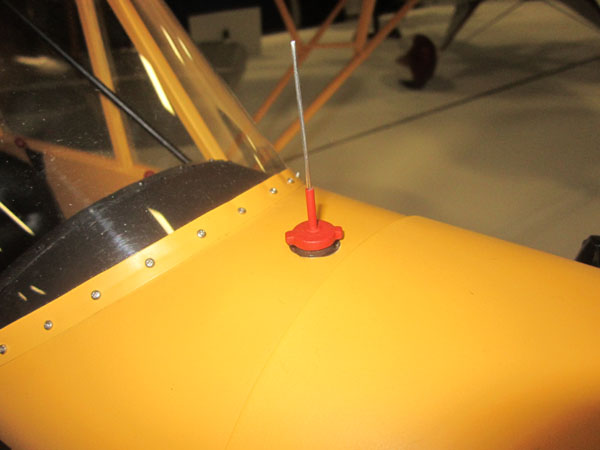 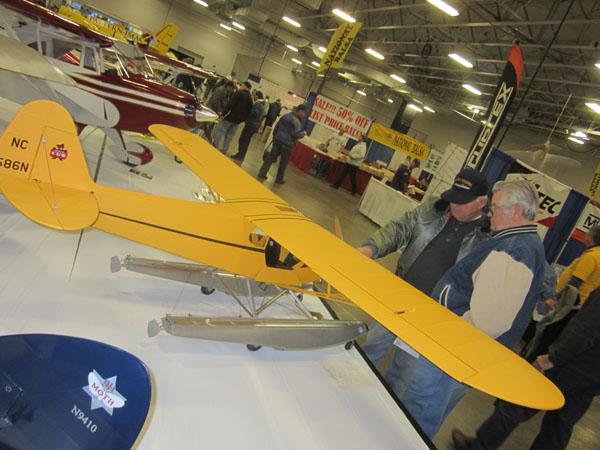 Built to 25% scale (1/4-scale), it has a 108 inch span and the ailerons and linkages are also scale in design. The model is fabric covered and is finished with Cub Yellow Klass Coat 2-part epoxy paint. There’s even the scale control cables on top of the wing for the ailerons complete with the scale fairing that’s so much a part of the Cub’s character. 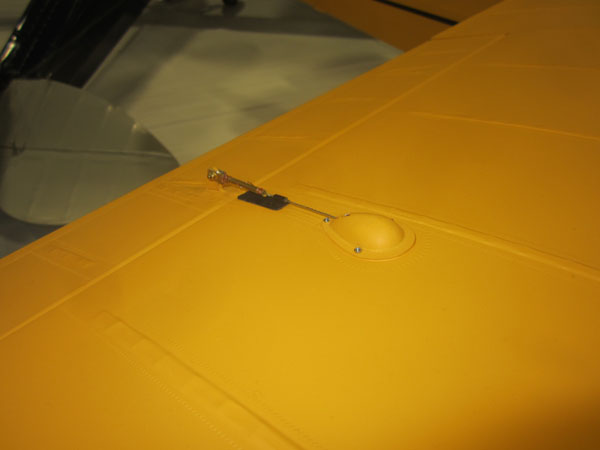 Of course he also did the pinked taping and the rib stitching as well. Not an “in your face” treatment but just subtle enough to look like the real thing.

When it comes to the Cub’s tail, it has to be done right including the rigging wires and the intersection of the horizontal stabilizers and the fuselage. The tubes have to fit into place and the inspection covers have to duplicated as well. 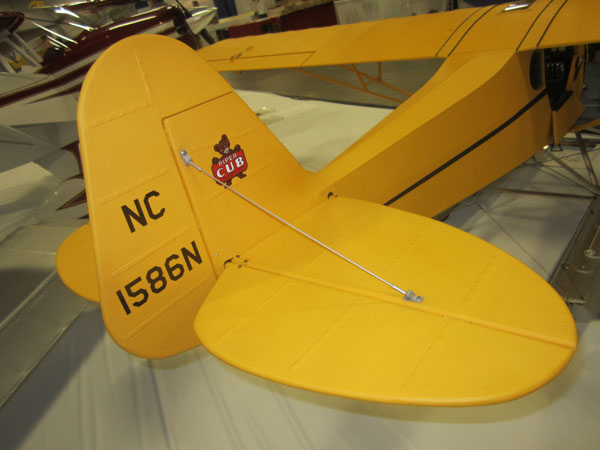 So yes, the outside needs to be done right, and with many competitions, it is only the outside that counts. But when you go the extra mile, and do the interior details as well, and do them correctly, the judges take notice. Mike made the cabin door and upper window function and that cabin opening just cries for you to look inside. 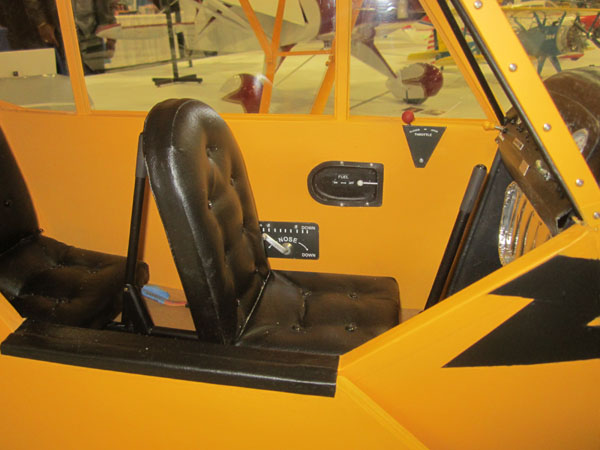 The Cub is again a very simple aircraft, but you have to duplicate the airplanes details, just like Mike did here above. The seats and control columns, the throttles, Carb heat and elevator trim lever are all must haves for an accurate cabin interior. 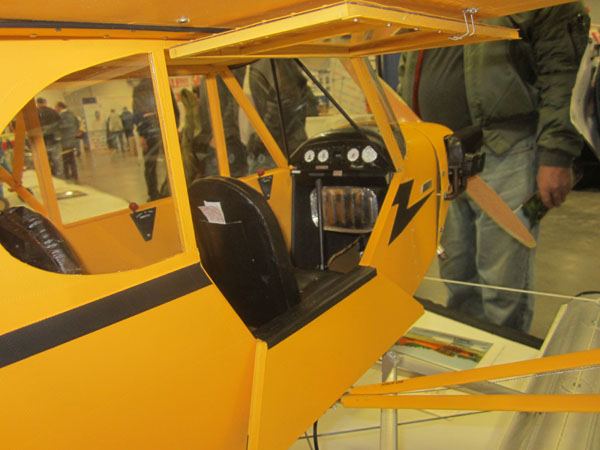 Fuel tank, instrument panel and a sectional map in the seatback pocket, all show that Mike did his homework. 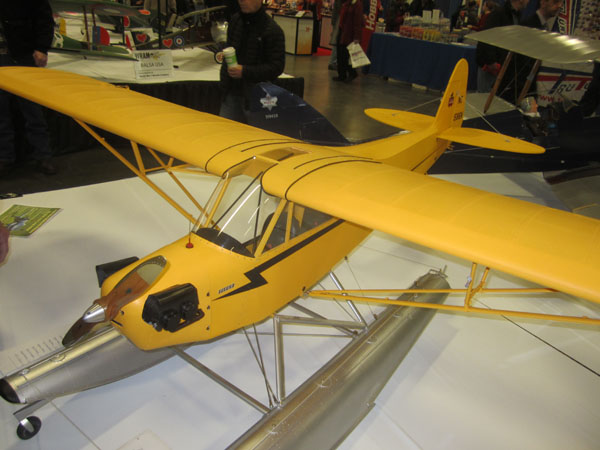 Notice anything else? Mike went to the trouble of duplicating the metal wing root fairing strips complete with the rubber boots around the windshield and the top window. And of course there are those nicely detailed floats. You can’t see any servos or pushrods here, Mike duplicated the control cables that lead from the rudder down the belly of the Cub, around the pulleys and back to the retractable water rudders. I was also impressed that on the left jury strut, he duplicated the pitot tube complete with the air operated tube opening cover. A very nice touch indeed.

When you figure that Mike produced this beautiful example of scale accuracy in only eight months, you gott’a wonder what he does with his spare time. I would say it involved lots of workbench time!

Congratulations to Mike for his amazing efforts and 3rd place win at the WRAM show. I’ll bet that his Cub will fly just as great as it looks! Job well done!!!