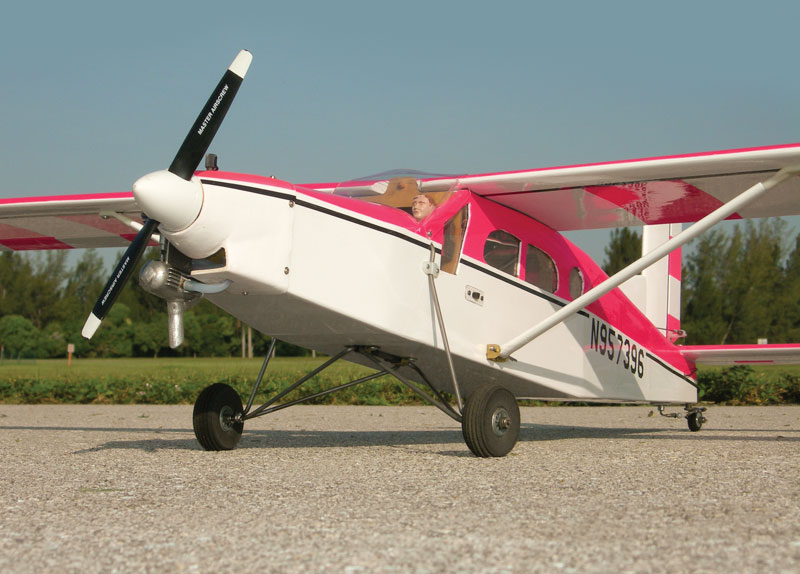 A sport-scale STOL aircraft for glow or electric power.
My original goal was to develop a light 50-inch-span airplane to fly with the small-block O.S. LA .15 glow engine. I chose the Pilatus Porter (PC-6) because of its beauty and full-scale performance and because it was in my “someday” list. After seeing the glow version fly, it became obvious that an electric conversion was possible.
The Pilatus Porter PC-6 is a Swiss-made Slow Takeoff and Landing (STOL) aircraft. The first prototype flew in May 1959 with a 340hp piston engine. Since then, it has gained power and been adapted for many roles, including that with the military. The current version, offered by Pilatus Aircraft, is the PC-6 (B2-H4), powered by a turboprop rated at 550hp. The manual specifies a takeoff-roll distance of 646 feet and a landing roll of 417 feet at sea level. Test pilots have been able to make landings within 164 feet.