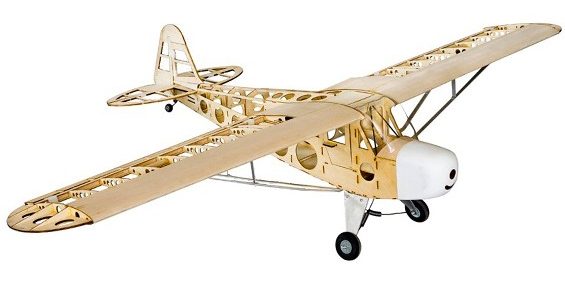 The Piper J-3 Cub is one of the most recognized light aircraft in the world. The Piper aircraft company built the Cub in large numbers and was a favorite due to its simplicity, ruggedness, affordability, and great flying characteristics. The large wing enabled it to fly slow and gracefully. There are many examples still flying today and were used in every theater of war during WW2, with a distinguished history as an air ambulance, observer and was the last aircraft in air to air combat in Europe.

Our model captures the very essence of the Piper Cub, it has a solid yet lightweight framework structure built from balsa, hardwoods and includes molded plastic cowl and windscreen. In addition, functional and authentic looking landing gear. For ease of construction, all the parts are beautifully laser cut so you can build the perfect model. We have also included a pair of scale aircraft wheels, pre-bent and drilled aluminum wing struts, carbon tube wing spars and joiners plus a comprehensive hardware pack that includes nuts and bolts, servo horns, rods and connectors etc.The Piper J-3 Cub has been designed to use either a 42mm brushless outrunner motor with 500~600 watts of power or an equivalent gas motor, 4 standard size servos are more than adequate for the control surfaces.

Overall this is a fantastic kit and due to its ease of construction, it is perfect for the seasoned builder or those with limited building experience. Once finished in an authentic covering such as the classic yellow and with the addition of scale accessories such as a pilot and instrument gauges this 1800mm or 6-foot Cub look the part and will turn many heads performing lazy aerobatics or low passes at your local flying field or RC flying club.
Features: 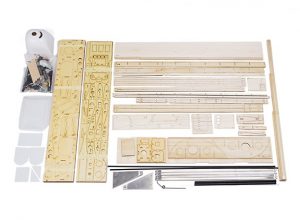 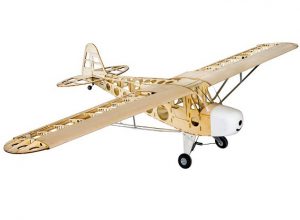