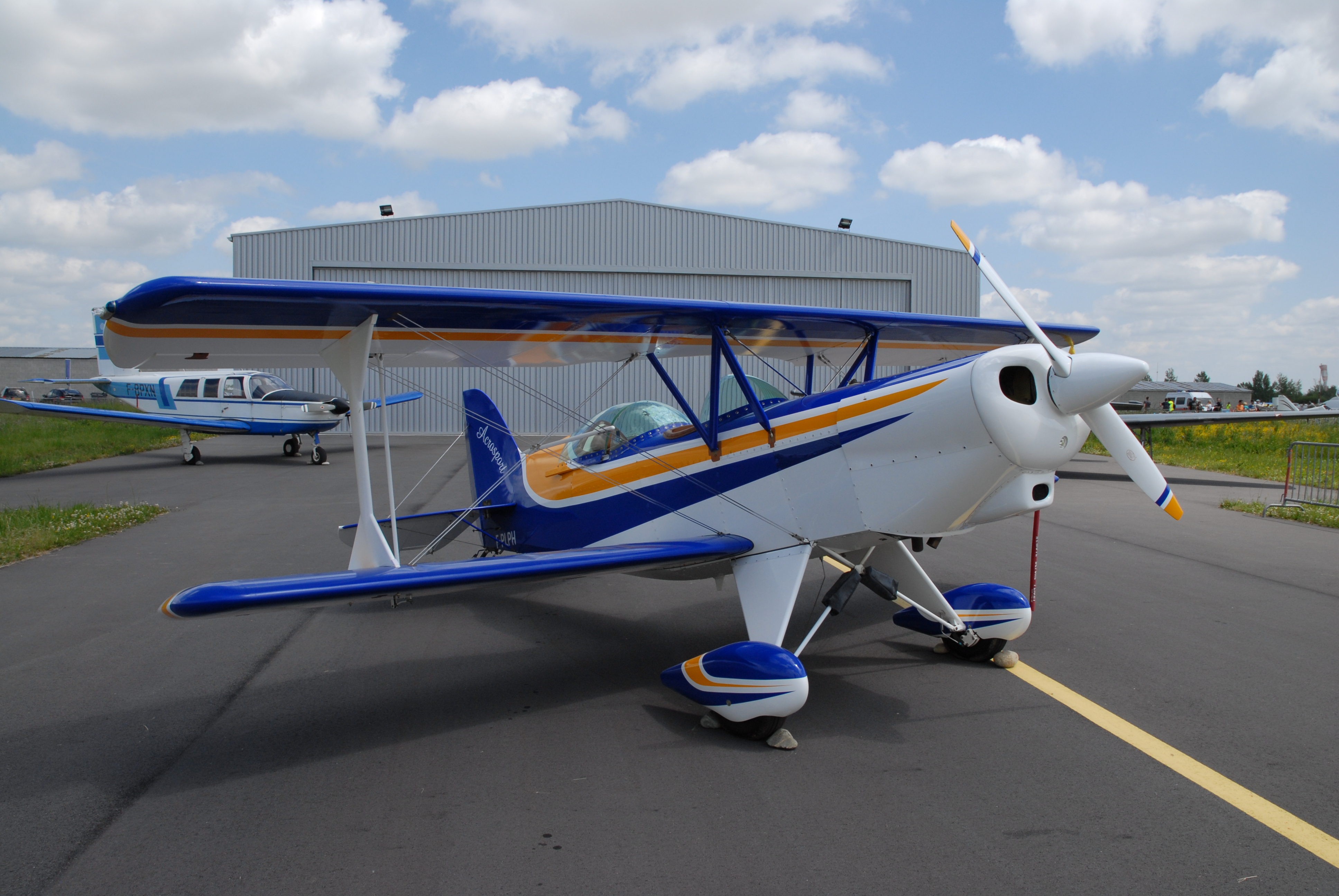 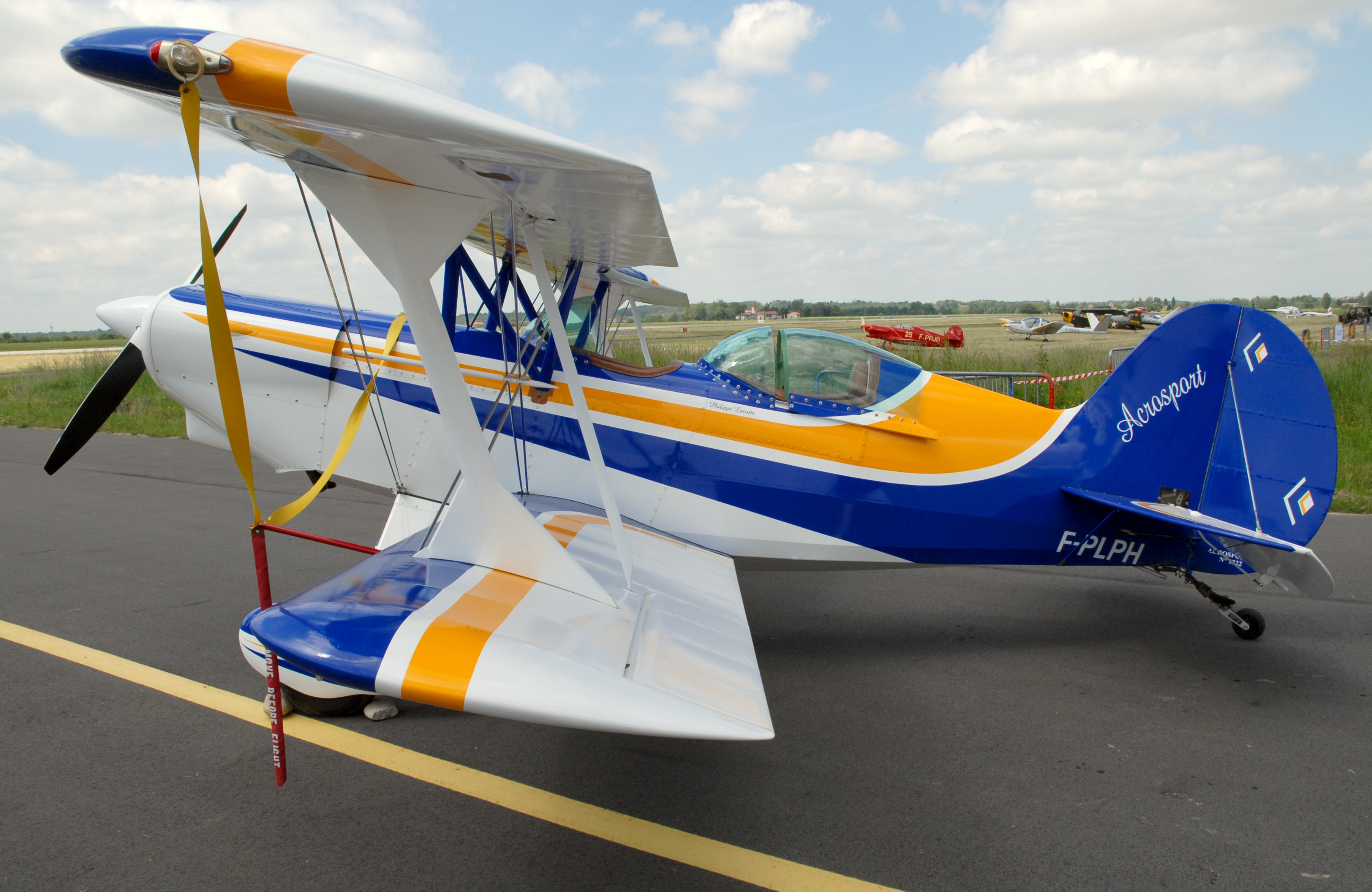 The prototype first flew on January 11, 1972, just 352 days after Paul began designing the aircraft. Both biplanes are built using welded steel tubes and feature wooden wing ribs and spars. Both are finished with fabric covering and paint. The prototype is powered by an 180hp, 0-360, 4-cylinder Lycoming engine and is part of the EAA Museum’s aircraft collection. The Acro Sport’s long nose and tail moments, constant wing chord and simple cabane and interplane strut design make it a good subject for a scale or sport-scale model. If you’re tired of the Pitts or Christen Eagle, try the Acro Sport II. 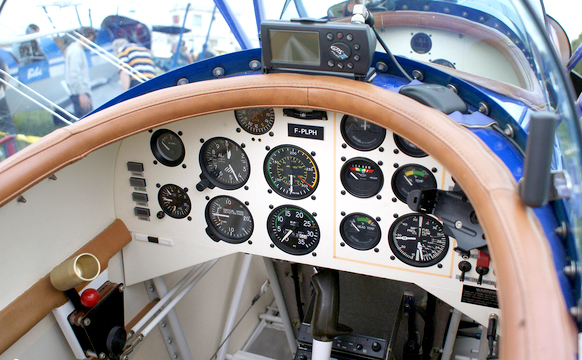 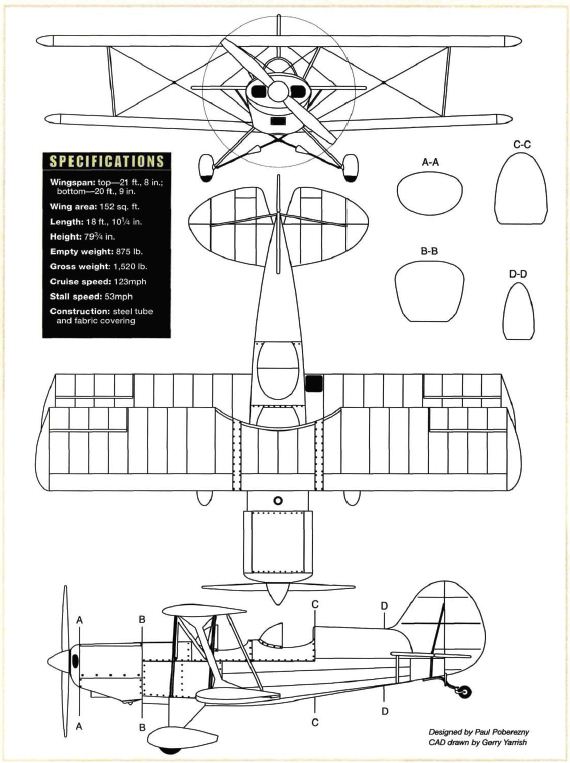 The Acro Sport II has been licensed by the FAA in the Experimental aircraft category. Plans for the Acro Sport, as well as other Poberezny-designed aircraft, are available as plans and complete parts kits, from Wicks Aircraft and Aircraft Spruce and Supply. 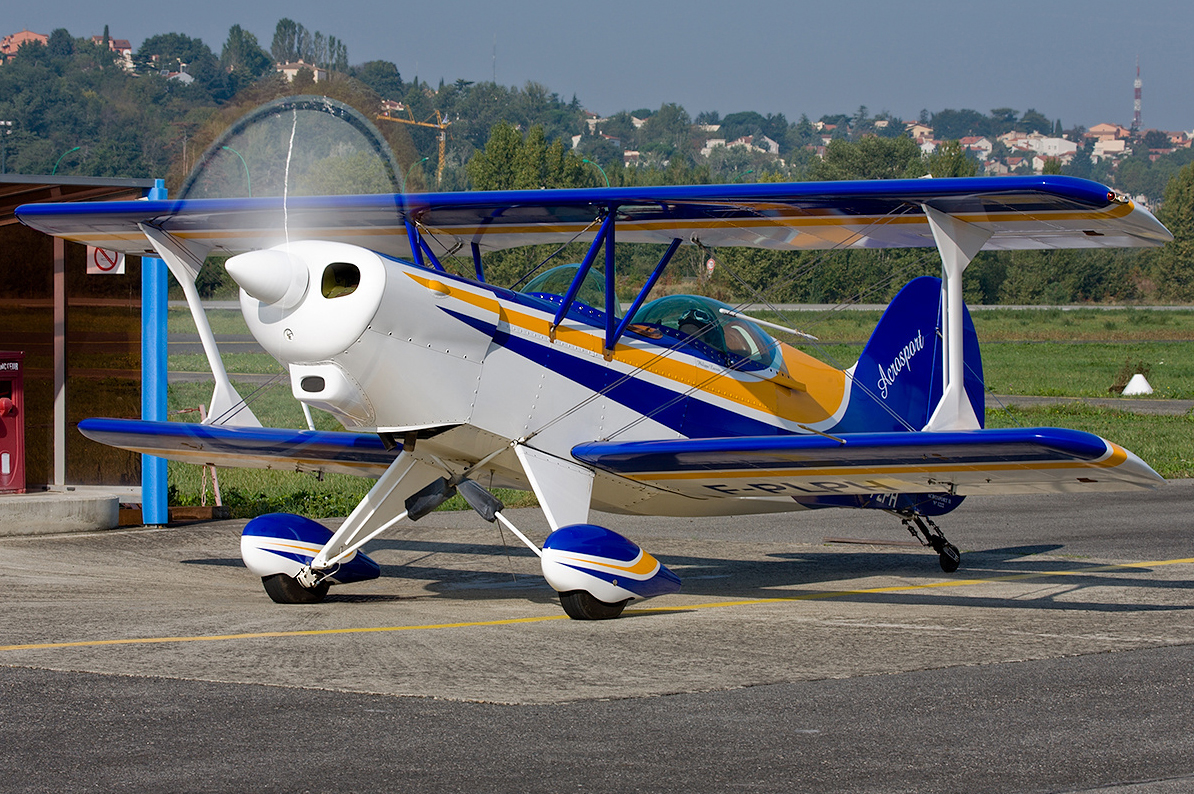