What began as a conservation-focused effort has branched out to include commercial operations conducted near Cape Town International Airport in South Africa, with daily patrols by unmanned aircraft thwarting thefts of equipment and property from railroads, a steel mill, and other industrial operations. In Botswana, flight operations recently began to protect elephants using the same core technology.

“It makes an absolutely unbelievable difference,” said Otto Werdmuller von Elgg, director and co-founder of UAV and Drone Solutions, a private firm with offices in Johannesburg, South Africa, and Austin, Texas, that was brought in to supply the equipment and pilots when the Air Shepherd program was created by the Charles A. and Anne Morrow Lindbergh Foundation to help African nations protected endangered elephants.

Drones patrolling industrial sites in Cape Town have been credited with assisting in hundreds of arrests, von Elgg said, and reduced losses to a tiny fraction of what the commercial operators and railroads had suffered before. “Our clients say they can’t even begin thinking about life before.”

In a telephone interview, von Elgg said flight operations to protect elephants in Botswana began only a few weeks ago, so that data is only beginning to be collected, though the team has high hopes that machine-learning technology developed by the University of Southern California’s Center for Artificial Intelligence in Society will produce equally dramatic results in the fight against illegal poaching. Dubbed SPOT, the “Systematic Poacher detector” is being implemented to speed the detection of humans in sprawling parks where animals are being protected. 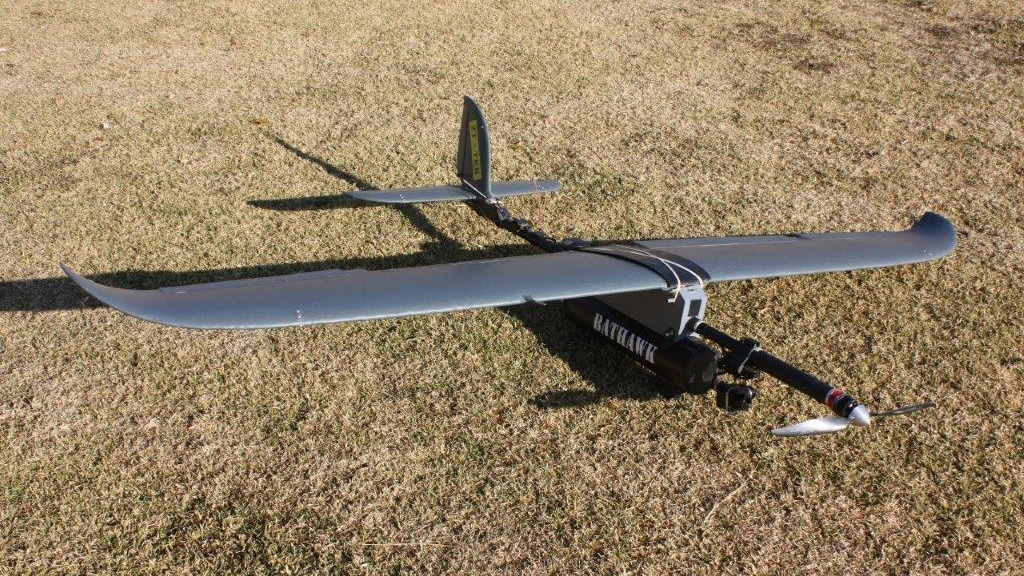 Fitted with thermal cameras and transponders, and integrated with powerful computers, drones like this one are proving valuable assets in the fight against poaching in Africa. Photo courtesy of Air Shepherd/UAV and Drone Solutions.

Developed by graduate student Elizabeth Bondi (who works in USC professor Milind Tambe’s lab in the USC Viterbi School of Engineering), the SPOT system compares live images to a database of more than 180,000 human and animal heat signatures to quickly identify subjects of interest captured by thermal cameras as the drones patrol at night. Air Shepherd pilots have logged more than 30,000 flight hours since the program began patrolling parks in various African countries, and until now relied on their own eyes to differentiate animals from humans. The new system will dramatically speed that process and improve accuracy, cutting detection and identification time down to a less than a second.

In addition to private donations, some quite significant, that have supported Air Shepherd operations to date, von Elgg said the expanding commercial operations that began two and a half years ago to thwart thieves and vandals give UAV and Drone Solutions more flexibility to support conservation on a not-for-profit basis. The company is currently logging about 1,000 flight hours a month, 90 percent of that involving drones flown beyond visual line of sight (BVLOS). The aviation authorities in South Africa have allowed patrol flights to be conducted as close as two kilometers from Cape Town International Airport, and as far as 25 kilometers from the ground control station. Drones patrol at 1,650 feet agl, broadcasting their position to other aircraft and air traffic control via transponder, with the flight operations crew in constant radio contact with ATC. Each three-person flight crew includes a remote pilot, a certificated commercial pilot who handles radio communications, and a computer operator.

“We fly every night in commercial airspace,” von Elgg said, adding that the “operation currently running in Cape Town I think is the most complex UAV operation anywhere in the world.”

Those night patrols have reduced theft from one industrial steel mill complex by more than 99 percent, and demand for services on the commercial side is increasing.

Meanwhile, von Elgg said, the Air Shepherd program continues to work toward wider implementation across Africa, and beyond. The hope is that a similar model—combining for-profit commercial services with not-for-profit conservation support—will prove just as effective on other continents.

“We’d like to help wherever we can,” von Elgg said. 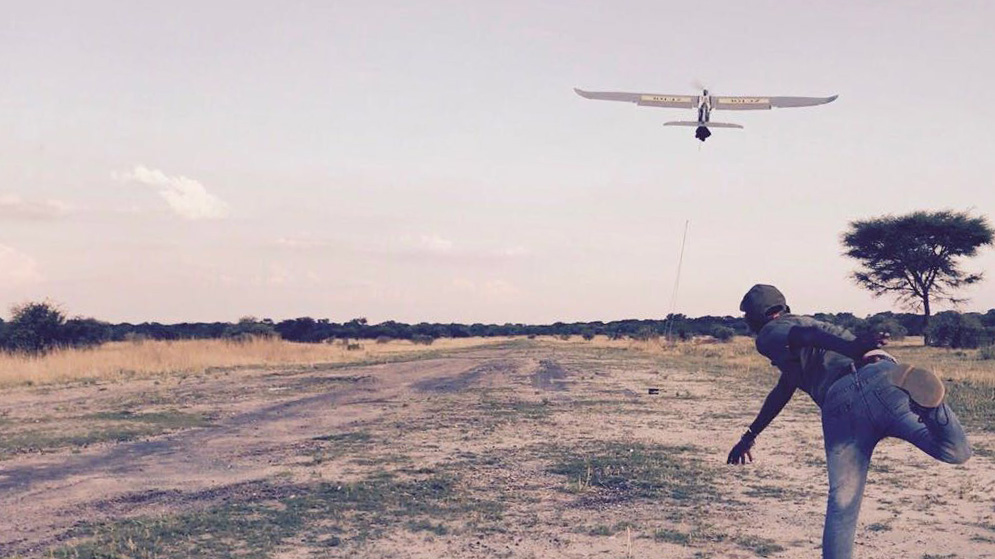 Fixed-wing drones like this one have logged thousands of hours in Africa, protecting endangered animals as well as industrial sites. Photo courtesy of Air Shepherd/UAV and Drone Solutions.