We woke up today and learned of the very sad news that Bob Violett had passed away. All in the RC community recognized him as the father of what we now know as the RC Jet industry. Without his innovation and drive for excellence, the jet modelling world wouldn’t be the same. For many years, the editors of Model Airplane News have reported on his amazing scale and sport jet designs, and watched as he lead the development of RC Jet aircraft with his company Bob Violett Models (BVM).

Bob served in the U.S. Navy during Vietnam and piloted both A-4 Skyhawks and F-8 Crusaders and flew 76 combat missions, and was awarded the “Distinguished Flying Cross” and numerous other military honors. After he finished his tour in the Navy Bob became a pilot for Eastern Airlines. 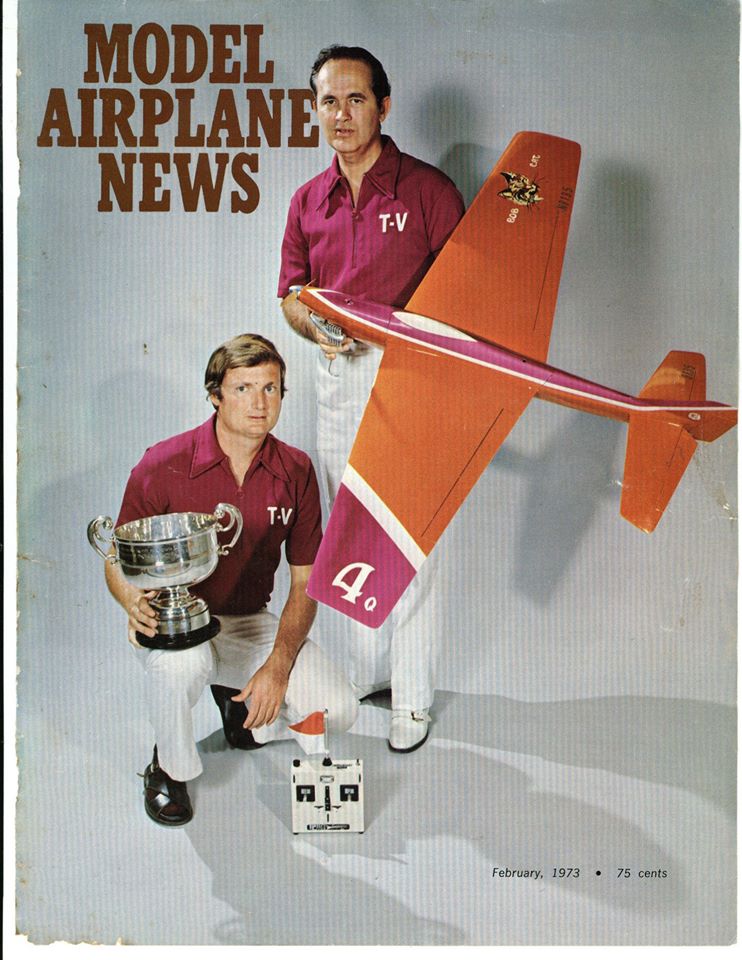 Active in model competition including Pattern, Scale, and Pylon racing, his early involvement in pylon racing lead to the development of his “BobCat” design, (published in the February 1973 issue of Model Airplane News), which earned him many championship titles. Ultimately, Bob used a ducted-fan unit designed by his good friend Jim Scozafava, to power his F-4 phantom-looking model called the “Sundowner”. The unit was called a Scozzi unit and it was powered by a K&B Pylon .40 glow engine.To simplify the construction,the fan unit was eternally hung on the underside of the Sundowner.

After taking an early retirement from Eastern Airlines he started BVM in 1981. Recognizing early ducted-fan jet models as being very noisy, Bob worked to produce much quieter versions. He developed new ways of making internal inlet ducting and this led to ducted fan jet models that operated more efficiently and at very low sound levels.

According to his longtime friend Frank Tiano, Bob was the first one to put a turbine engine in an airframe and fly it the USA. He powered an F-16 with one and demo flew it in the early 90s at Top Gun in Palm Beach, FL. Frank says that Bob was a leader and innovator in so many of the things that jets use today to be more powerful and efficient. Turbine installations, thrust tubes and inlet systems, are three of the biggies. Bob alone is responsible for the entire jet marketplace as we know it today. 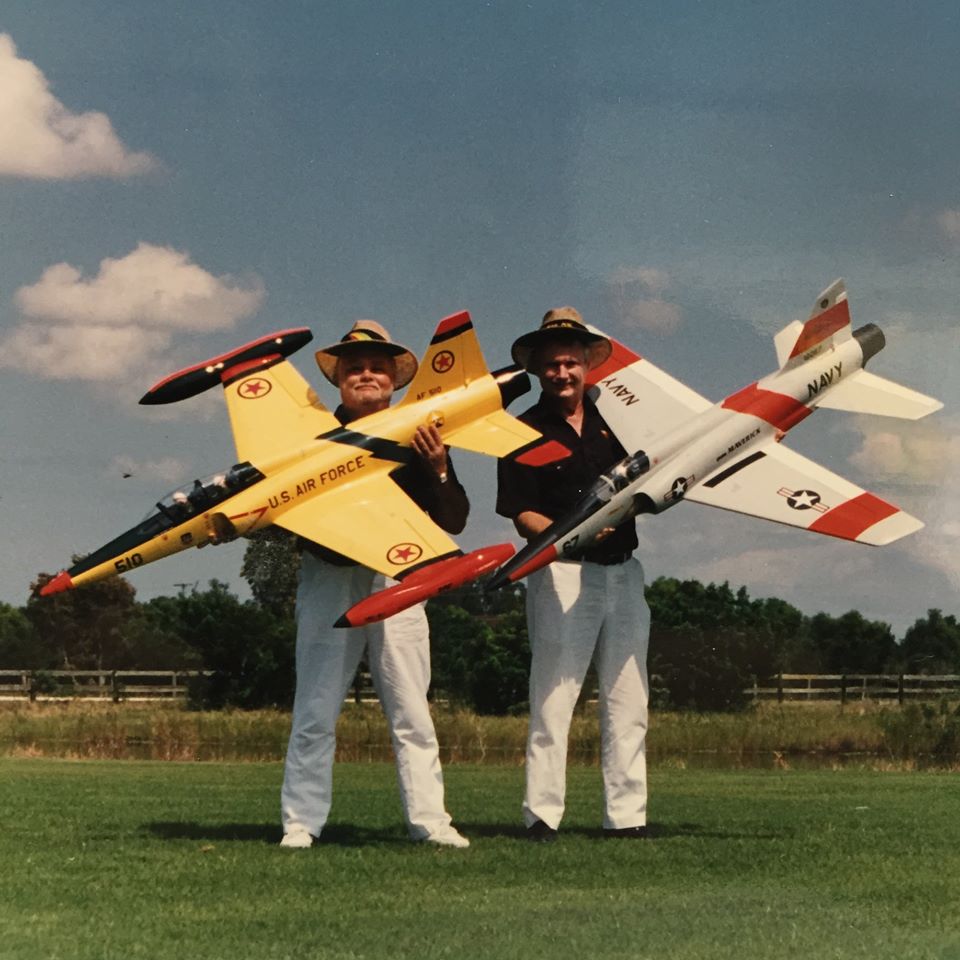 (Above) Bob Violett (Right) and Frank Tiano show off a couple of Bob’s latest Jet models.

Bob was also the first to incorporate a “Buy and Fly” model where only some light assembly work was necessary to get airborne. He won the Title Mr. Top Gun twice, in 2002 with his F-100 and in 2006 with his F-86 Sabre.

Bob also authored several articles relating to construction techniques and developments in his own publication “Inlet.” Originally from Maryland, he acted in the capacity of directing contests in the Washington, DC, Maryland and Virginia areas. Recognizing Bob for all his involvement dedication in the RC Industry, the Academy of Model Aeronautics inducted him, in 1996, into the Model Aviation Hall of Fame. In 2018, Bob was also an Inductee into the National Miniature Pylon Racing Association (NMPRA) Hall of Fame.

We at Model Airplane News offer our sincere condolences to Bob’s family and to all who knew him as a friend. Our hobby has lost a giant who’s inspiration  touched us all. The world is just a bit smaller without him.