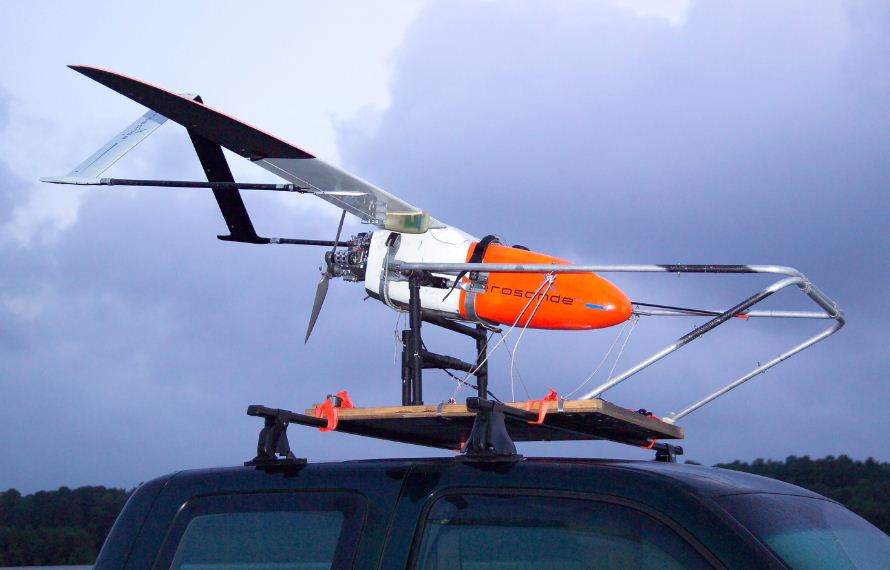 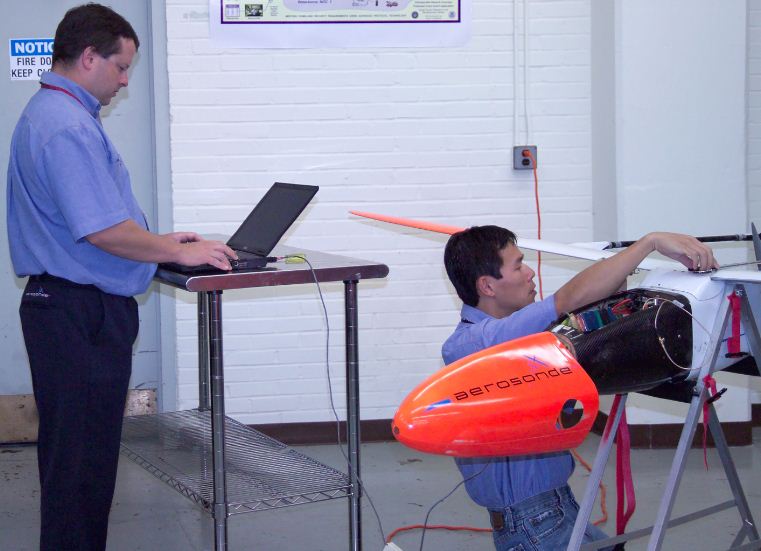 The Aerosonde is an inexpensive, long-endurance UAV designed and built for conducting weather observations and scientific research in hurricanes. With endurance of over 30 hours, a single Aerosonde can obtain observations in regions that are inaccessible without expensive ships or manned aircraft.

Funded by NASA and National Oceanic and Atmospheric Administration (NOAA), the compact UAVs are manufactured by Aerosonde Ltd., part of AAI Corporation and further development is managed in conjunction with the University of Colorado at Boulder. 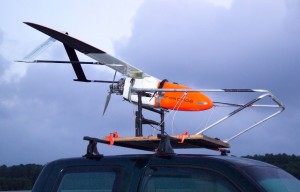 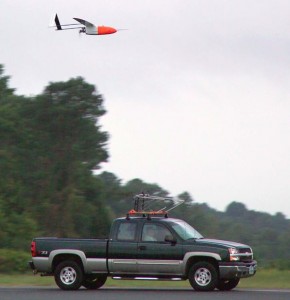 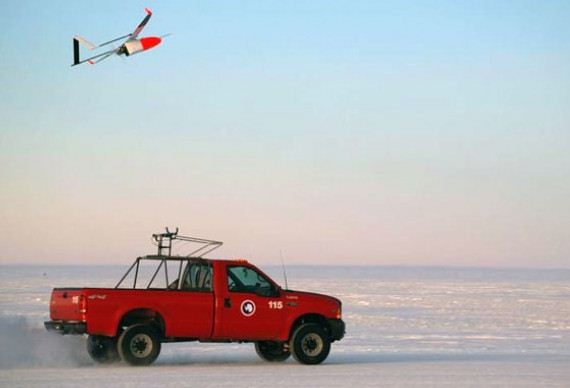 The Aerosonde UAVs can be launched with a fixed catapult or deployed from a moving vehicle or ship. Initially the UAVs are flown using an RC joystick before transferring flight navigation to a mobile laptop and eventually to satellite control for extended flight ranges. Unlike the manned hurricane hunter aircraft used for years to penetrate hurricanes at approximately 10,000 feet, the Aerosonde flies a few hundred feet above the ocean, where the critical energy transfer from sea surface to storm occurs.

Costing between $50,000 and $80,000 depending on payload, the Aerosonde UAV measures just 7-feet long, it has a 9-foot wingspan, and weighs 28 pounds. Much smaller and less sophisticated than UAVs used by the US military in warzones, the Aerosonde is powered by a tiny RC model airplane engine.

The engine is a modified Enya 120R 4-stroke and features fuel injection. The engine  is equipped with a voltage generator and runs on gasoline. It can fly at about 70 mph and has a range of 2,000 miles with a single 0.66 gallon (2.5-litre) tank of fuel. 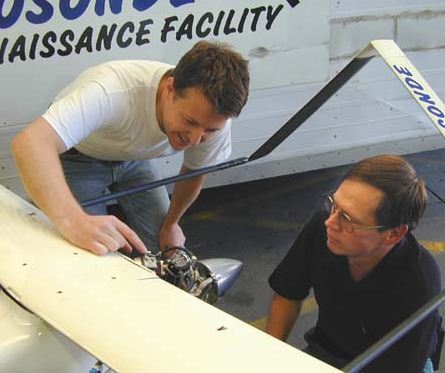 First deployed in 2005 the Aerosonde provided the first-ever detailed observations of near-surface, high-wind hurricane environments, an area far too dangerous for NOAA and USAF manned aircraft. The drones can fly into the eye of a storm just 300 feet above the sea surface and send back a constant stream of temperature, pressure, wind and humidity readings. This area of the storm is critical because that’s where the maximum winds are. It will give us a better understanding of where the energy is extracted out of the sea. 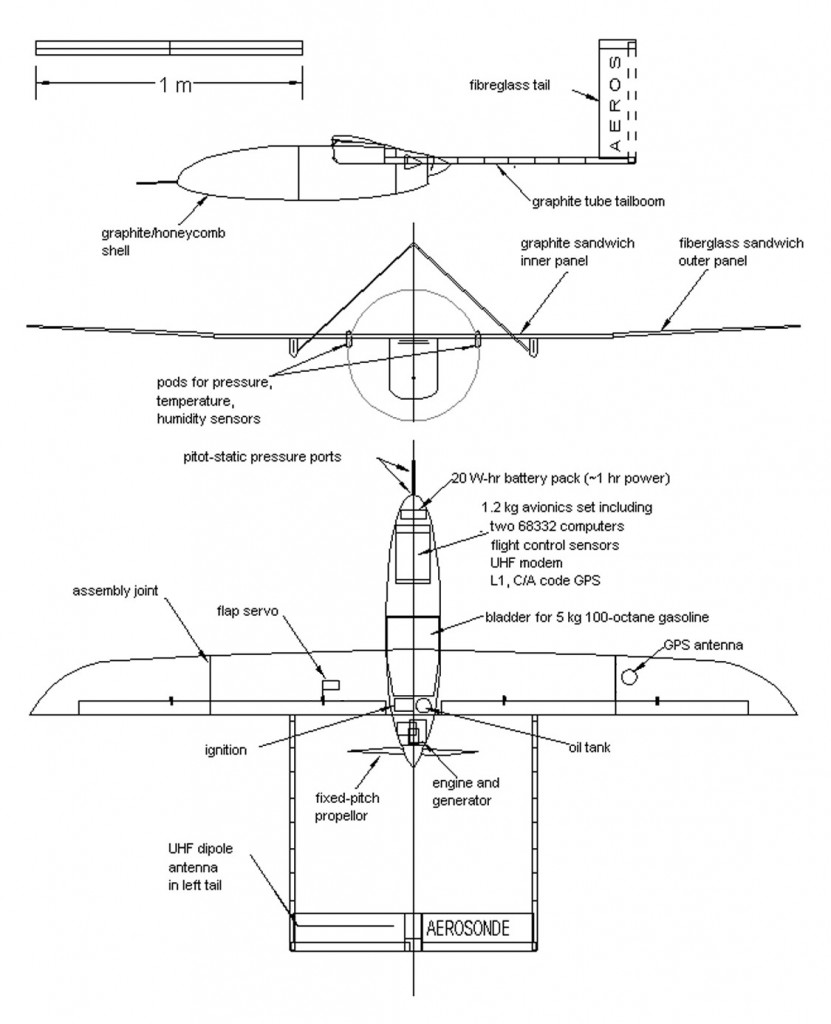 Equipped with small on-board computers, various meteorological instruments and a GPS receiver for navigation, the newest variants of the Aerosonde UAV continue to operate over the North Atlantic Ocean and the Antarctic, taking observations in the lower atmosphere. 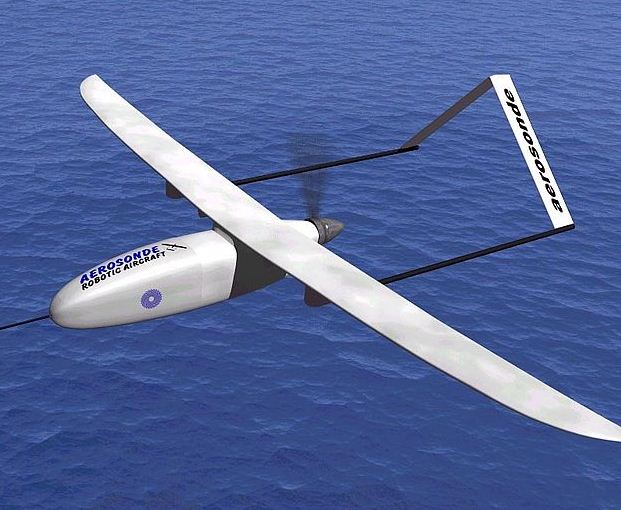