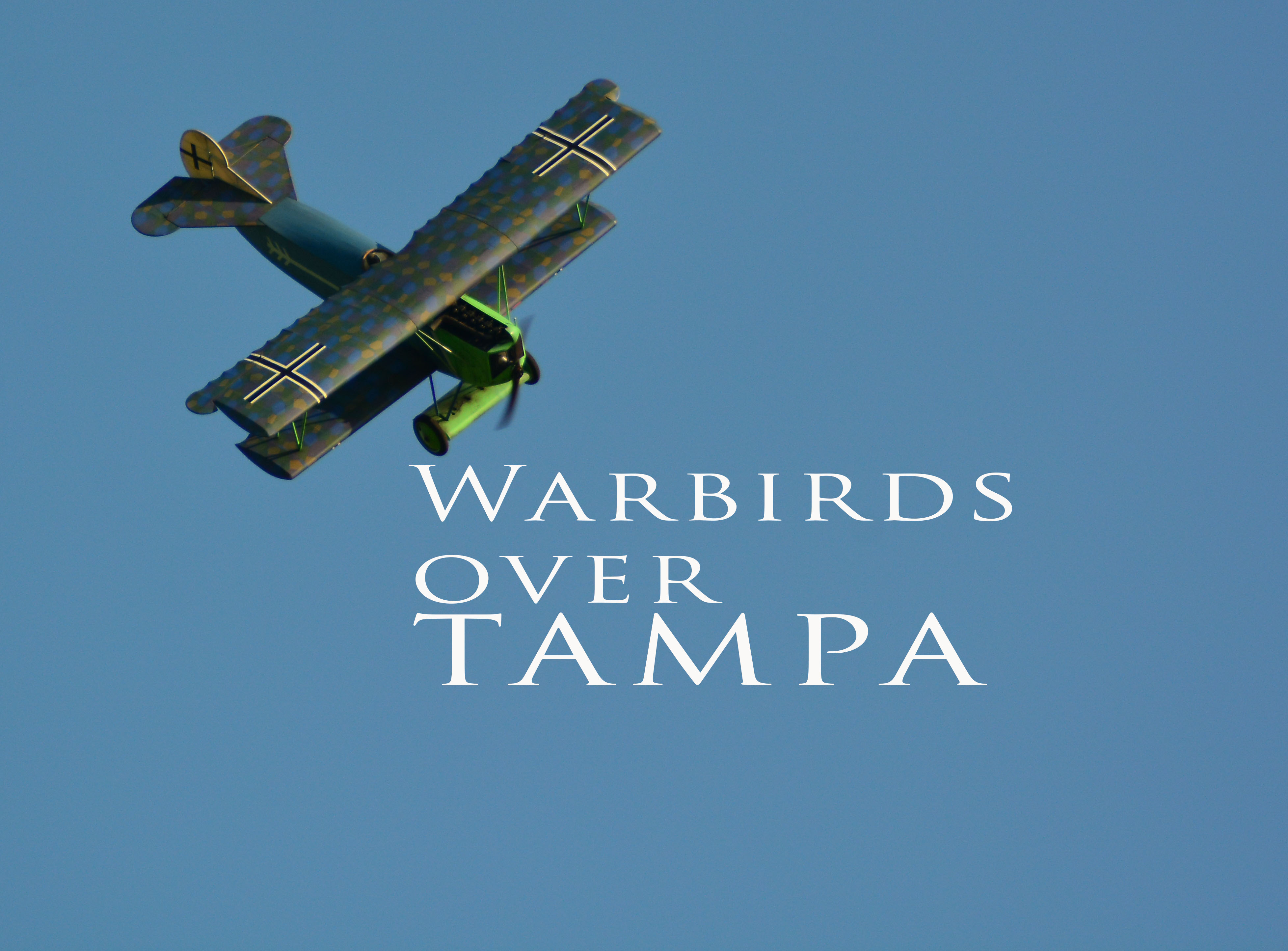 According to Model Airplane News’ recent survey, the most popular RC event is Warbirds! 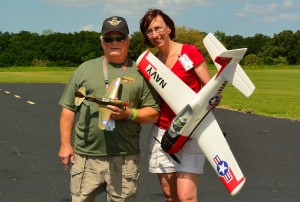 Bill & Kay Adkins Did a great job of coordinating and running the event! 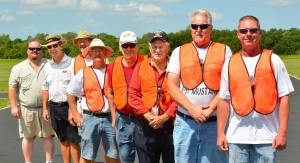 The TCRC Gang that made the event safe and fun!

And it showed this past weekend at Triple Creek RC Clubs “Warbirds over Tampa” event.  It was an AMA sanctioned event but little other publicity was given and yet there was a large gathering of spectators and pilots. 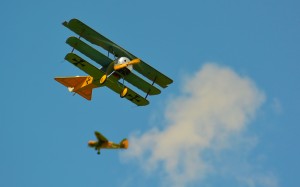 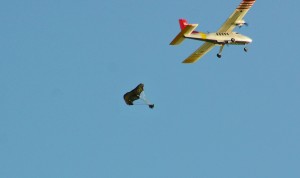 Bill Adkins, the events CD and is wife Kay Adkins-event announcer, A.K.A. “Queen of the Universe” did a great job of running the event and informing the gathering crowds about the types of aircraft and their history that were in the air.  The clubs president, Gene Garand, was the even coordinator and made sure the event was safe and ran smooth. 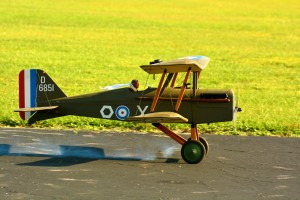 There were a gaggle of flight line workers that made sure the pilots were safe and informed.  Of course, we can’t forget about the team that kept everyone hydrated and well fed. Wes, his wife Dawn Neal and Scott Smith made sure the kitchen was cooking with some wonderful food.

Triple Creek RC Club is located east of Tampa in Riverview, Florida. The field has twenty plus acres of unobstructed flying space, 350 foot asphalt runway, covered pits, work tables and electricity at each station.  This is a very nicely maintained field, and 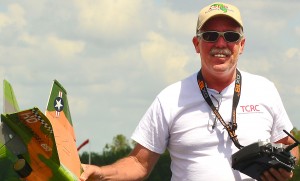 Steve Sciuga and his Phantom.

the members are a friendly and welcoming bunch.  In fact, if you’re not greeted by Steve Sciuga, the clubs Secretary, then he’s either not there or you’re just at the wrong club. Steve welcomes you before you’re even out of your car!

There were planes in the air practically the whole time, but when there wasn’t, there was a surprise give away to encourage the next pilot to jump in the air. 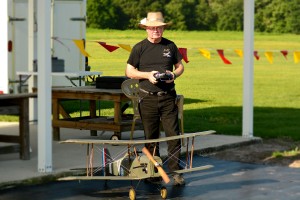 Mark Cobb and his SE-5

But a Warbirds event isn’t complete without the visit from some Top Gun RC pilots! The Top Gun crew from Sarasota RC Squadron showed up!  Holy Cow! What a bunch of amazing scale planes and amazing pilots!  These guys were definitely crowd pleasers. 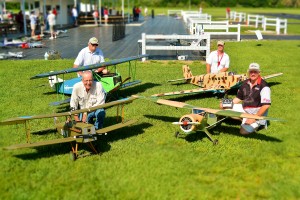 The Sarasota Gang showed up with their Top Gun Planes. They were beautiful! The planes were…the guys were ok.

Roger Niolet (also a HiTec Team Pilot) flew his Stinson Reliant AT-19.  It recently won at the Corvin Miller scale event in Sarasota and has qualified for the NATS.  Don Janssen flew his 1/3rd scale Fokker DVII. Don’s Fokker won him the 2014 Blue Max Outstanding Flight Award.  These guys were followed up by David Stroop’s Junkers JU-52 and David Barry’s 1/4 scale SE-5A. They really had everyone watching when they flew. 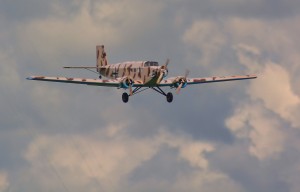 David Stroops Junkers JU-52. It flew as nice as it looked.

But trust me, there were a great selection of aircraft from all the eras.  Steve Sciuga flew his F-4 Phantom, p-38, Sea Fury and of course his trusty Twinstar that drops Sgt. Rock.

Kyle Jefferies was tearing up the sky with his F4U Corsair and Brian Gafford showed off his P-61 Black Widow and he won the events “Top Gun” award with his 1/4 scale DR I Triplane.

Over all it was a great day! The weather was beautiful, the wind was down the runway, a great bunch of pilots, delicious food and an amazing bunch of aircraft.  Put it on your calendar for next year.  It’s a whole lotta fun! 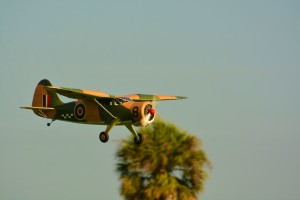