The Polikarpov I-16 (Russian: Поликарпов И-16) was a Soviet single-engine single-seat fighter aircraft of advanced design; it was the world’s first low-wing cantilever monoplane fighter with retractable landing gear to attain operational status, and as such “introduced a new vogue in fighter design. The I-16 was introduced in the mid-1930s and formed the backbone of the Soviet Air Force at the beginning of World War II.

Its main opponent in the sky in 1941 was the German Messerschmitt Bf 109.The I-16 was slightly more maneuverable than the early Bf 109s and could fight the Messerschmitt Bf 109E, or Emil, on equal terms in turns. Skilled Soviet pilots took advantage of the Polikarpov’s superior horizontal maneuverability and liked it enough to resist the switch to more modern fighters. The German aircraft, however, outclassed its Soviet opponent in service ceiling, rate of climb, acceleration and, crucially, in horizontal and diving speed, due to better aerodynamics and a more powerful engine. 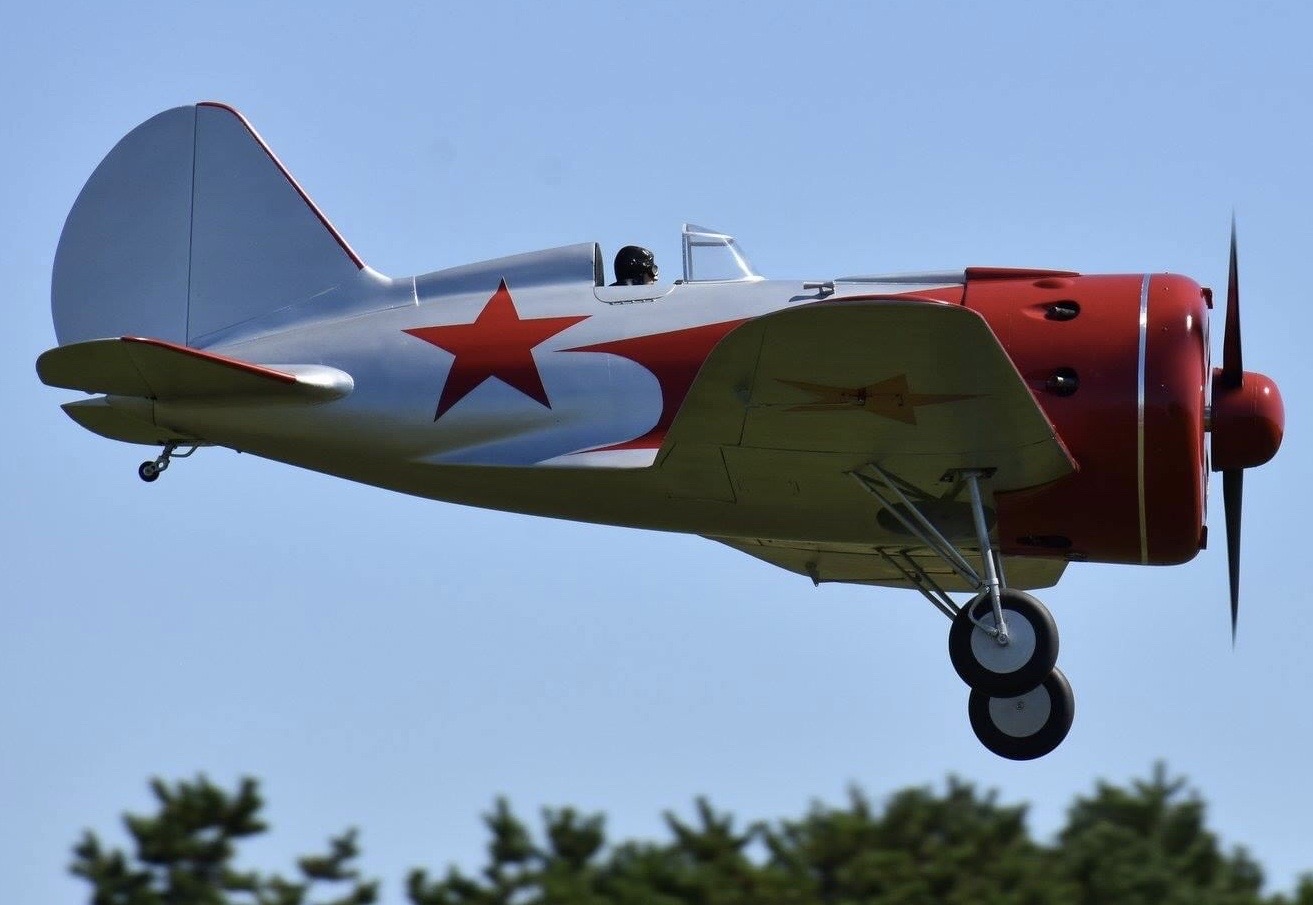 Known for building and flying out of the ordinary aircraft, Sal Calvagna’s newest RC warbird is the Polikarpov I-16. For a more flashy appearance, Sal finished the Soviet warbird in the Stalin’s “Red Five” Aerobatic team color flown by Soviet Ace Valery Chkalov, Hero of the Soviet Union. Sal built his I-16 from YRM plans from The Netherlands, and features traditional balsa, lite ply and balsa construction. Sal’s 88 inch span I-16 is powered by a Zenoah GT-80 twin cylinder gas engine, is controlled with Futaba radio gear, and features modified Robart retractable landing gear. Sal even made the scale engine cowling from fiberglass and finishing resin using the “lost foam” technique using several layers of 4- and 6- ounce glass cloth. 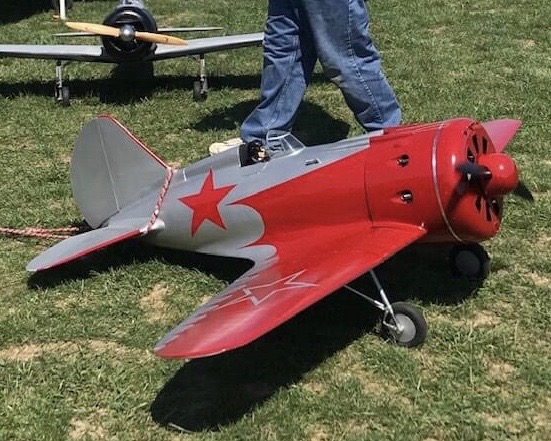 Sal test flew the I-16 recently and all went extremely well. A little tweak to the balance is required and some more finer details have to added, but Sal says the Polikarpov I-16 flies great!