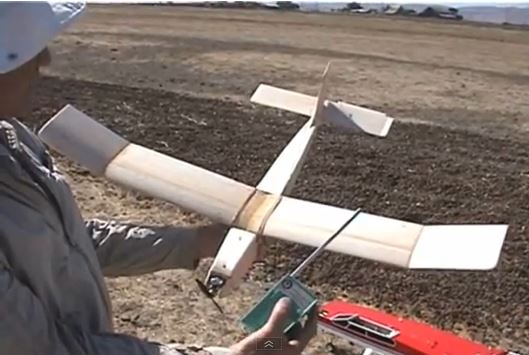 Raise your hand if you remember the days of single-channel, escapement RC! According to the poster, “This model uses a 45-year-old radio control system (Futaba F-66) that only controls the rudder using a rubber band powered clockwork mechanism.  The radio has one button which you press in the correct sequence to get right, left , or neutral rudder. If you listen closely you can hear the escapement unwinding every time I press the control button. The model has a 36″ span and is powered by a Cox .020 engine.  These were the first test flights so the engine run is short.  I will add more downthrust before I fly it again.”  Thanks to smorrislmbco for posting this video on YouTube!