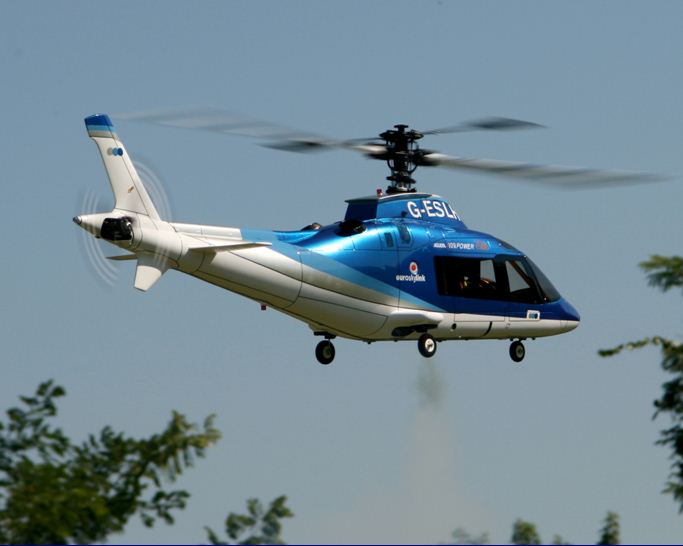 A scale RC helicopter never fails to grab everyone’s attention at the field. Scale helis have always had a special fascination for me and in recent years it seems the distributors and manufacturers have taken notice of the increasing interest level many of us have in this phase of RC. Scale helicopter fuselages are readily available from many sources and all sizes and types of power choices are available. This Agusta A109 is from Century.

Century Helicopter Products, located in San Jose, California, have been leaders in affordable scale since 1987. Their kits and ARFs are quality offerings and are well known by everyone in the hobby. Our subject here is Century’s 30 size Agusta A109 in a stunning blue/silver/white color scheme. I have personalized it with electric retracts and a lighting system, but the perfect finish came right out of the box! Before we take a close look at this fuselage kit, a bit of history is in order.

I’d bet many of the helicopter guys today, the young guns particularly, have never heard of a Hirobo Shuttle. Back in the 1980s the Shuttle was the first affordable ARF helicopter that helped teach a generation of guys to fly. Hirobo’s good marketing and the Shuttle’s outstanding fit and finish literally brought helicopter flight to thousands of would-be pilots. Along with the Kyosho Concept line, it was a small heli, and it was very high quality. Made of composite plastic and aluminum parts, it was affordable and was the “must have” airframe of its day for aspiring RC heli pilots. The Shuttle used a .28 O.S. engine and flew very nicely. After struggling with the early metal Schluter kits – which assembled like Erector Sets – the Shuttle was a revelation. This brief history lesson ties in here because the Shuttle served as the mechanical platform for many of the Century/Funkey 30-size fuselage kits and ARFs. Century’s own Hawk mechanics fit their fuselages perfectly of course, but the Shuttle was a perfect fit too. Since I wanted to shoehorn the larger Raptor .30 mechanics into the A109, I had my work cut out for me, and this article describes that adventure. The process was challenging and fun. It really turned out better than expected, and it was a very satisfying RC experience. 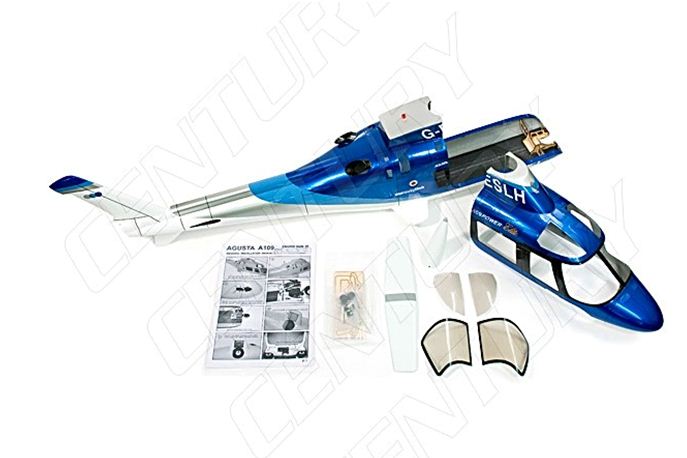 The big double-box arrived via Esprit Hobbies here in Florida in one day, all the way from China, with not a dent or ding on it. Packaging is something you just assume will be OK, but this was truly perfect. The contents of the box deserved it. The fuselage itself was in two main pieces. Also included was the tail cone, the horizontal stabilizer, four tinted, shaped and trimmed windows, some small hardware items, a few laser cut plywood pieces, photo instructions, and that was all. Simple yet elegant. Here is a Century photograph as seen on their web page showing what was in the box. The paint work was almost flawless, although I did notice some light fingerprints on the silver which were most likely caused by handling the fuselage before the clear coat was completely dry. Otherwise, attention to detail was excellent. The markings, panel lines, light reflectors, and other decals were all pre-installed and clear coated. Exhaust stacks and grill screens were installed and painted. I’d have to be in my garage for three months trying to duplicate this beautiful finish and it wouldn’t come out half as good. The extra expense over the kit version was money well spent. I can’t imagine doing it yourself and expecting better results unless you are an expert painter with proper equipment.

This helicopter features tri-gear retracts. Century sells mechanicals which would fit perfectly, but I prefer electrics. Some plywood and carbon fiber cloth was pre-installed in the fuselage for the installation along with a main supporting bulkhead. It only required a bit of extra trimming to fit the retracts, and they look really nice in the helicopter. The tiny wheels are scale size.

I used self-contained retract units from Hobby King which do not require extra servos. All three units only cost a total of $25, which is amazing in itself. They are very dependable, work at scale speed, and provide a nice WOW factor in flight. They bolted right in, and after adjusting the length of the struts so the heli would sit properly, I cycled the gear several times. It all worked beautifully. I decided to use the flight battery to power them since they use a very small amount of electrical power and have a built-in battery saver if there is a malfunction. Also, they only need to be cycled twice per flight, so the flight battery is more than sufficient.

In addition to minor modifications made to accommodate the retracts, there were three areas I needed to address in order to fit the Raptor mechanics; determining and fabricating the mounting points, stabilizing the tail boom, and providing openings for the swash plate, muffler, and engine cooling. The adjustments required careful planning and more thought than action. The Dremel would be my best friend, but only if I was careful!

After removing the landing gear and tail case from my Raptor 30 I attempted to put the mechanics into the rear section. I didn’t get very far. The large swash plate and its linkage couldn’t get past the pre-cut opening at the top of the fuselage. Measuring everything several times told me this could work, so I started slowly with the sanding drum and proceeded to open the hole. Even though the final hole was larger than I thought it would be, the mechanics finally slid in and the fuel tank butted against the main bulkhead at the exact spot that resulted in centering everything. I carefully measured and drilled for the four mounting bolts at the bottom of the fuselage, fabricated some plywood blocks that fit the rear canopy and rear frame mounting points under the fuel tank, and tightened everything down. So far so good. 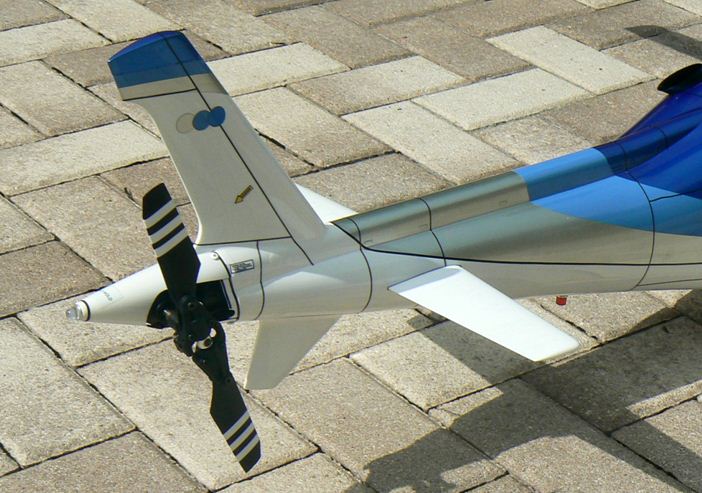 The second hurdle was aligning the tail boom with the end of the fuselage. I was happy to see there was a lot of room for clearance of the tail pushrod inside the fuse, and the tail cone fit properly after more Dremel work. I fabricated a hard balsa block to support the tail boom and spot glued it. The rigid mechanical installation was complete.

The final adjustments to the fuselage were time consuming, but the results were worth the effort. I opened a cooling hole for the engine, another for the exhaust, and did some trimming for muffler clearance. I also installed a light set which required some hand-drilling and wire routing. The front of the fuselage fit beautifully, and the window installation and horizontal stab finished the assembly. I used screws for window mounting, and the stab slot was pre-cut perfectly. The A109 balanced OK after I moved the 2000mah 4.8 volt NiMH flight pack into the nose. Next step, out to the flight line!

The Raptor 30 installed in the A109 is a four year old helicopter. I’ve flown it extensively, and like all the Raptors I’ve had, only pilot error has given it some bruises. I had full confidence the O.S. .37 that powers it would be dependable, but there were two changes that had me concerned with flying the Agusta for the first time. I installed a smaller blade set, 530s instead of 550s, and a more restrictive muffler, since only a small Hirobo Shuttle muffler fit within the tight space in the fuselage. Given these two changes, I increased the “normal” curves 10% in both throttle and pitch for the first flight and richened the main needle setting a couple of clicks for extra cooling.

I needed to adjust the negative side of the pitch curve from the minus nine degrees I used before the Raptor became the A109. The Raptor mechanics have a rocking pitch collective control arm and if more than four degrees negative is entered in the pitch curve, the pitch rocker contacts the top of the front part of the fuselage. Since this is a scale helicopter and will be flown that way, minus four degrees on pitch is sufficient. Unexpected auto rotations would be an adventure for sure and hopefully will be avoided! 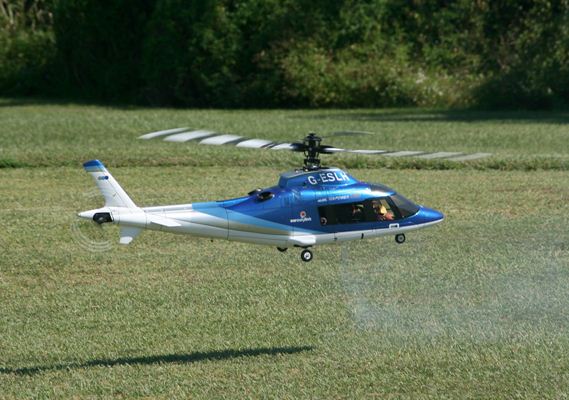 Spooling up for the first time was exciting. What a nice looking heli! I had my flying buddy Martin Cohen ready with his camera, and a fairly stiff breeze and sunny skies for the test flight. With the main rotor turning slowly and the blades settled in, it was time to take a deep breath, re-check all my switches, gyro, and battery monitor. I used up my last excuses not to fly, adjusted my sunglasses and hat, took a deep breath, and lifted off.

The extra pound the body and retracts added to the overall weight of the A109 gave it a heavy feel on first liftoff. I landed, leaned the engine back to where it was originally, increased the head speed just a little, and lifted off again. Those changes made everything better, and now I had a nice hovering helicopter. There was a strong breeze and I was cautious, but it was time to retract the gear and do some flying. The electrics did their thing, and everything went really very nicely. There’s more work to be done, and like all scalers, this one will take a little time to dial in. One bonus which was unexpected is that the helicopter ran very cool, and both engine temp and muffler temp were on the low side. That means a few more clicks on the main won’t cause any problems and it will be nice to have the extra power available. I like the way this one flies! After three flights, each better than the one before, I packed it in.

The Century A109 is a beautiful helicopter. It shines in my shop and at the field. The products–Century fuselage, Raptor 30, O.S. engine, JR adio, and Hobby King retracts–are a fantastic combination! 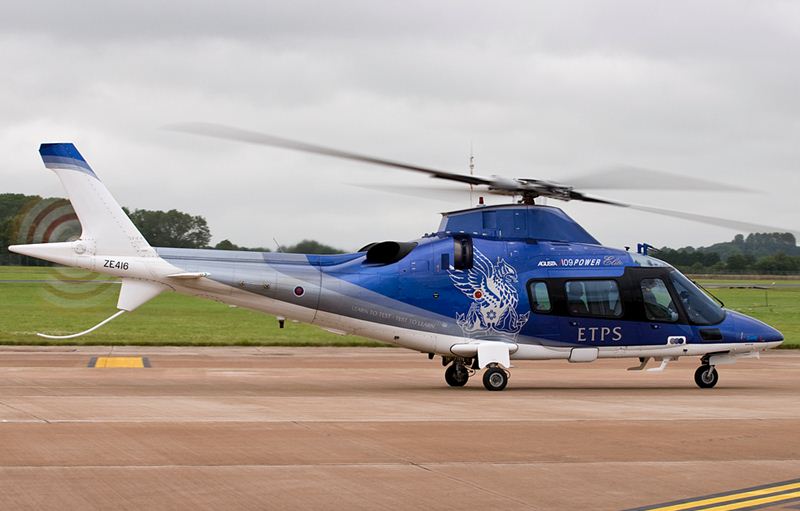