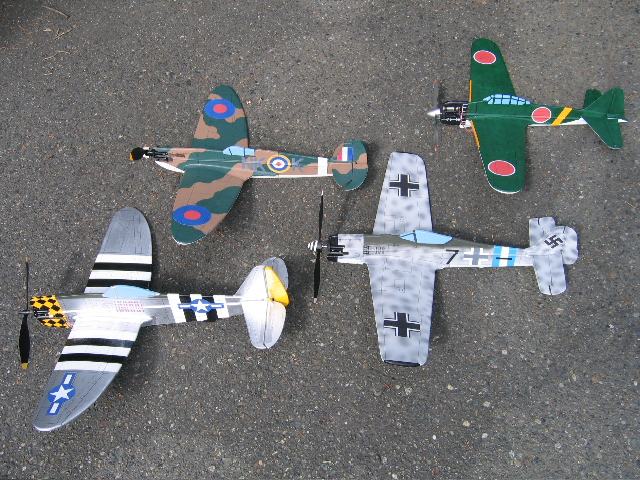 William Dewey of Renton, WA, built six planes from two plans: the Riser Rider (plan #BYF0804A) and the Frugal Foam Fighters.  After making three prototypes, William tweaked with the servos and the centering on the Riser Rider, as well as made the fuselage deeper and wider.  Although William was unable to make the Frugal Fighters fly because they were so tail heavy, he wrote “they look great, though.”