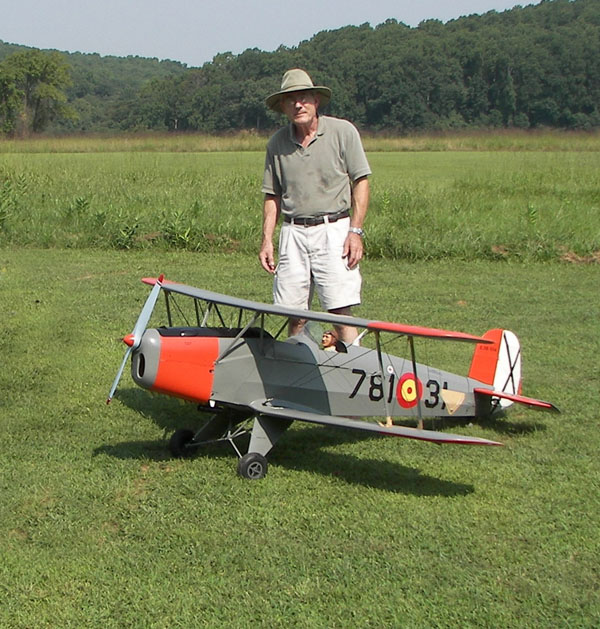 Gary Allen of West Cherster, PA has been a long time contributor to MAN and has designed several giant scale multi-wing airplanes for construction articles. Several modelers have built his popular designs, and for his newest, Gary is bringing his Team Scale entry, a 35%-scale CASA 1.131 Bücker Jungmann being flown by his brother-in-law, Dorin Luck. 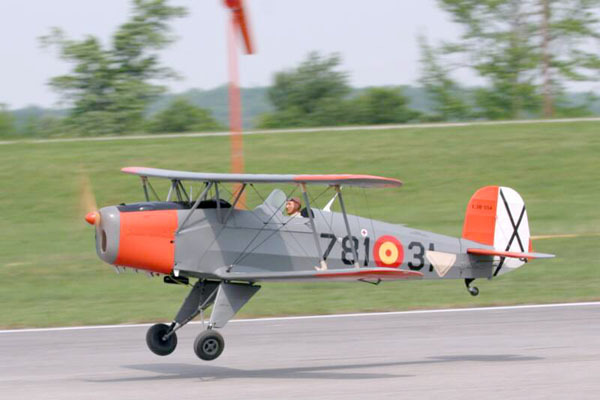 Gary designed this model based on his friend Matt Chapman’s full-scale aircraft, which is still under restoration. The model has a 101.8-inch wingspan and is 92.7 inches long. Power comes from a Valach VM 60cc gas engine, and the Bücker weighs in at 29 pounds. The covering is Solartex fabric finished with WarbirdColors paints.