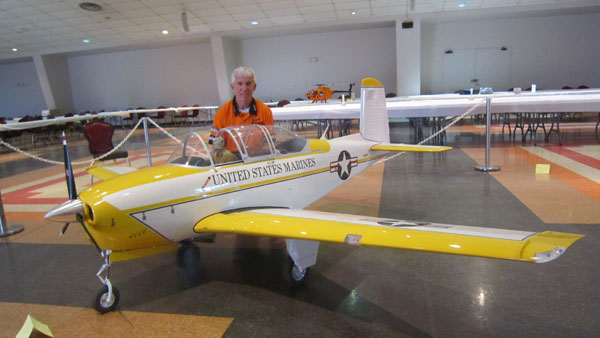 Mike Barbee is no stranger to scale competition. He has flown at Top Gun for the past 24 years, and along the way there were eight different airplanes. He is the president of NASA, (National Association of Scale Modelers) and the East Coast Chairman for the U.S. Scale Masters Association. 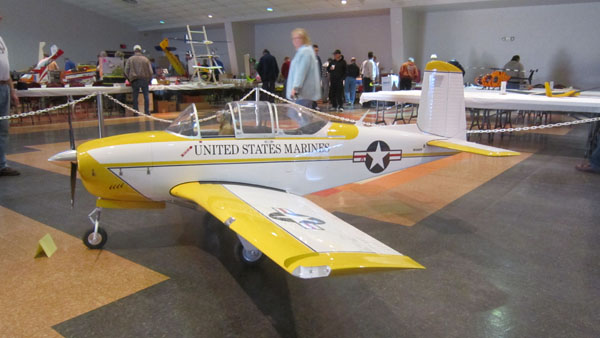 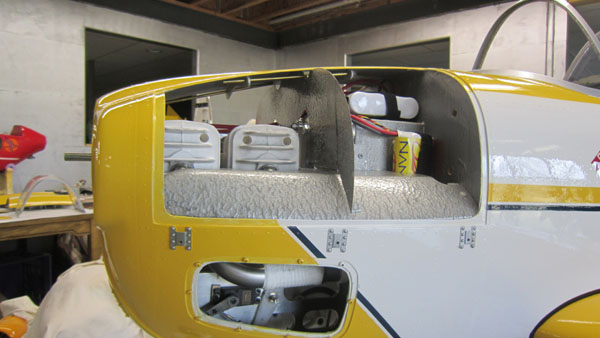 The plane is design by Bob Patton and features a fiberglass fuselage and foam wing cores. Power comes from a Desert Aircraft DA 200cc boxer engine equipped with Pro flow mufflers. The engine has a complete baffle system for cooling. 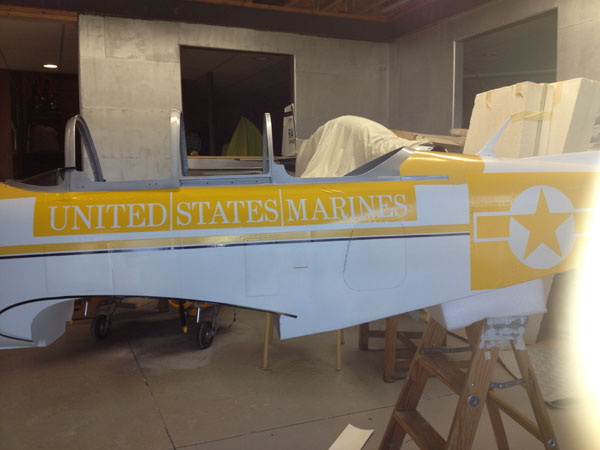 I used PPG base coat/clear coat paint  with white and jet glow traffic yellow colors. All the markings are painted using Pro Mark paint masks.  I picked the plane as a tribute to my Marine Corps buddies. We had our 40th reunion in December. I served from 1966 to 1972, and that was when I decided on the color scheme. The pictures I had of the plane were taken at Oshkosh 2011. I also got more photos in Indiana where the aircraft is based. 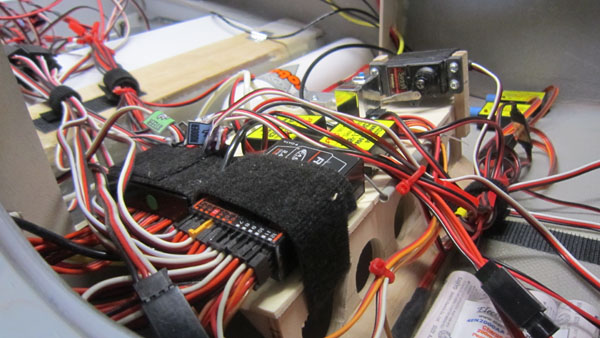 For the radio I am using a Futaba 18 MZ.  I am also using A123 batteries built by Electro Dynamics’ Andy Low. The retracts are hand-made by Bob Patton and are electric with servo operated gear doors I desgined myself. I estimate the build time at about 2800 hrs because it was not a kit. As far the retracts and engine cooling went, it was a lot of design work I was not used to.” 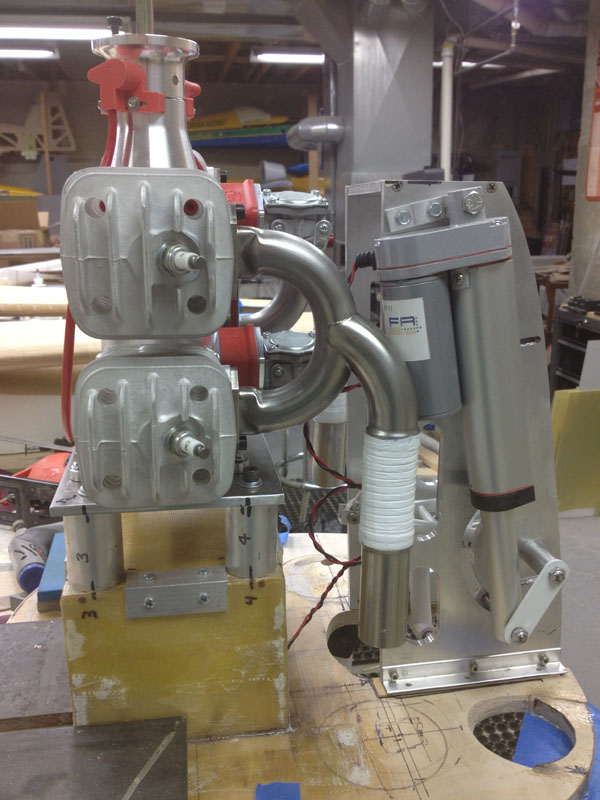 Here a pic of engine and nose gear mounted on the firewall.