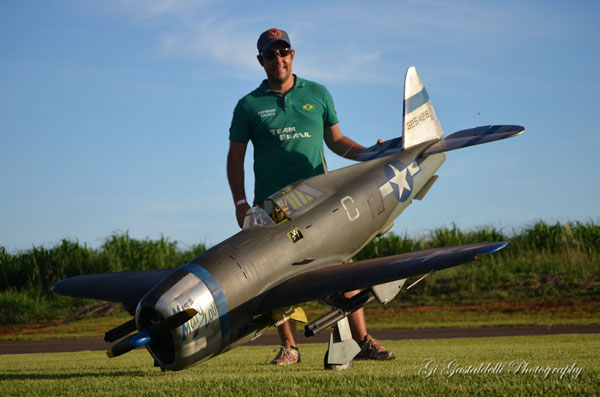 Competing in the Expert class, Fernando Bellegarde from Bellegarde, São Paulo, Brazil, will be flying a totally modified Meister Scale P-47 Thunderbolt. With more than 30 modifications to make it closer to full scale, Fernando’s Razorback is powered with a Moki 180cc radial engine and controlled with a Futaba radio system using 14 servos. The total building time for Fernando’s warbird was only 14 months! At last year’s Top Gun, he had several engine issues, which caused a crash landing on the day before the official flights began! 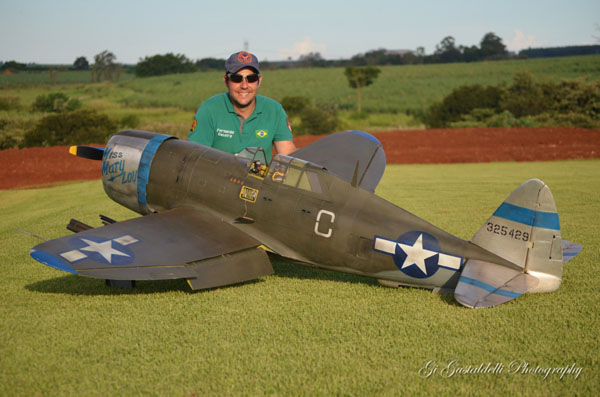 Fernando commented that he worked a full day to rebuild the plane, pulling an all-nighter with the help of fellow Warbird Alley pals P. J. Ash, John Welcome, Dino DiGiorgio, and Bill Stevick. He was then able to complete all four flight rounds for his category! This year, he hopes for a much better result. One very interesting detail about the paint scheme is that the original “Miss Mary Lou” aircraft flew in Hawaii in 1944, and instead of Japanese flags for kill markings, it used pineapples as it belonged to the Pineapple Squadron in Saipan.