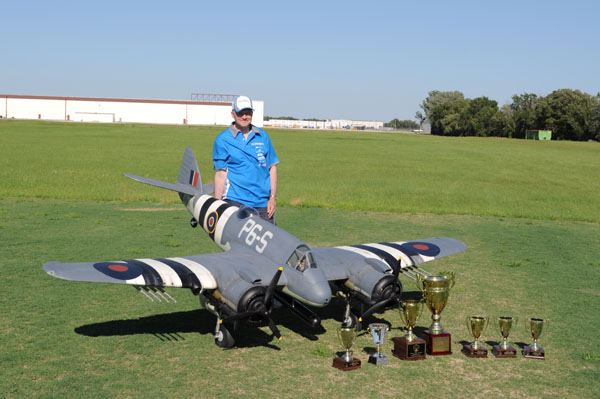 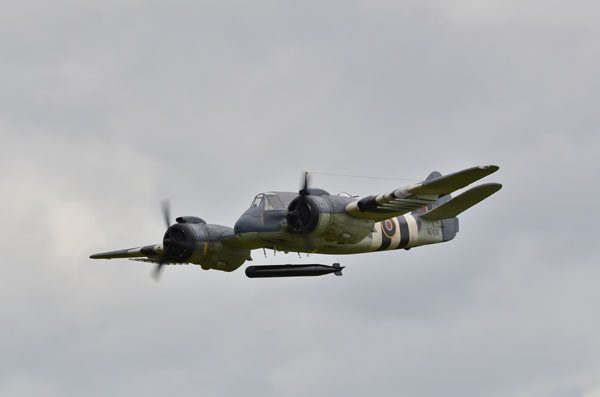 With its 138-inch wingspan and powered by twin BME 102cc has engines, David’s amazing RAF warbird has set a very high standard to compete against. Competing in the Masters Class, Dave’s Beaufighter was completely scratch built and Dave produced all the plugs and molds to produce the formed parts. He even scratch-built the scale retractable landing gear and the functional scale “Porcupine” exhaust stacks. One of the BME engines is set up to run in reverse so the propellers are counter rotating to help eliminate torque issues. 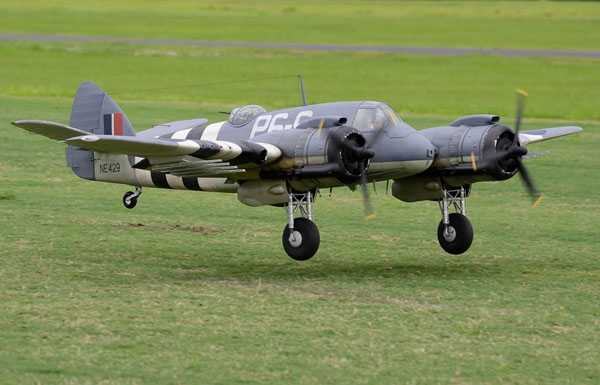 Add to this David’s amazing piloting talents and an impressive torpedo drop for a mechanical option, and you have a contestant and machine that’s going to be real hard to beat.