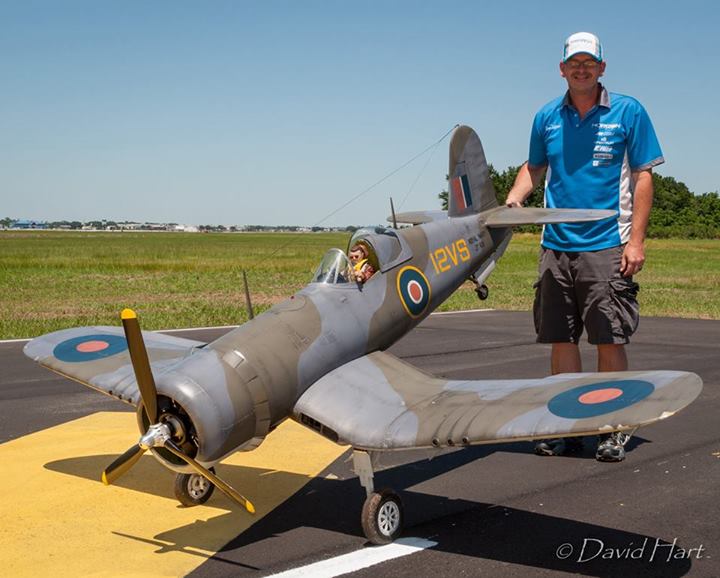 No stranger to Top Gun, Dino DiGiorgio is returning for his F4U Corsair that he flew so well with last year. Dino’s Corsair with its unusual WW2 British Navy paint scheme, was based on a complete rebuild or a crashed plane from the CARF-Models kit.

Dino also plans on bringing back my father’s 1995 Top Gun P-47 in Pro-AM Prop. Its been 20 years since Dino Sr.’s model has been flown at Top Gun. As this is being written the model is in the middle of its refurbishment. The model was the second P-47 build from original Jim Meister plans and it has a 102 inch span, weighing 50 pounds, the Thunderbolt is going to be powered by the new DA-100  inline twin engine from Desert Aircraft. Dino will be using a Xoar 27×10 prop, Spektrum DX-18 radio with Spektrum A6020 Servos and Scale Sierra retracts and DaVinci wheels. The “New: Thunderbolt will be repainted in the original scheme of Herschel “Herky” Green of the 325th Fighter Group, 317th FS based in Foggia, Italy. 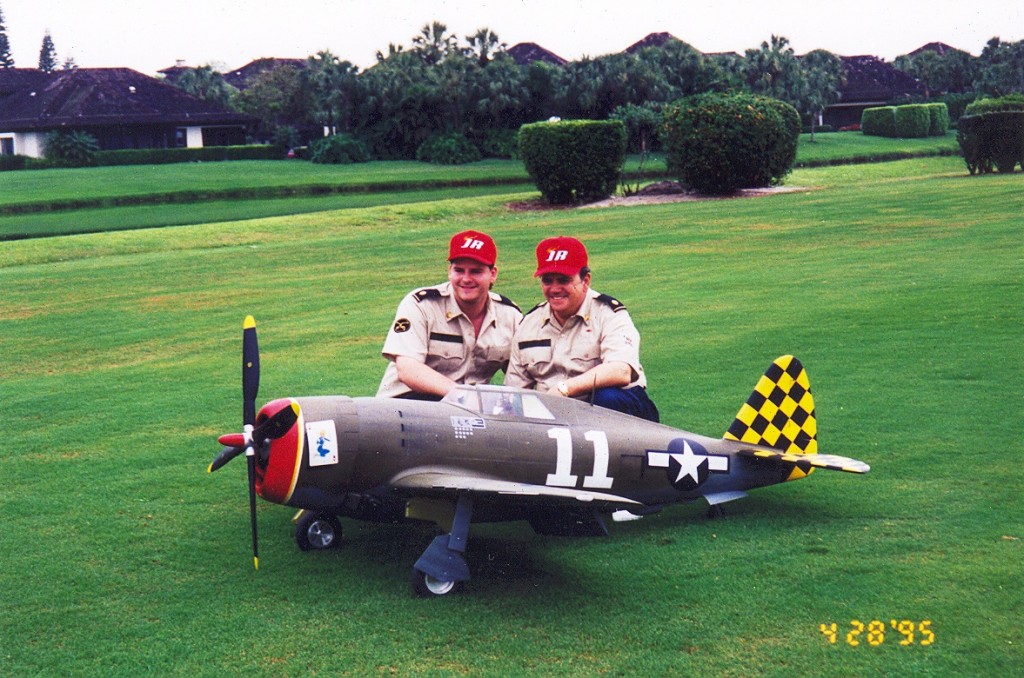