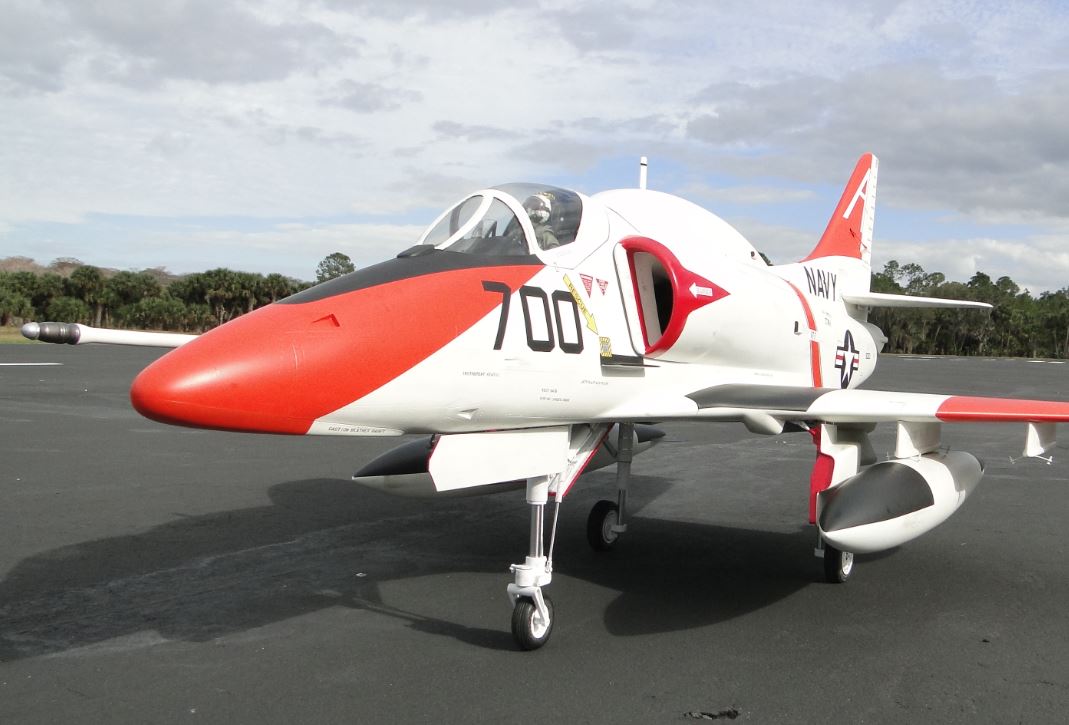 Timothy Len from Orlando, FL, will be competing in the  Pro-AM Sportsman class with his great looking 1/5.5-scale  A-4 Skyhawk built from a Skymaster kit.

Sporting TA-4J advanced jet trainer  white and orange markings, Tim’s 1960s era aircraft carrier based attack aircraft has a 61-inch wingspan, is 85.5 inches in length and it weighs in at 41 pounds dry. The Skyhawk’s fuel capacity is one gallon and the engine is a JetCat RXI 180 which produces 40lbs. of thrust. The Radio Tim uses is a Spektrum DX-18. 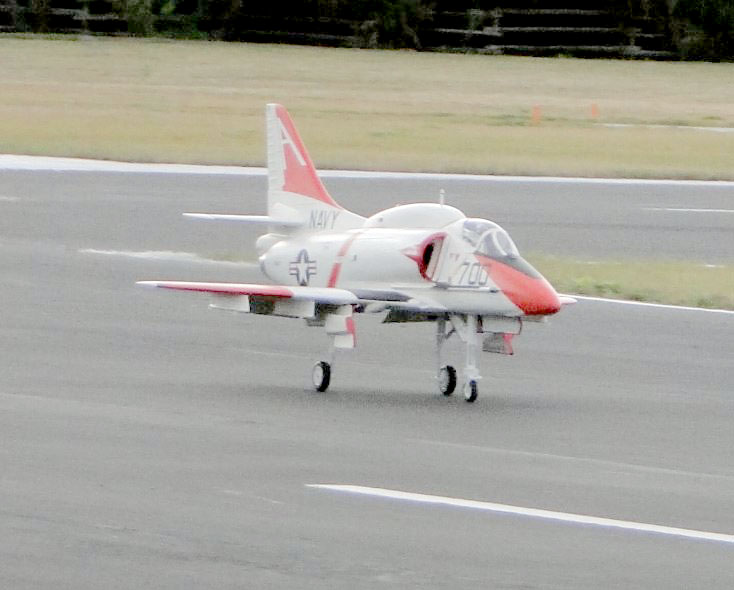 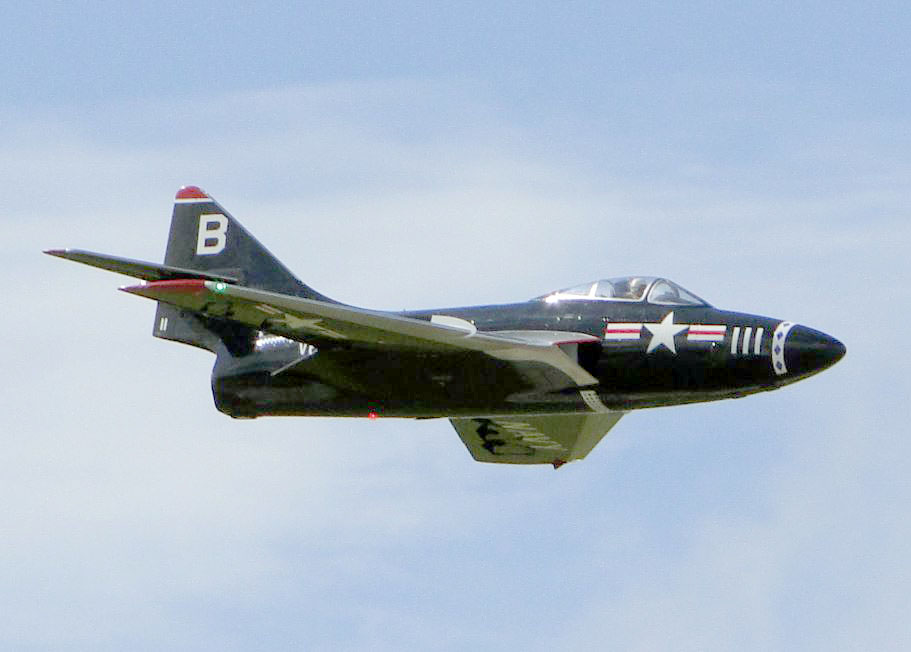