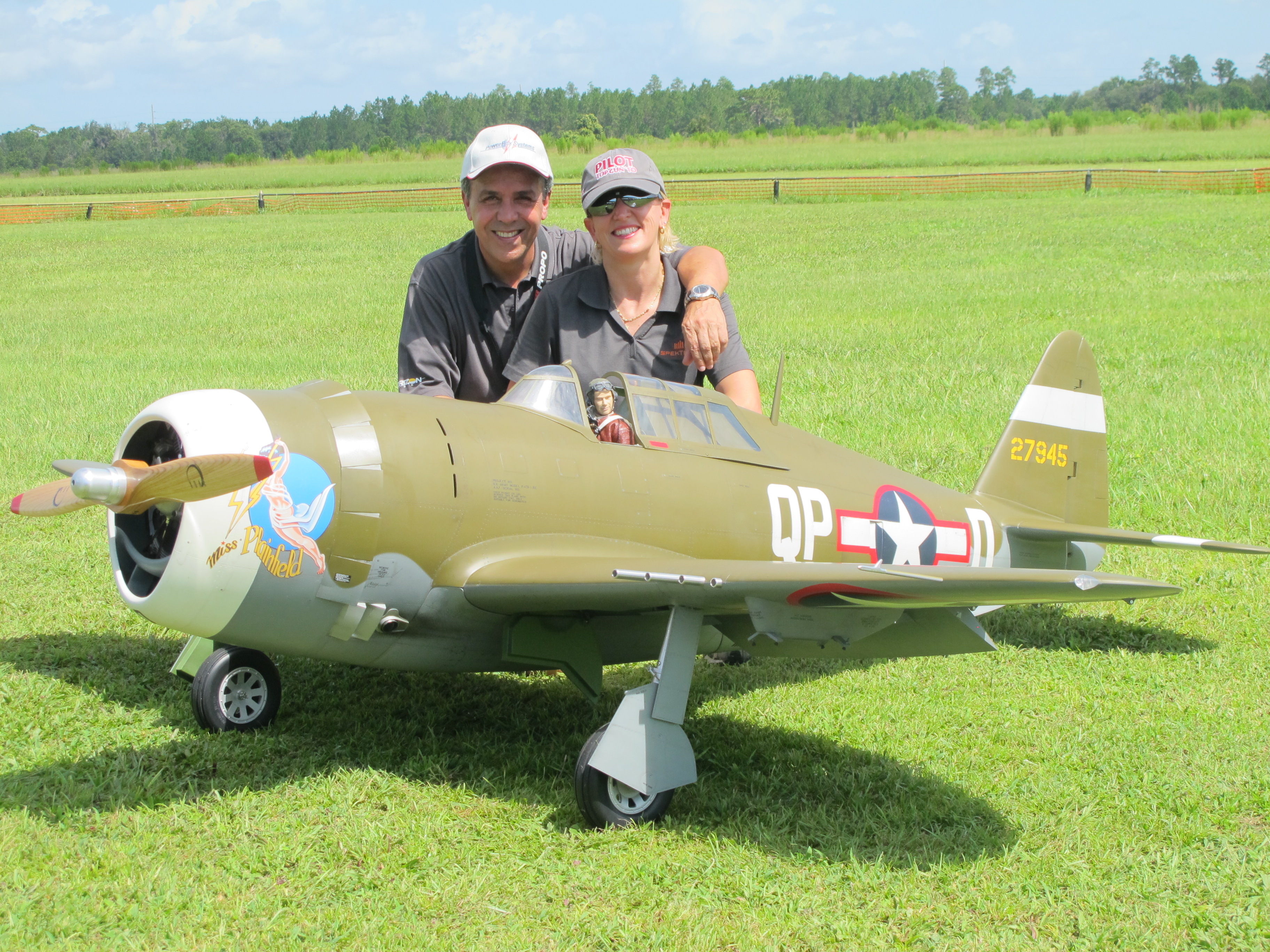 Well scale lovers, it’s that time again!! Each year MAN highlights some the most amazing and powerful scale aircraft ever built and flown in our annual “Road to Top Gun” series. And as the cold winter settle in, so do a lot of RC Scale builders and flyers as they build, setup, tweak and test fly their completion aircraft in preparation for the 2015 Top Gun Scale Invitational held at Paradise Field in Lakeland, FL. Who will take the ultimate title of “Mr. Top Gun,” Check out our online posts and see what’s coming to Frank Tiano’s annual “world series” of scale aviation! There can be only one! 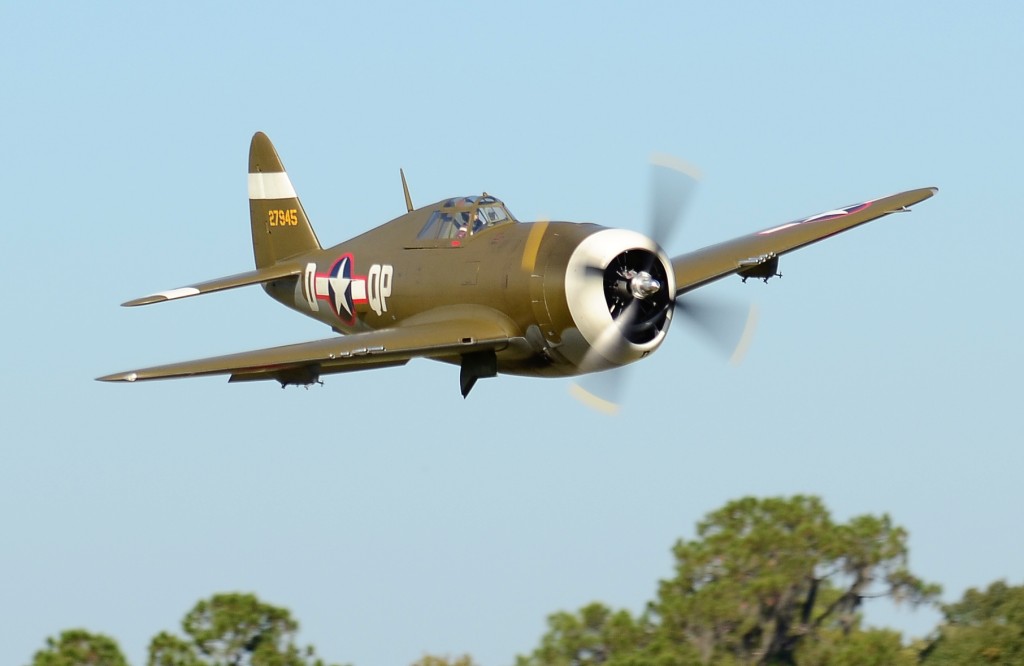 Long time Top Gun contestant Eduardo Esteves, along with his lovely wife (and caller), Ana, is competing again at the 2015 Scale Invitational with his amazing ¼-scale P-47 Thunderbolt razorback., the prototype for Eduardo’s competition aircraft was flown by Steve Pisanos  in the European theater during WW2. Built from a CARF-Models composite kit, the Thunderbolt has a wingspan of 110 inches and is powered by a MOKI 250cc radial engine turning a Sollo Propeller. Radio system is a JR 12X transmitter and Powerbox Cockpit SRS receiver, all servos are JR. 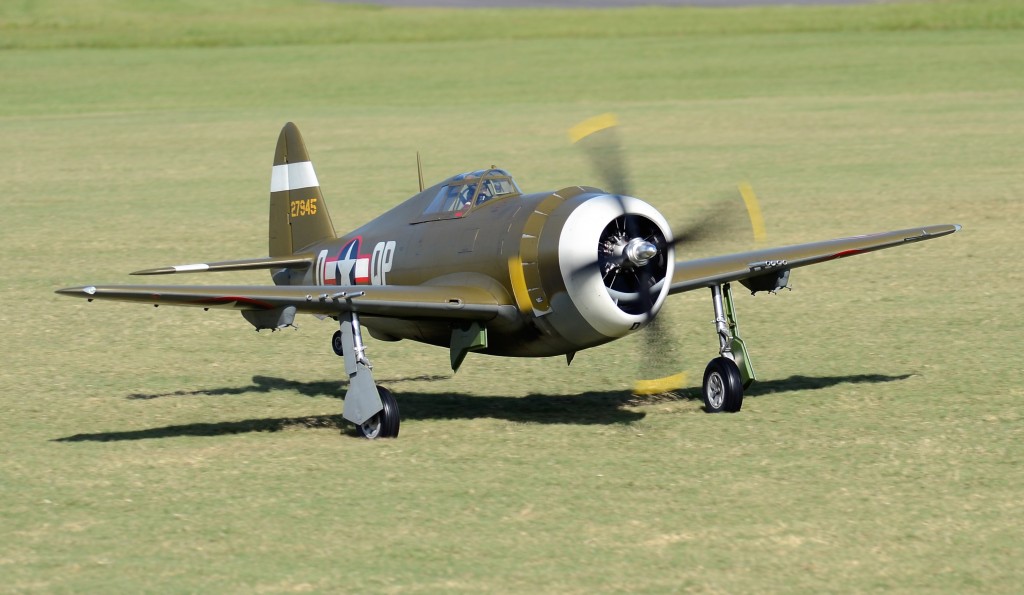 The model was built by Denny DeWeese and is painted with Klasskote 2-part epoxy paint finished in the “Miss Plainfield” paint scheme.

The full-size “Miss Plainfield” was flown by ex-Eagle Squadron Ace Steve Pisanos. It was one of a number of 4th Fighter Groups P-47s adorned with professionally rendered nose art. Four of Steve Pisanos five kills were claimed in this early version of the aircraft. 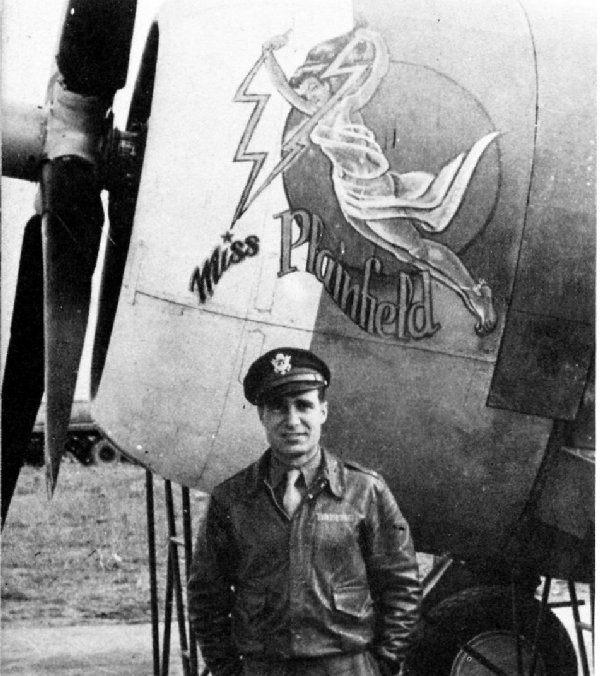 The very first Republic Aviation P-47 combat mission was flown on March 10, 1943 when the 4th FG flew their Thunderbolts on a fighter sweep over France. By 1944, the P-47 Thunderbolt was in service with the USAAF in all of operational theaters, except for Alaska. Though eventually replaced in it long-range bomber escort roles over Europe by the P-51 Mustang, the P-47 was use throughout the war up until the very end and as a type, the Thunderbolt is credited with more than 3,750 air-to-air victories and flew a total of 746,000 sorties. In all, 15,678 P-47 Thunderbolts, (of all types), were produced, ending the series with the P-47N in October 1945. The aircraft served with the U.S. Army Air Force, (U.S. Air Force after 1947), until 1949 and was used by the Air National Guard up until 1953.