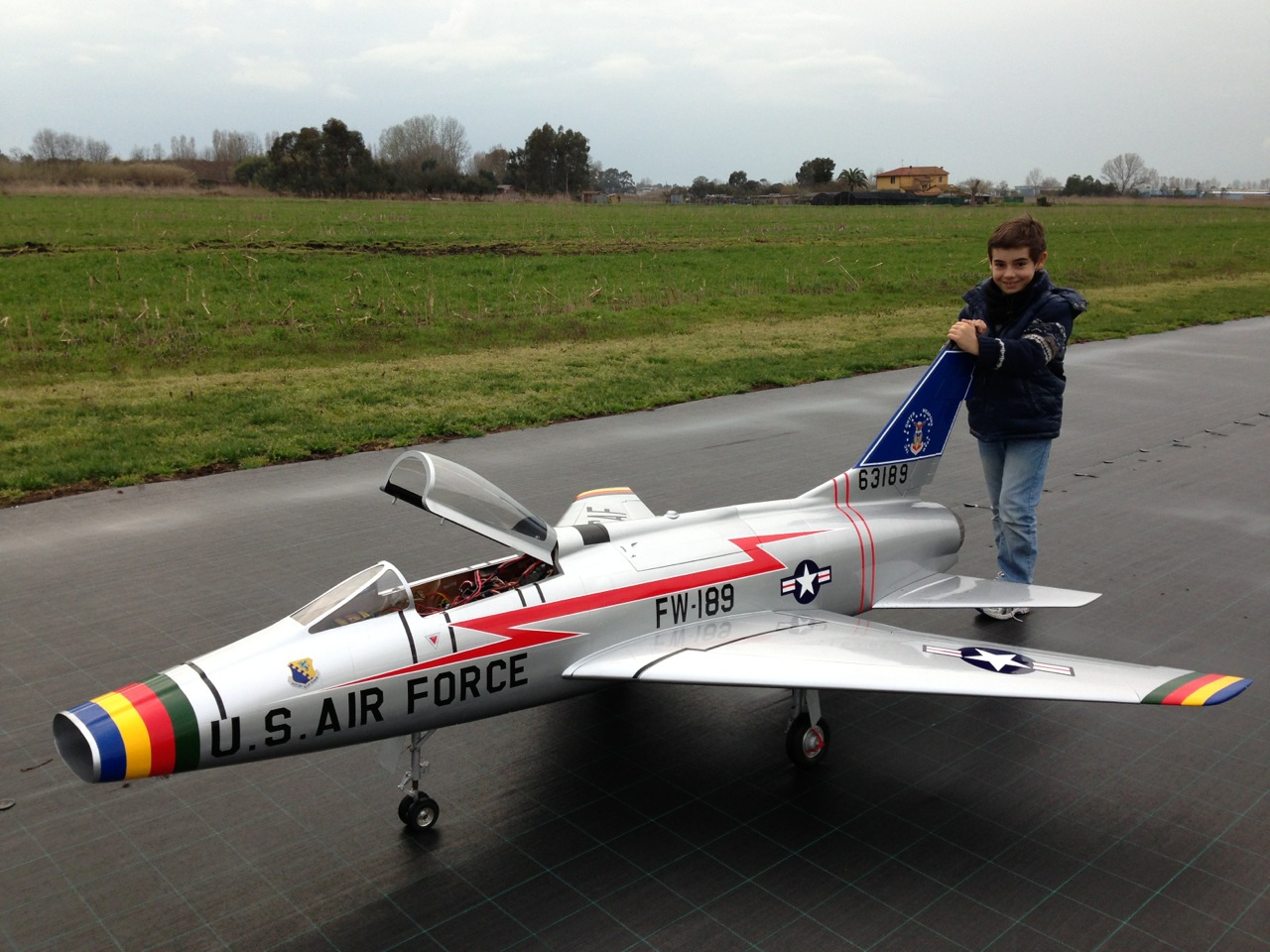 The newest “Road” entry to the upcoming 25th Annual Top Gun Scale Invitational is Marco Benincasa from Via Reggio, Italy, who will be competing in the Pro Am Pro with this impressive F-100 Super Sabre Jet.  The Aircraft is 1/4,5-scale and has a wingspan of 85 inches. Weight is 60 Lbs and the jet is powered by an Evojet 180VX turbine engine. 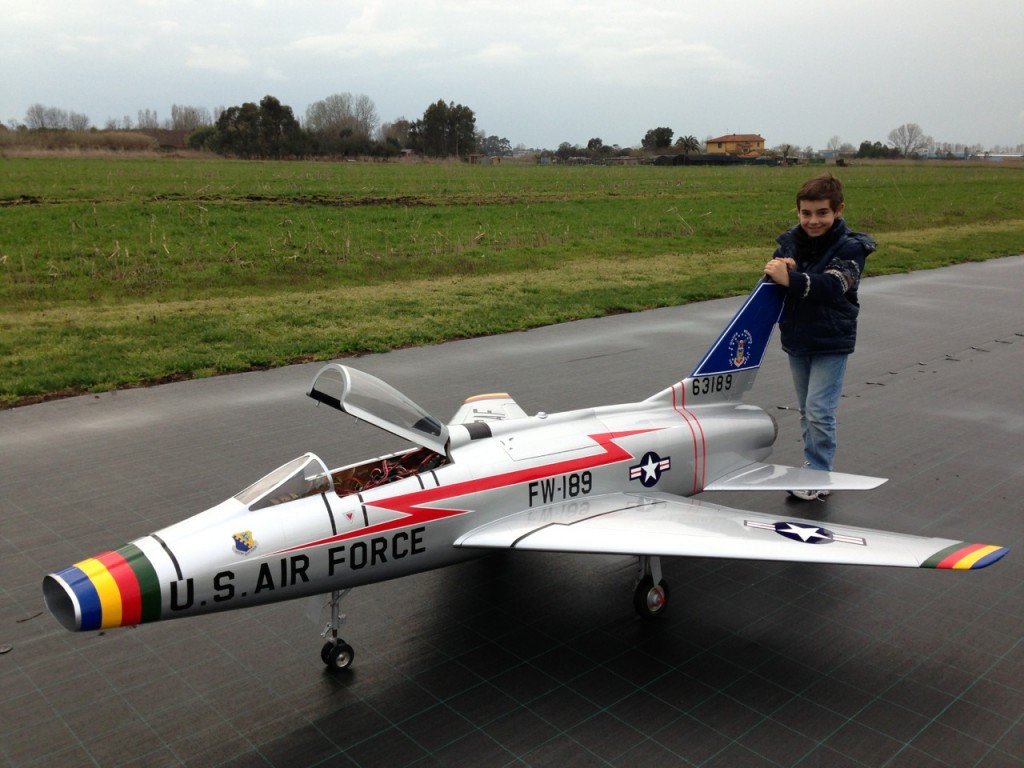 This is a prototype model and it is controlled with a  Futaba T18MZ. Shown here with Marco’s son Riccardo.

Marco has been a RC Pilot since 1980  and is the owner of the two biggest Italian modelling magazines “Modellistica International” and “Volo Elettrico”.  www.modellisticaint.it  He is also an 11-time F3A Pattern Italian Champion, and has won, Individual Bronze Medal F3A European Championship 2000 and 2002, Team Gold Medal F3A European Championship 2000. Marco -previously earned a 3rd place at Top Gun in 2007 and 2011 and was a T.O.C. competitor in 1999 and 2002, the Don Lowe Masters and Tucson Shootout.