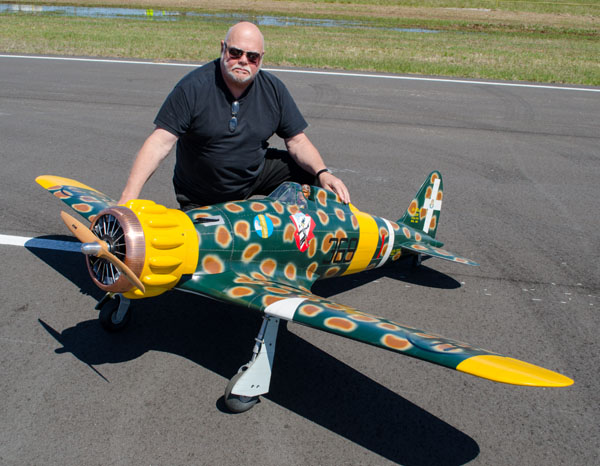 As if, Top Gun creator and promoter, Frank Tiano, isn’t busy enough during his annual Scale Invitational competition, Frank often registers as a pilot to compete along with the rest of the scale pilots at the event. This year, Frank will be flying in the  Pro-Am class (Pro-Prop) with his impressive Macchi 200. 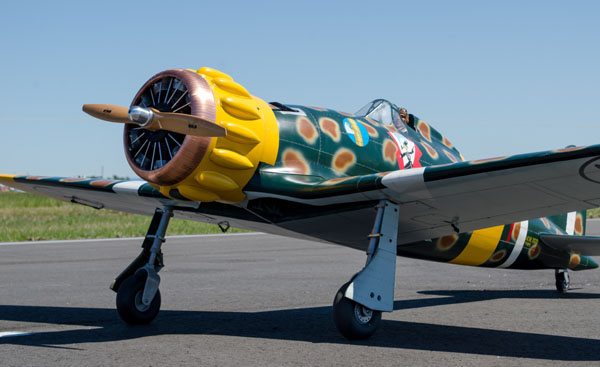 A radial engine version of the Macchi 202, the original plans were purchased many years ago from Model Airplane News. Frank enlarged the plans to 104-inch span.  39 pounds is the final weight including 4 pounds of nose weight. All fiberglass parts were made from scratch by Frank Tiano or Eddie Newman and the Macchi sits on a set of Sierra main landing gear. Frank controls his plane with a Futaba 14MZ radio, uses 11 channels, (2 Aileron, 2 Elevator, Tail Wheel Steering, Rudder, 2 Flaps, Retract Gear, Throttle & Choke.) 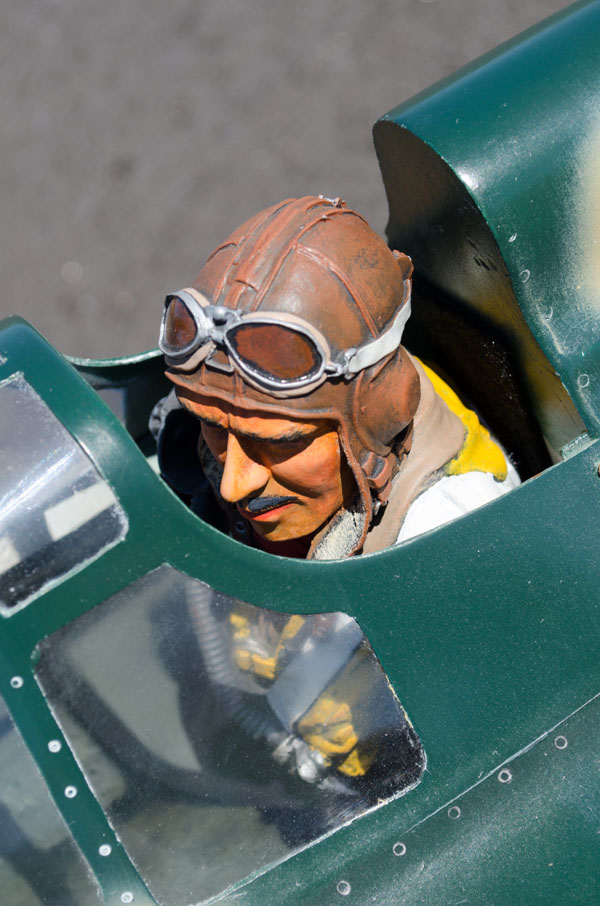 Powered with a Zenoah GT-80 twin-cylinder engine turning a Bold 22×12 prop, Frank’s Macchi is an excellent performing airplane. Frank reports that his recent test flight showed the  flaps are super effective, and the model has great slow flight characteristics. Overall the Macchi 200 is a smooth flyer and is very aerobatic. 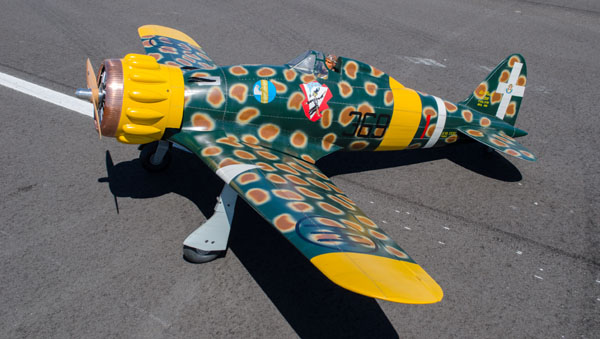 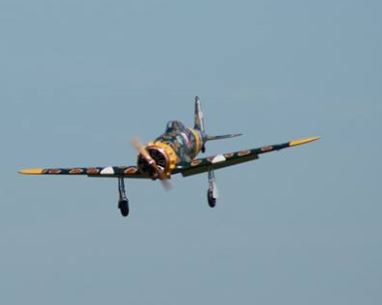