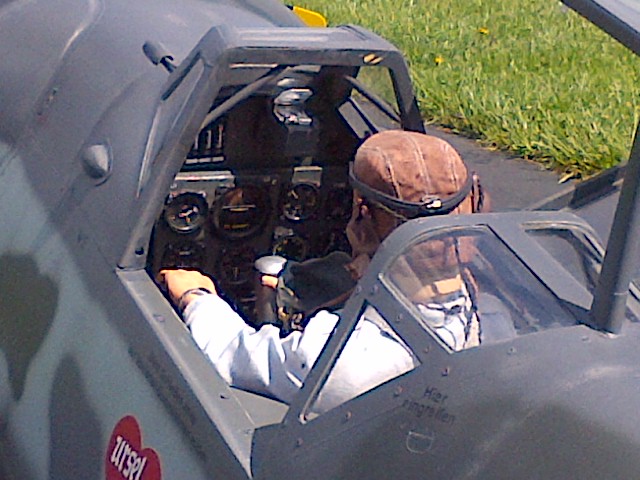 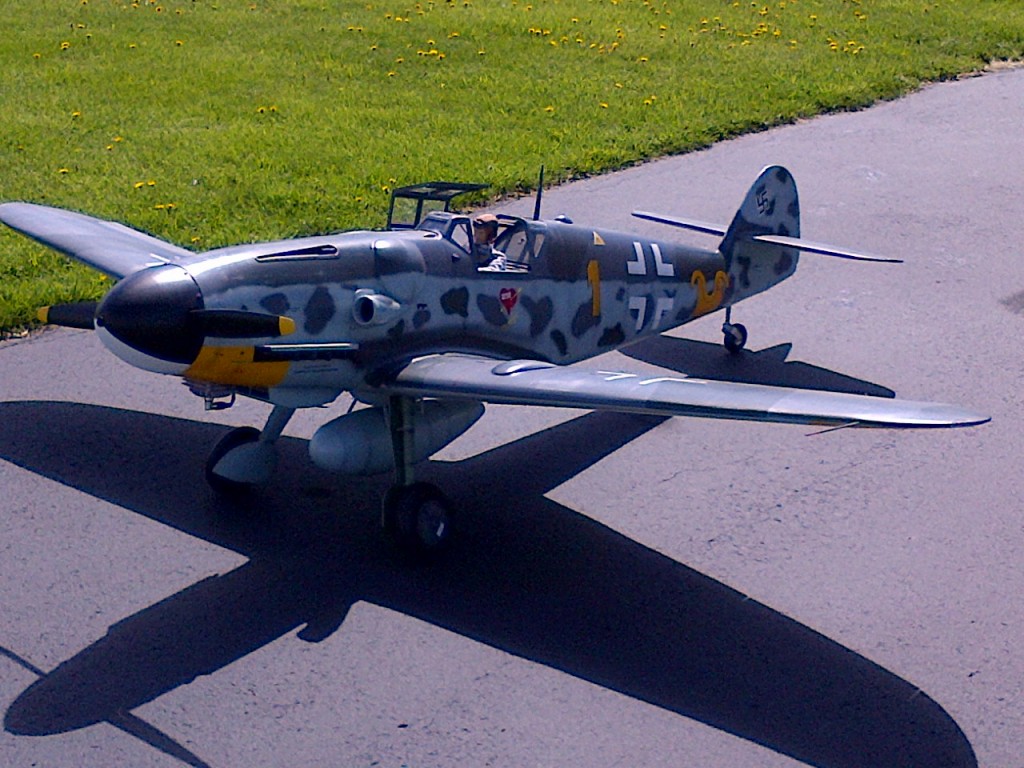 “I’m testing the new Bold 26×10 prop from FTE and its working very well.  The first flight had a few things come loose such as the engine!!  But some Thread Locker  and a second set of bolts fixed that problem.  Overall, I’m very happy with the performance of the BF-109, but just as aircraft are known for, you have to stay on the power during landing.  I bring the plane in on about 1/3rd power until it is about a foot off the ground. I then cut the power for touchdown.  The rudder is much more effective than I thought it would be.  At this point, the plane is packed and ready for Top Gun!” 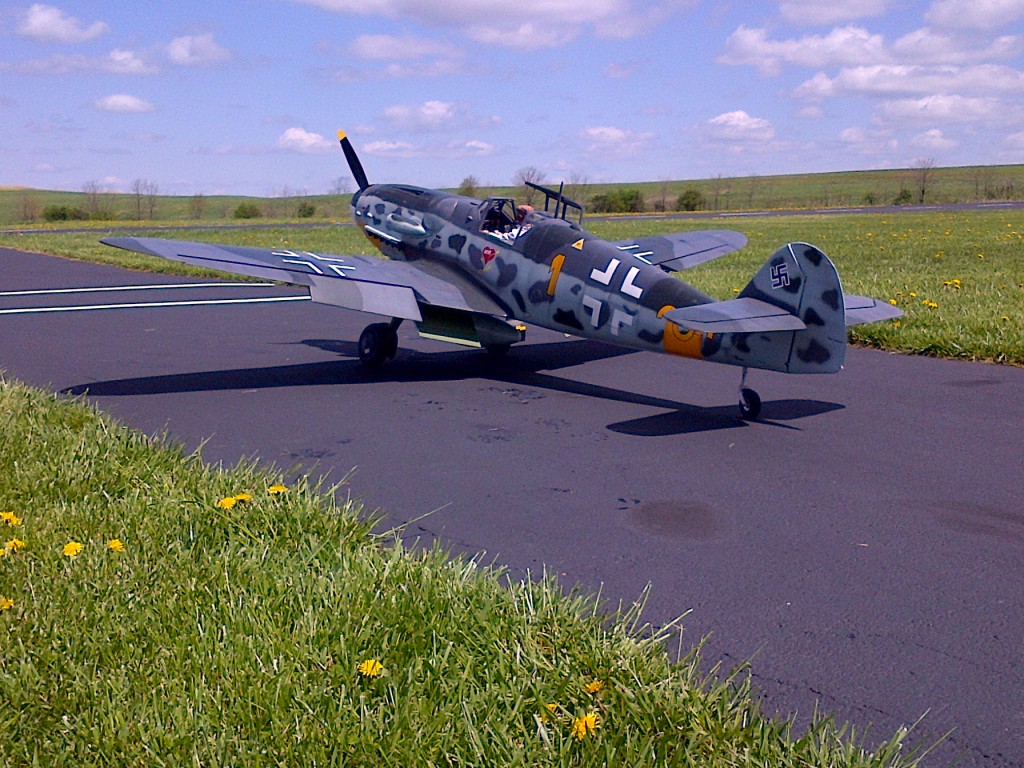 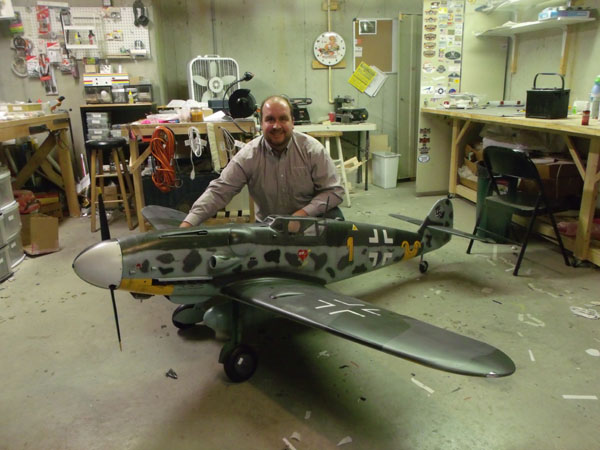 Famous for his Warbird Alley “Lounge and BBQ” under the  tents on the Top Gun Flightline, P.J. Ash is well on his way to completing his new Meister Platinum 109 kit. He has selected to reproduce a representation the first Messerschmitt BF-109G flown by German WW2 Ace of Aces, Eric Hartmann . 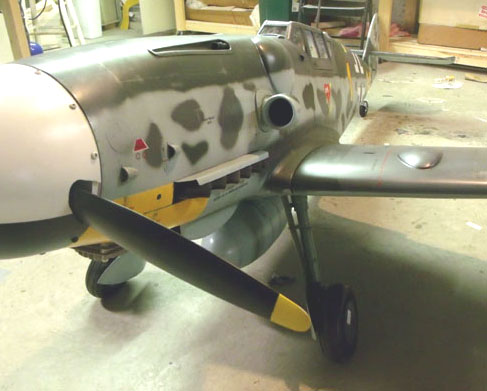 The plane has a fiberglass fuselage and this is the first Meister Scale kit to be produced with an all-wood built-up wing, (the original design was a PCM kit that used foam wing cores.)  The Bf-109G has a 100 inch span and is 91 inches long. It is powered by a Desert Aircraft DA 85cc engine, and the retracts are from Sierra Giant. P.J. is using a JR 12X 2.4GHz radio system and the model has been under construction for about 8 months, all glue is from ZAP. 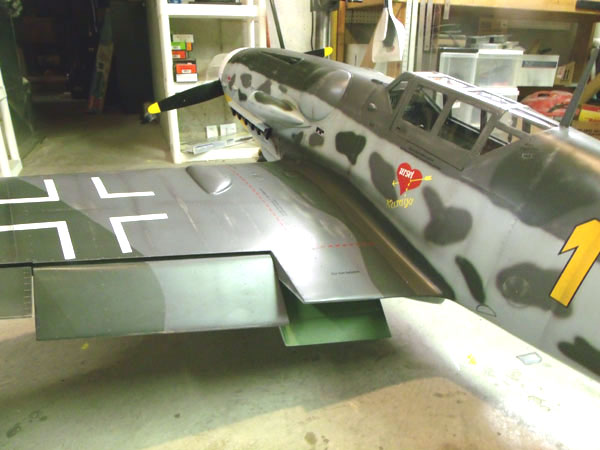 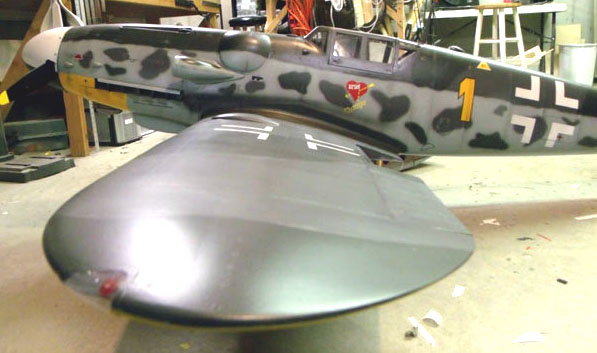 P.J. comments that he was having a hard time finding a good paint scheme and Frank Tiano not only gave him a great scale pilot, but also sent him a ton of documentation for the plane. He was going to do the same one a long time ago and never got around to it. Many people do his plane, but not his first one. He went through several 109s during WWII.