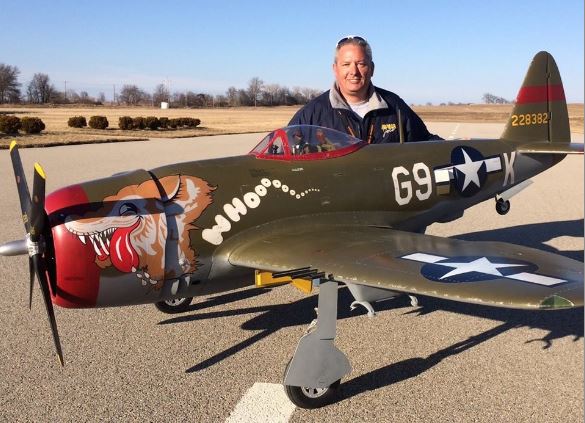 We just heard from our buddy Greg Wright and he says he will be competing at Top Gun for his second year. The plane he has decided to bring (for the Sportsman class), is his CARF-Models-P-47 Thunderbolt with Bubble canopy. He built the plane over the winter two years ago and also entered it in the 2014 Toledo show where his amazing “Jug” get a lot of attention. He then went to the Joe Nall giant scale event for the aircraft’s first public “on the flightline” showing and over the nine day event Greg flew the P-47 12 times. 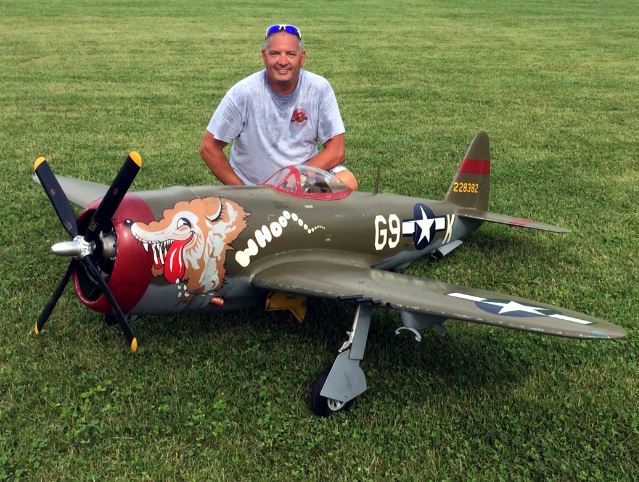 The plane is built using standard construction technics for a all composite type plane so here are some of the features that are on the plane. the plane has the standard 4 controls of Elevator, Ailerons, rudder, throttle. It also has built in to it a set of scale fowler flaps. the landing gear are a set of Sierra Giant Scale retracts along with a set of scale wheels. It is powered by a Moki 5-Cylinder gas radial 4stroke engine. I have even put quite a bit of extra detail into the plane. 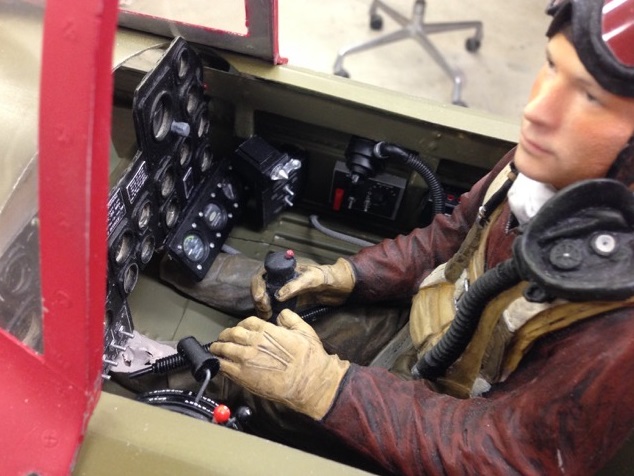 Over the course of  three months Greg installed about 3000  #1 screws into the appropriate scale locations on the removable panels of the real plane. This was done before he painted the whole plane. This winter he felt that the plane was just missing some details so he went back over the entire plane and applied over 60,000 vinyl rivets to the surface of the plane. Then went back and with a fine tip bristle brush and hand painted over the top of each rivet to make them look more authentic. 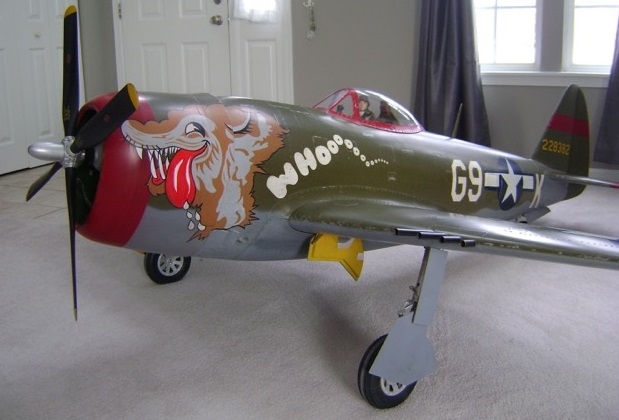