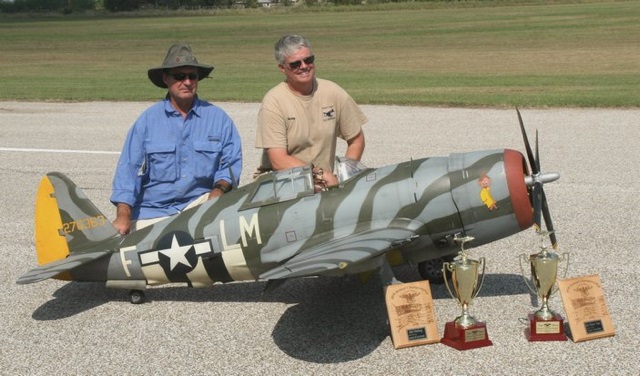 We just heard from Greg “Growler” Thomas of Las Vegas, NV who has teamed up as pilot with builder, Phil Smith of Montgomery, TX to compete this at Top Gun in the Team Scale category. The team earned their Top Gun spot by placing second the class at the U.S. Scale Masters in 2015. Phil Smith who is the builder and owner of the very impressive P-47D Razorback.

The heavy metal warbird was built from a CARF-Models kit and it is  powered by a Moki 5-cylinder 250cc gas engine. The model is a composite ARF kit, and it is equipped with Scale Sierra Retracts, functional struts and wheels, and a scale 4-blade Solo prop is attached to the mighty Moki. A Futaba MZ-18 radio is used to guide the 110-inch span P-47 which weighs in right at 55 lbs. The Razorback also features a scale exhaust,  an operable sliding canopy, cowl cooling flaps and lights. The paint and markings are KlassKote epoxy with ProMark panel and nomenclature decals and graphics. 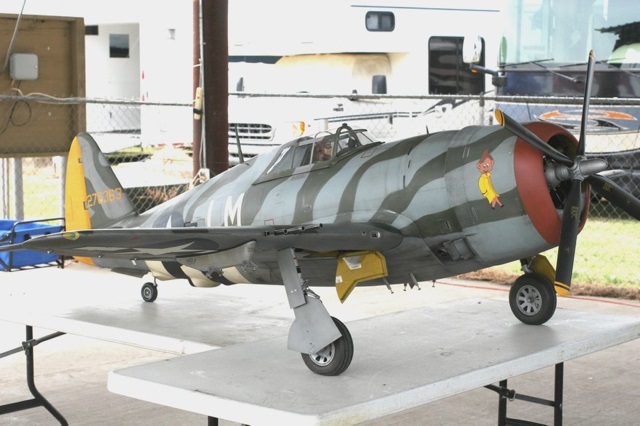 The model subject is a 56th Fighter Group airplane flown by Joe Powers, who was credited with shooting down Luftwaffe Ace Gunther Rall while flying this aircraft.