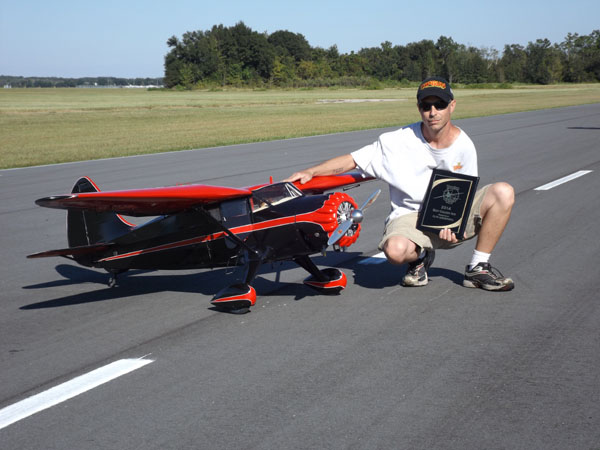 Being entered into expert class at Top Gun this year is the beautiful Stinson Reliant by James Prive. Based on the popular Top flight kit, the model has a 100.5
inch wingspan and is just under 1/4 scale.  James made several modifications and this is his second year at the Scale Invitational. Power is produced by a DLE 30cc gas engine, and the model has a fully detailed cockpit with hand carved steering wheels. James uses a Futaba 8FG transmitter. 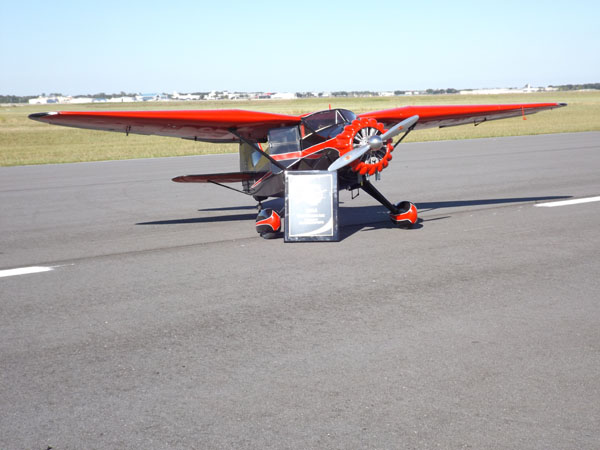 Other features include, leather door panels and rear seat. When the doors are opened the model plays a 30-second audio clip of “Fly Me to
the Moon” by Frank Sinatra. James also added additional wing ribs for a better scale outline and a TME smoke system. The scale dummy Pratt and Whitney R985 radial engine is a resin cast piece from FTE (franktiano.com). 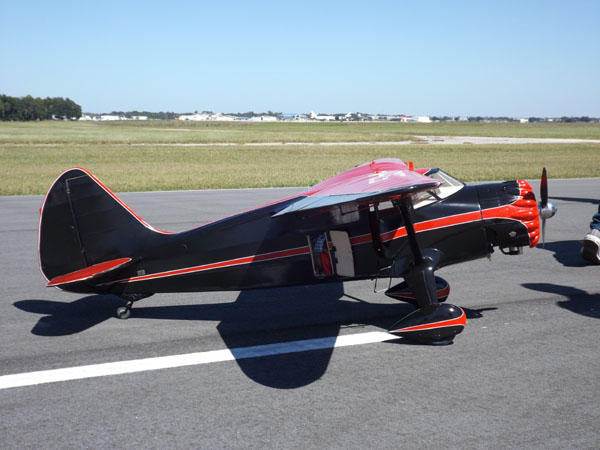 The model is covered with scraps of Stits covering from the full-scale aircraft as well as some Worldtex fabric
painted with a combination of Randolf dope and Rustolium enamel spray paint. Scale rib tapes have also been applied using the product from (Pinkit.com). 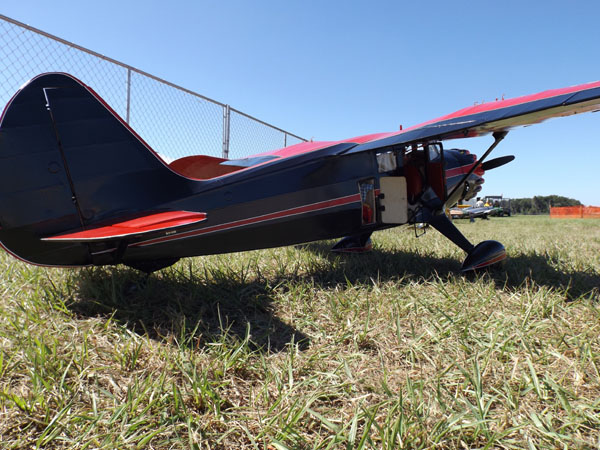